Alright Geeklings I know it’s been a tough day. Sometimes the gods look down upon us and tell us that true love doesn’t exist. But today is Wednesday. Today is new comic book day and we need to shake that off. We need to find a blank space to write twenty-two of our wildest dreams, bury the bad blood, find a new love story (is this enough Taylor Swift references for you?! P.S. home girl is single again. Must mean a new album is on the way), and most importantly… read some freakin’ comic books! It’s new comic book day and we don’t got time for foolish love! Not when there are comics to be read.

Welcome back to The Pull List Geeklings where I’ll even go so far as to make Taylor Swift pop culture references for a cheap laugh. In my defense I think I totally nailed it, and let’s be honest, so did you. At least one of you laughed. Maybe two. Moving on though because we have a lot of things to cover this week. For starters The Pull List is going to start using a new layout, and I’m hoping you guys will let me know what you think. Sometimes I think the article gets a little crowded with the all the covers, and I’m looking to streamline things a bit. Individualize things so books get full plugs. I’m going to toy around with it for a couple of weeks unless you guys hate it, and then it’ll be back to the way things were. I’m here for you.

Last week was a tremendous comic book week as DC’s Rebirth straight up killed it. Honestly, it’s one of the best individual comic book issues I’ve read in ages, and did a tremendous job of rebooting the DC universe without crapping all over the New 52. Yes it looks like things are going to be brought together timeline wise but the New 52 is being explained away opposed to pretending that it never happened. I appreciate things like that. Plus let’s talk about some of the happenings *spoilers* Wally West is back and it looks like Dr. Manhattan (yes of Watchmen fame… !!!!) was the one behind the entire New 52. If that’s not a face melter than I don’t know what is. For the first time in a long time, I’m super excited about a number of DC books and anxiously await seeing how this thing is going to play out.

With Rebirth finally seeing the light of day last week that means there are a number or Rebirth books to hit the market this week (like one that’s worth your time but not featured, Green Arrow) as this new DC status quo looks to take shape. You may have also heard that Marvel has it’s own things going on (besides Captain America turning heel and revealing *spoiler* that he’s been a Hydra plant… the whole time!!!!) like a little thing called Civil War II. Big things ahead for our summer reading, Geeklings. Why don’t we get down to the books you should be spending your adult dollars on though, shall we? 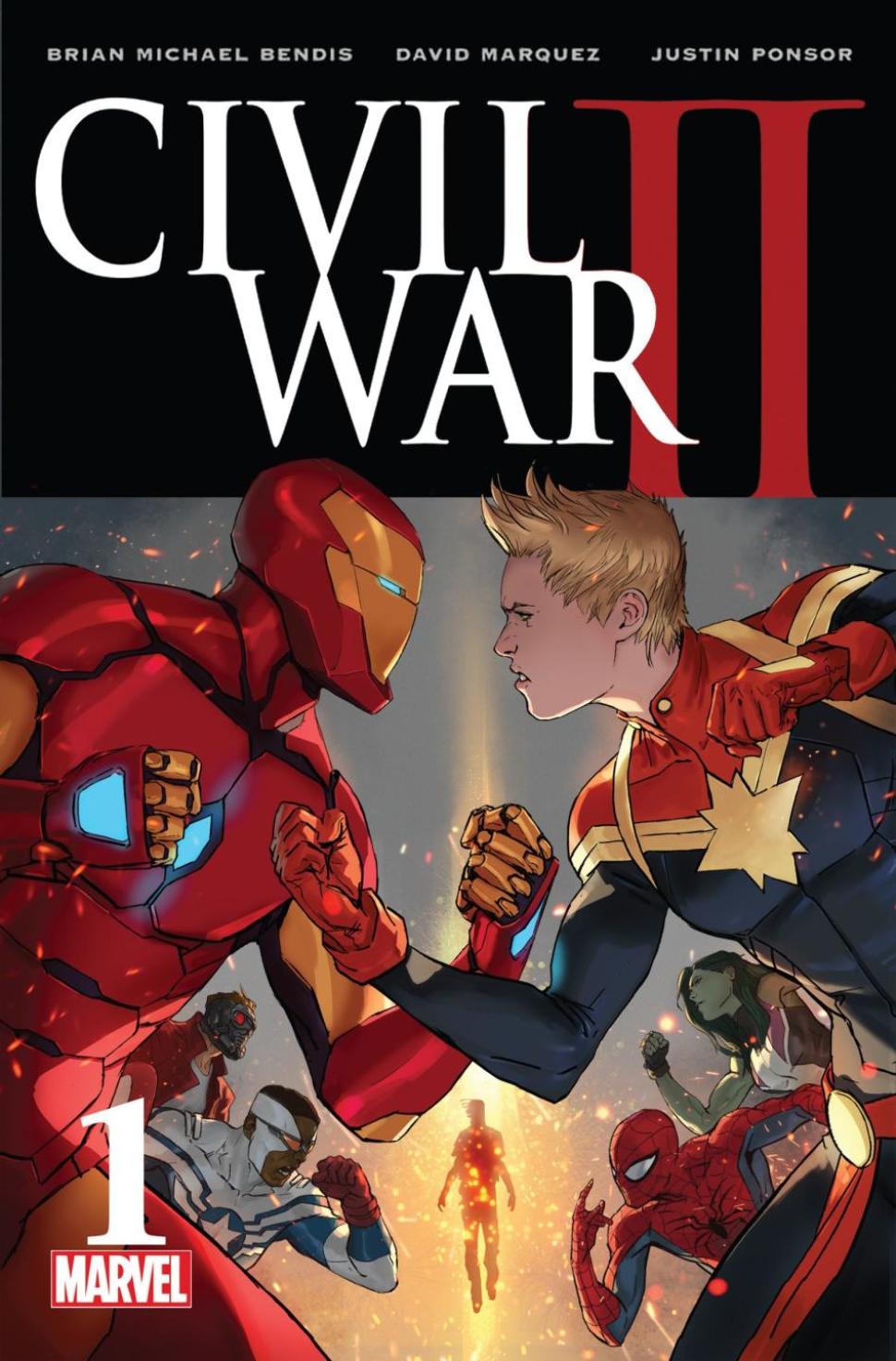 1. Civil War II #1– This series has already seen the release of two issues with the #0 label so one can safely assume that issue one will bring the conflict forward (and having already read the issue I can confirm that it indeed does just that). Civil War II #1 merges the times lines from both issue zeroes (most importantly the Free Comic Book Day issue) and let’s us know what’s on the line here. I thought #0 , from a couple of weeks ago was a bit too talky and light on the action, but issue one comes out swinging right out of the gate. While the issue never captures the emotion and excitement of the first Civil War it does deliver fantastic art and great character moments (Tony Stark shines in this issue). Bendis has the ability to create distinct voices that ring true for the characters and that makes for this issue being highly enjoyable. I’m curious to see where we go from here as battle lines are drawn and casualties are already being added up. Civil War II seems like it could be a solid way to spend your summer in the Marvel universe. 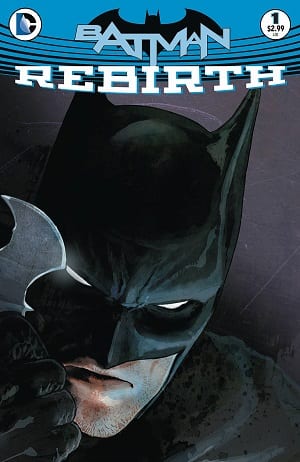 2. Batman Rebirth– Scott Snyder is back to co-write this issue with new Batman writer, Tom King. When Rebirth ended last week, we saw Batman picking the Comedian’s smiley face button out of the walls of the batcave, in what has to be one of my favorite comic book images in a long time. This issue should read like the passing of the torch as well as establishing Bats position in the new DCU. I know we can expect the revamping of the Calendar Man but I’m curious to see if there will be any fall out from Batman’s discovery in the batcave. Chances are that will be a bit of a slow burn, but having the world’s greatest detective on the case has me confident that we’ll get answers. Plus don’t forget as of last week *spoilers* we now know that there are three different versions of the Joker so expect that to come into play sooner rather than later. 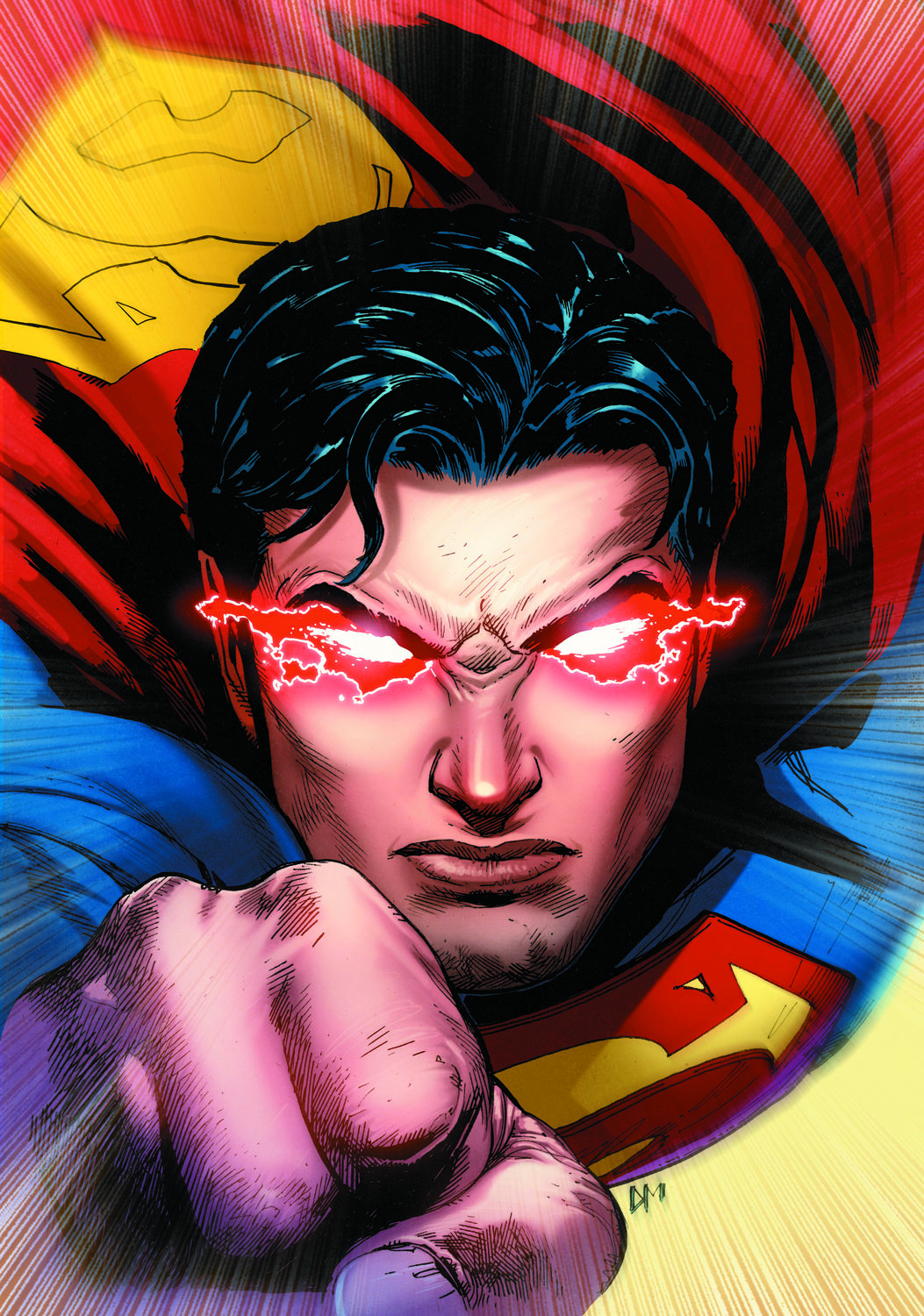 3. Superman Rebirth- The Man of Steel is Dead! Long live the Man of Steel! I have always wanted to write something like that. Any way *spoilers* the New 52 version of Superman died last week and the pre-Flashpoint version of Superman has emerged from hiding with his wife and son in tow (instantly I’m reminded of the Mallrats conversation on Superman’s ability to have a baby with a human). Are we confused yet? DC time lines can be very confusing, but I’m digging this idea quite a bit. This book will feature a Superman that did not experience the New 52 like the other heroes as well as maintaining memories of things that some of these heroes may have forgotten over the course of the last ten years (story line wise). While, I remain, not the biggest Superman fan in the world (Injustice Superman is where it’s at) he should prove to have a very important role in this new DC universe. 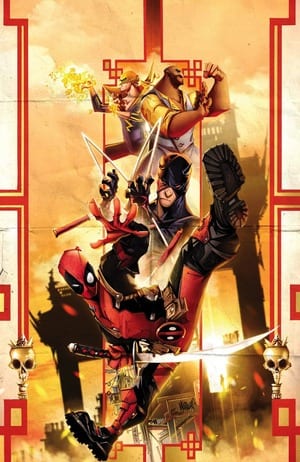 4. Deadpool/Daredevil/Power Man & Iron Fist crossover– Alright, I want you to take a moment and think of a group of heroes who would make a fun but random crossover event. Did you come up with Deadpool, Daredevil, Luke Cage, and Iron Fist? Well you should have as they were mentioned just a couple of seconds ago. Come on guys, work with me. The coolest thing about this book is that it takes an entire cross over (four issues, two Deadpool, 1 Daredevil, and 1 Power Man and Iron Fist) and packs them all into one issue. It’s a crossover event without all the waiting! How cool is that?! This book should prove to be highly entertaining if for nothing more than to see how Deadpool interacts with the other heroes. Sweet Christmas, this one should be a lot of fun and at a pretty reasonable price too ($9.99). 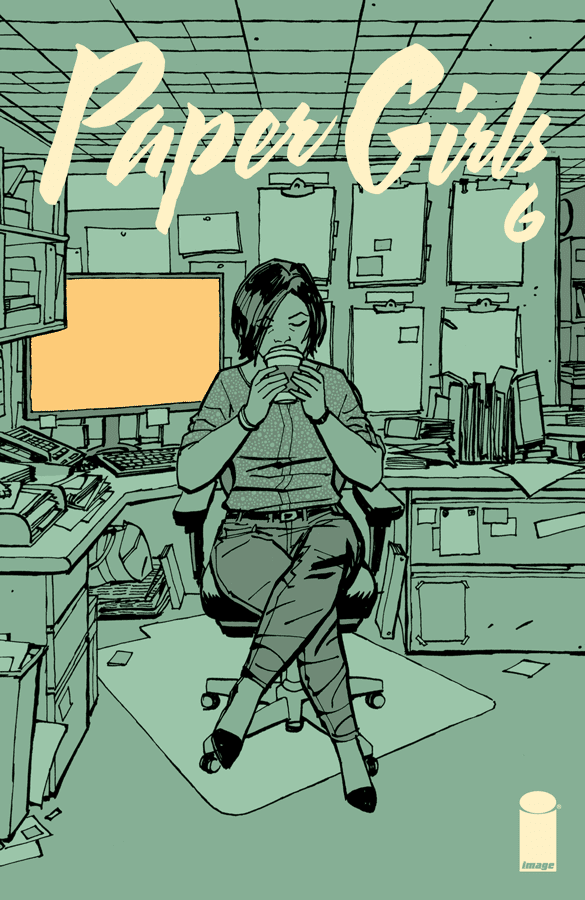 5. Paper Girls #6– Any time a new Brian K Vaughn book comes out it’s worth mentioning. Paper Girls has been a fun read filled with all types of sci-fi weirdness and 80’s nostalgia. Vaughn might create the best characters ever and that helps make his stories more believable/awesome. Not only is the story filled with nostalgia but the art is as well. The coloring seems very specific to the era and becomes a vital part of the story being told. It’s a Brian K Vaughn book so I really shouldn’t have to sell you too much on it. Plus, it’ll help fill the void until Saga returns.

There you have it Geeklings! There are other books out there (like a new Punisher and Amazing Spider-Man) but these are the ones that stuck out the most. Give them a whirl… or don’t. But if you’re not please sound off below with what you’re reading. See you all next week, and be strong over the next couple of days. I’m sure T. Swizzle will find love again. At least we have comics.