I don’t know about you, Geeklings, but I could totally use the uplifting nature of comic book today. Last night I made the mistake of watching the season finale of The Flash as well as Sunday’s Game of Thrones and thus feel emotionally crippled. I literally have no more feels to give at this point. If you were to take a peek at my heart it would most likely look a little like this:

So, thank the gods for comic book day! As it turns out this happens to be a massively, huge, crazy town banana pants of a comic book day. As both Marvel and DC are competing for headline glory, and just when you thought DC had the day, Marvel releases a little book called Captain America: Steve Rogers #1 and I’m back feeling like: 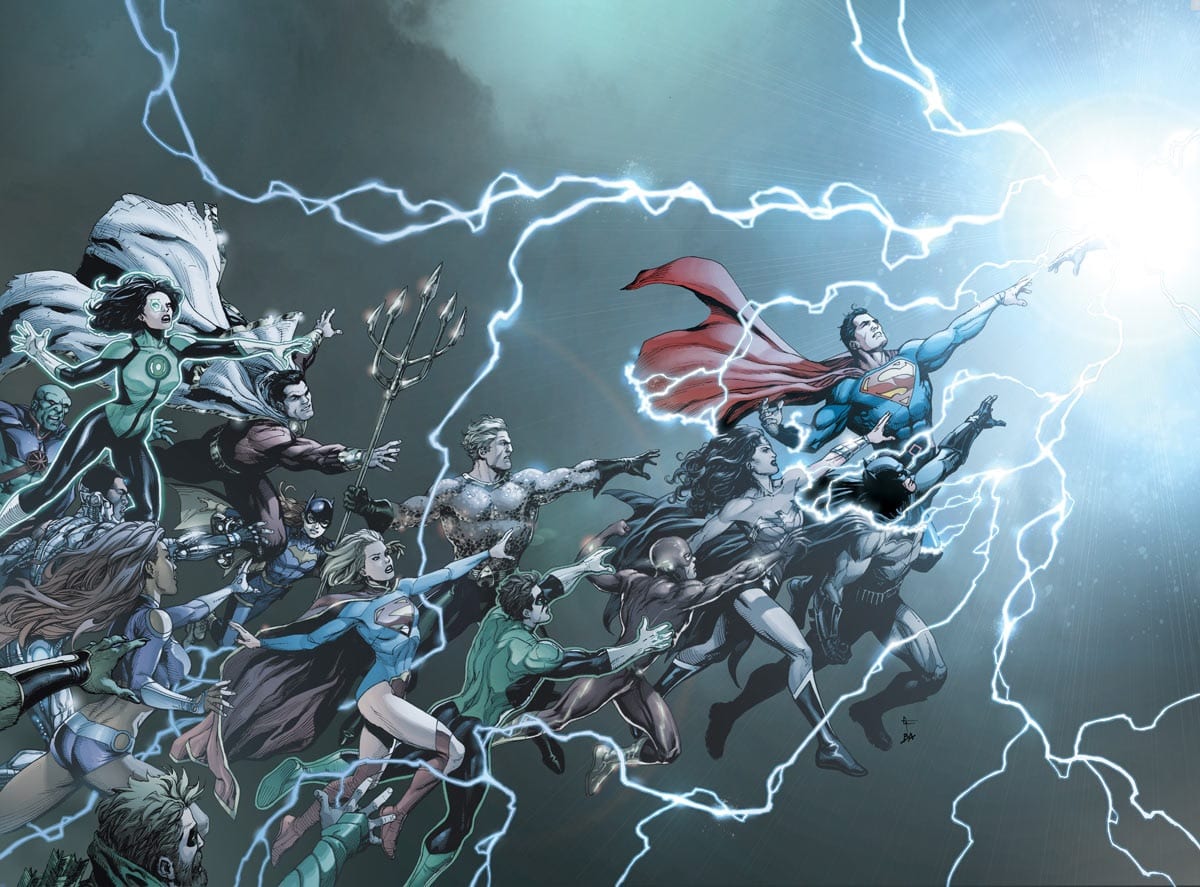 Before we visit that little book let’s spend some time with DC because they have a huge release today with Rebirth #1. The New 52 took it’s share of flack as people felt that those books ignored the long, storied, super complicated, history of DC books and its characters. Well DC has finally heard your voice Geeklings and look to repay you long time readers with a book of hope and optimism. Rebirth may have dropped today but the internet has been talking about the fall out since last Thursday, and I’ve been one of the lucky ones who 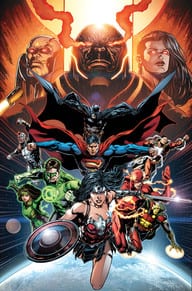 have stayed spoiler free. Although all the reviews have been glowing and to say that this book is hotly anticipated would be an understatement. There are huge changes/reveals coming our way as DC looks to bring back some of it’s continuity as well as give new/existing readers hope that their characters are finally on the right path. There will be deaths and returns and a new horizon all in one issue. If the kick off of a new era in DC comics wasn’t enough for you, then you might want to check out Justice League #50 which will conclude the Darkseid War story line as well as bring some major revelations itself. Oh, you want to know what one of these could be? How about a little thing like… who the Joker actually is! Yeah that’s right, DC is looking to explore the identity of the Joker and if that’s not worth your adult dollars I don’t know what is. 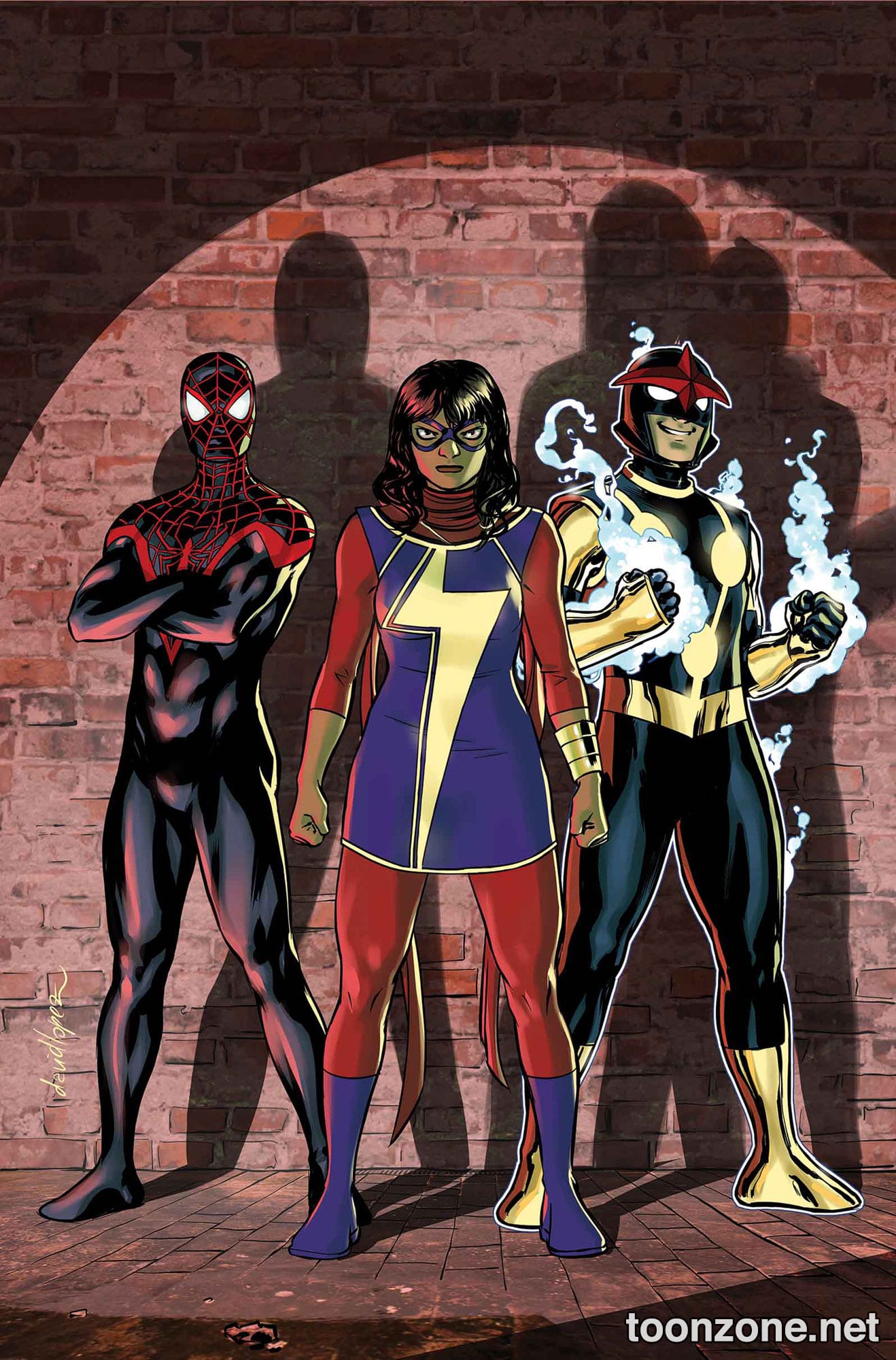 Then we turn to Marvel who may have started Civil War II last week but couldn’t keep themselves from trying to steal the headlines away from DC today. That’s a whole different type of war. As we know Steve Rogers has his powers back and is now sharing the mantel of Captain America with Sam Wilson. Oh the happiest of happy days to have Steve Rogers back at full form. Doesn’t it go so perfectly with his 75th anniversary and the box office dominance that is Captain America: Civil War? Yeeeeeeah, well Marvel might want you to forget those warm fuzzy feelings as Captain America: Steve Rogers #1 is looking to put everything you know about Cap and flip it upside down, shake it, set it on fire, and then for good measure… pee on it. I don’t want to spoil what happens (because there is no fun in that) but you might not want to miss this one Geeklings. I’m not sure if I’m buying what’s happening in the story as fact but I’m interested in my hate of it. Elsewhere in Marvel Civil War II tie-ins are arriving and Ms. Marvel #7 looks to be a perfect place to jump in. Ms. Marvel is in that unique position where she idealizes Captain Marvel but doesn’t agree with her stance which already has the set up for a compelling story. Not to mention Miles Morales and Nova are featured on the cover, and I’m hoping Civil War II ushers these younger heroes into bigger roles within the Marvel Universe. These characters are too amazing to not be major players.

In the independents, today is a sad day as Rachel Rising #42 will see the series conclude with the answer of who actually killed Rachel (spoiler alert, it wasn’t me). Terry Moore has provided one of comics best horror stories with intricate plots and vibrant characters that has left his audience craving each issue. It’s always a sad moment saying good-bye to a beloved series, and here’s hoping that Rachel Rising rides off into the sunset.

And there you have it Geeklings! This is a major new comic book day and there are tons of game changing options to turn to. What will you decide to read? Or will you be like me and just read them all? Thoughts on DC’s Rebirth or what Marvel is doing with Steve Rogers are welcomed in the comments. Happy reading, and see you next week.