How many of us think back to a film and the first thought that comes to mind is the music? Soundtracks have a way of capturing emotions and moments of a movie and searing them into our memories. A good soundtrack can even outshine a terrible movie – Marie Antoinette anyone? A perfect example of a movie with a killer soundtrack and a not so great story.

When you think of some of the greatest movie soundtracks that accompanied awesome films, there’s Purple Rain, Pretty in Pink, Dazed and Confused, Pulp Fiction, Saturday Night Fever, The Crow, and well, let’s face it, the list could go on and on. 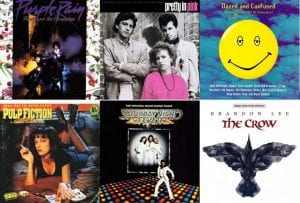 Music is an established category on the big screen, but what about TV?

It’s not until the last several years, the importance of music has found its way into TV more so than the past.  There have always be great TV theme songs, but the use of music throughout a TV series episode may not have always been as frequent. Using poignant songs to define either mood, character details, or plot turning points in a TV show is better than ever. I find myself constantly searching for songs that catch my attention during scenes.  It makes for amazing playlists! Let’s look at some popular shows and their awesome song choices on official and unofficial Spotify playlists. 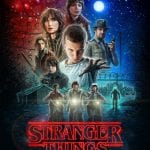 Stranger Things
Netflix’s summer hit, Stranger Things, is promising fans a release of their total 80’s soundtrack which includes the fantastically creepy score by Kyle Dixon and Michael Stein of the band Survive. If you are a child of the 80’s, as I am, you will not only thoroughly enjoy the series, but the soundtrack will get you practically giddy as it takes you back! The song “Should I Stay or Should I Go” by The Clash, plays at various key moments throughout the series.  It was just announced on Facebook that the official soundtrack Volume 1 will be release this Friday 8/12 and Volume 2 is slated for release on 8/19. 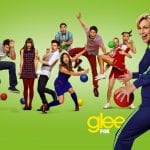 Glee
Glee brought fantastic covers and Broadway show tunes sung by the cast to our living rooms every week on Fox. They weaved songs into pivotal moments for our favorite high school characters through each episode which made them even more meaningful than your run of the mill musical comedy. “Don’t Stop Believin” from Season 1’s pilot episode is by far one of the best renditions on screen that give these outcast characters an anthem on their high school journey.  Season 3’s ‘Hold on to Sixteen’ episode, introduced “We Are Young” and marked a pinnacle moment for the characters. 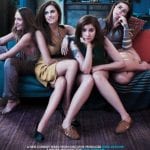 Girls
HBO’s show, Girls, revolves around the lives of four New York city girls and as we watch their ups and downs, we are entertained with a range of music spanning multiple genres. From Robyn to Lord Huron to Siouxsie and the Banshees, the eclectic playlist gives modern viewers great moments and a jamming playlist. In the episode ‘All Adventurous Women Do’ from Season 1, Hannah Horvath (Lena Dunham) is alone in her room contemplating her life when the song “Dancing on My Own” by Robyn begins and as it slowly starts to build, she lets loose in her room. I have to admit, this scene had me up and dancing along with her character in the same carefree manner. 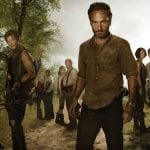 The Walking Dead
Our favorite AMC zombie filled show, The Walking Dead, skillfully incorporated some haunting tunes into its episodes. I can still see Shane played by Jon Bernthal staring at a lone zombie in the open fields as he and Rick Grimes (Andrew Lincoln) drive the unknown. This is thanks to Wye Oak’s haunting song “Civilian” which helped emphasize a key moment between the two main characters in the Season 2 episode ’18 Miles Out’. In another critical scene between the Governor’s group and Rick’s crew in Season 3’s ‘Arrow on the Doorpost’, the song “Warm Shadows” by Fink plays in the background.  Hands down, one of the best scenes as the group is on the cusp of a monumental fight. 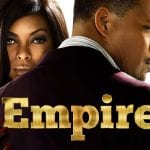 Empire
Another of Fox’s hit, Empire, follows a family dynasty who’s main business is music.  The show artfully created original music performed by the cast themselves to support their stories.  The second season highlighted a song by Lucious Lyon (Terrence Howard) titled “Boom Boom Boom Boom” in episode ‘Time Shall Unfold’, which describes his character’s upbringing.  While another tune “Chasing the Sky” in ‘The Lyon Who Cried Wolf’ episode, accentuated the intense and dysfunctional dynamics of the Lyons’ family throughout the season. This gave me the warm and fuzzy feeling since the characters had been fighting so much in the season.

Sons Of Anarchy
The gritty FX series, Sons of Anarchy, delved into a world of a biker gang lead by Jackson ‘Jax’ Teller (Charlie Hunnam).  The show chose fantastic tunes to heightened heartbreaking scenes throughout it’s seasons.  Some of my favorites include “Girl from the North Country” by The Lions which appears in Season 2’s ‘Albification’ at the end of a chilling scene with Gemma Teller Morrow (Katey Sagal), and Season 3’s “Sul Kil Moon (Admiral Fell Promises)” by Alesund that played as Jax struggled through a tough decision in episode ‘Bainne’. Both scenes stuck with me in large part to how the music supported the emotions felt by the characters.

What are some of your favorite TV and movie soundtracks?

Home » Movies » The Perfect Soundtrack for Your Playlist