Wyatt Russell has definitely noticed the hate his character has been getting. The actor doesn’t have social media for himself but he’s seen some of the memes anyway. Apparently, some of his friends have been sending him the ones they think are the funniest. Russell even has a favorite! He spoke about it with Variety recently. 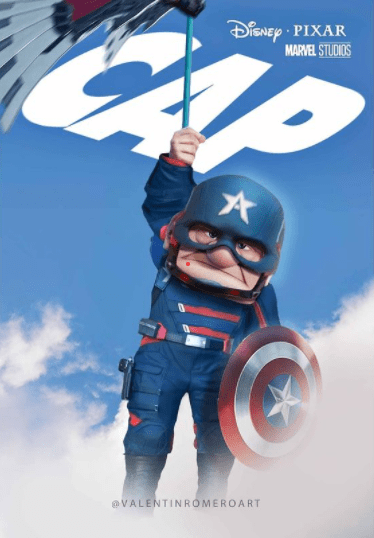 “I don’t have social media, but I’ve gotten some of the stuff sent to me from friends that were just too good not to see. The best one is the ‘Up’ guy with the helmet on. It’s f*cking unbelievable. I mean, whoever did that deserves an award of some kind. It’s flattering. They just hate the guy. They just hate him! It was fun to be the Marvel punching bag for a little while,” Russell said.

The image is from Valentin Romero and I recommend you check out their Instagram! At least our new Captain America loves the memes!