If you’re an outsider viewing the Morbius fandom, you’d be within your rights to ask what on Earth is going on. If you pay attention to current events, you already know that Jared Leto’s Living Vampire was savaged by critics and underperformed at the box office, but the internet tells a completely different tale. The deconstructed comic book adaptation by Daniel Espinosa has been the meme that just won’t quit, with Morbius one of the most popular subjects on social media every single day at this point. The incredible and totally unexpected amount of love people have for the film is unbelievable, but could it pay off in the long run?

Sony has yet to announce whether or not the studio is even contemplating a second chapter in the Morbius saga, but one enthusiastic fan wondered if meme culture will be able to single-handedly drag the vampiric superhero saga back from the brink and onto the big screen for further adventures. 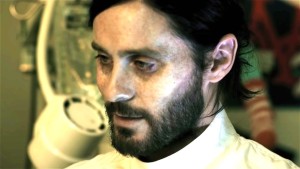 Based on the responses, there are a lot of hopeful Morbheads out there, and that doesn’t even account for all of the Twitch channels that have taken the maligned mistake to their hearts, replying to one stream being taken down by inundating the platform with dozens of others that do nothing but play Morbius over and over.

We’re living in strange times, but we’d love to see Sony announce Morbius 2 as soon as possible while the hype is at its peak so that we may witness the internet explode into unbridled ecstasy.