The Mandalorian becomes the latest show or film to suffer from a filming goof.  Everyone remembers Game of Thrones and the infamous coffee cup that was left on set.  Well, now The Mandalorian has it’s own moment that will go down in Star Wars lore.  People have dubbed this one as ‘Man in Jeans.’

This past Friday’s episode witnessed the return of Cara Dune and Greef Karga as The Mandalorian travels to Nevarro and helps them take out an Imperial base. Now listen, you’ve got to have a wicked eye to catch this one, as it happens fast and it’s not very prominent.  However, one fan did and now it’s a moment that can’t be unseen.

Take a look at the screenshot in the gallery below and see if you can pick up on anything wrong with it:

Look at the far left corner of the frame, behind Carl Weathers’ Karga, a crew member can very noticeably be seen. But now it can’t be un-seen.  We’re sure this guy thought he was out of camera, but he wasn’t.  Plus, even the great eye of the editors missed this one too!

One person has already taken the time to propose a figure of the crew member too! 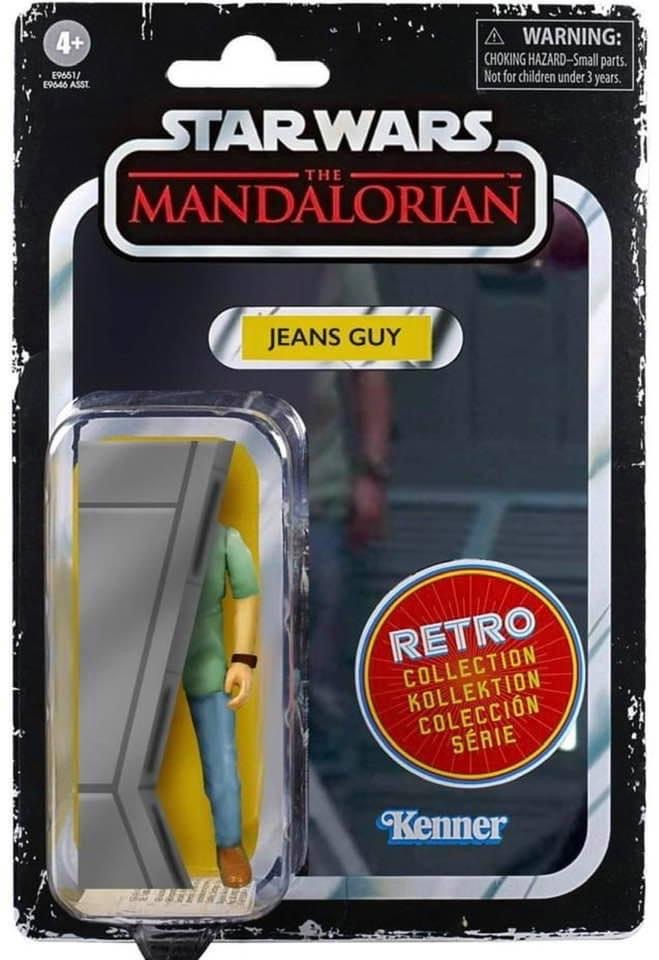 This will definitely be a moment we won’t forget!  What are your thoughts? Let us know in the comments below!

The Mandalorian season 2 continues Fridays on Disney Plus.