Star Wars: The High Republic has been met with widespread acclaim since the content surrounding it first started coming out. The comic has been nothing short of spectacular and has even had cameos from characters like Yoda. With the series set so far back in the past, it really opens up the storytelling possibilities. We could see pretty much anything happen, which is always exciting for Star Wars. The series isn’t forced to work within the timeline of the Skywalker Saga. Now, a new comic book cover has been revealed displaying fan-favorite characters “Terec” and “Ceret”. The two characters share a very rare unique ability. They are “Bond-Twins” meaning they are psychically linked. In honor of the “Trans day of visibility” they have also been revealed as non-binary. 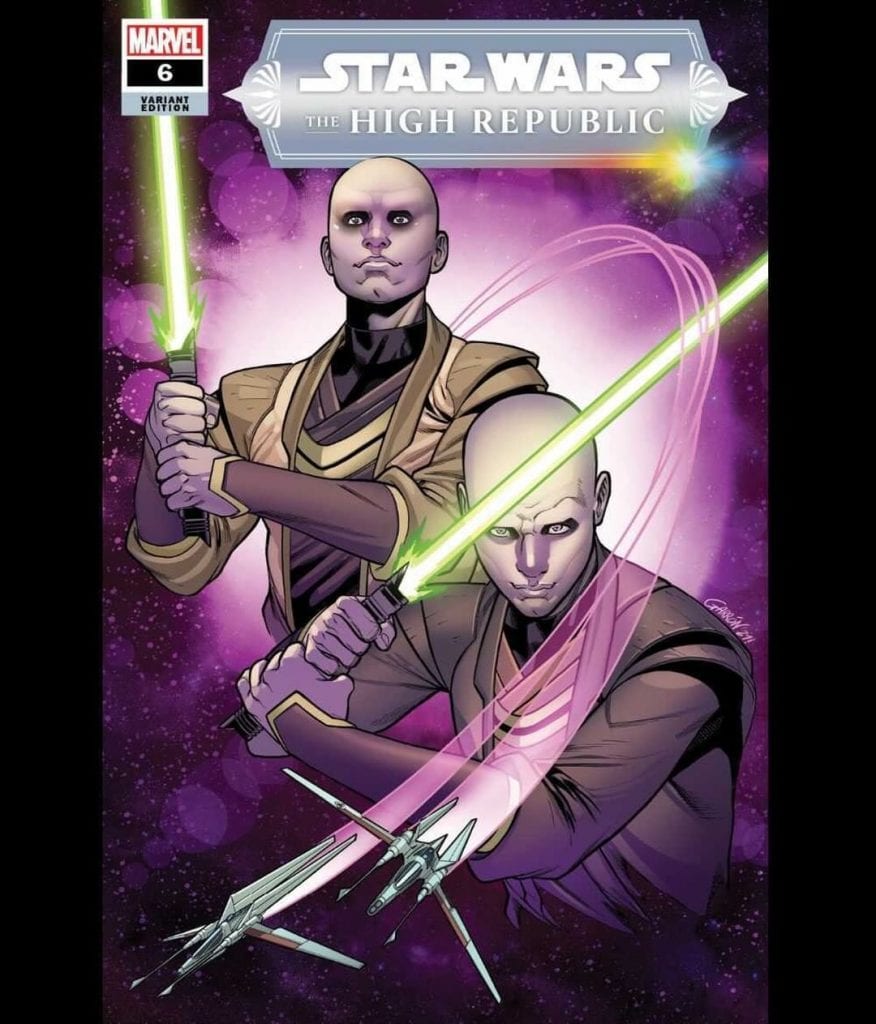 “In honor of #TransDayOfVisibility we’re proud to unveil an exclusive cover highlighting Terec and Ceret, trans non-binary Jedi, currently featured in Marvel’s The High Republic comic. We support trans lives and we are passionate and committed to broadening our representation in a galaxy far far way #TDOV” – the quote comes directly from the Star Wars Instagram

Star Wars has been under fire and facing questions in regards to its diversity for a while now. While the sequel trilogies have been releasing we’ve heard numerous times that equality may not have been at the forefront of Disney’s mind. John Boyega’s role was, reportedly, seriously changed and a lot of the things planned for his character were cut. Other characters were also apparently sidelined since they were not white. This extends to character’s sexuality as well, with fans wishing for Poe Dameron and Finn to end up together. Whether or not this should have been the case is up to each individual’s interpretation.

At the very least, the Galaxy just expanded a little thanks to the reveal of the Kotabi Twins non-binary status.