Halloween has inspired some seriously terrifying scary movies over the years, but oftentimes the true heart of Halloween can be found in its family-friendly films as well, and there’s one in particular that deserves a shoutout for being an awesome Halloween movie, and that’s Disney Channel’s Halloweentown.

And yes, it was very necessary to use the word Halloween four times (now five) in that sentence because:

As we all know in Halloweentown, Halloween is celebrated all year long, but in the town of St. Helens, Oregon (where the movie was actually filmed) Halloweentown comes to life once a year in October. The town puts on a spooktacular festival that honors both the movie and the holiday that inspired it. 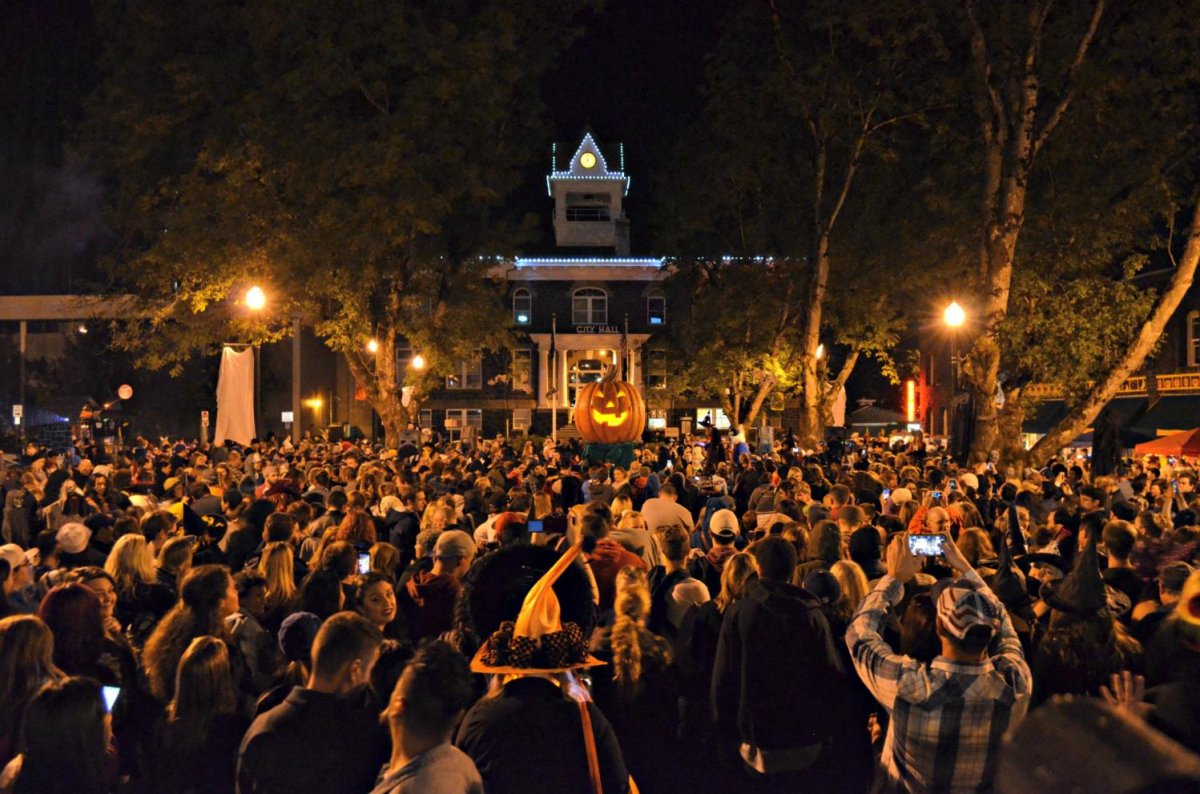 Sadly, Debbie Reynolds, who played Grandma Aggie in the original movie and it’s three sequels, was not there due to her sudden passing nearly a year ago. However, her spirit was most definitely felt as the cast and festival goers honored her and the iconic role she played in the timeless film.

Kimberly J. Brown who played Marnie, Reynold’s granddaughter in the film, spoke about what it was like to work with such a bright light that was Reynolds. 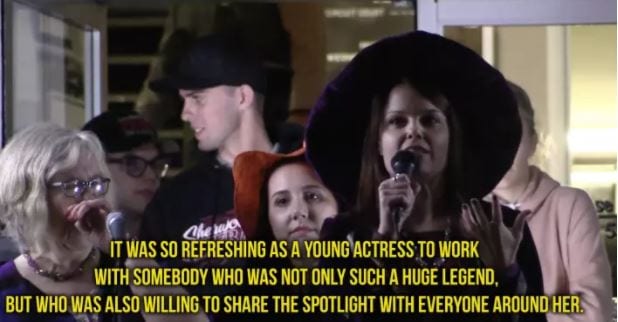 Judith Hoag who played Reynolds’ daughter in the film also shared some thoughtful words about the legendary actress.

“This movie would not be the lasting Halloween tradition that it is without all of you. It was an honor to do these movies and it was a huge honor to work with the absolutely incredible, iconic, unbelievable, creative, talented Debbie Reynolds.”

They all then got together to do the special lighting ceremony, making Grandma Aggie proud.

“We wanted to do a special tribute to her and her role as Grandma Aggie and have a small monument set up there for her, so we’re going to do that this year during the lighting ceremony,” Brown said to the crowd before reciting the movie’s famous spell with the Cromwell family.

Check out some of the photos from the festival and family reunion below!

What an amazing wkend!Thank u 2everyone who came 2 @HalloweentownOR
honored everyone luvs 2relive #Halloweentown back where it all began❤️🎃 pic.twitter.com/Ojpr5heJW6

Gave Benny the day off and took the Haunted cab for a spin! Just kidding but I did take some pics in it😜@HalloweentownOR pic.twitter.com/0jQNerU9qN

Thank you to our AMAZING #Halloweentown & #spiritofhalloweentown fans for helping celebrate us @DebbieReynolds1! We love you back! pic.twitter.com/6XXptDGeEh

Thank you to all our #Halloweentown & #spiritofhalloweentown fans for braving the cold to celebrate the life & legacy of @DebbieReynolds1 ❤️ pic.twitter.com/EirmLHME09

A person is never really gone as long as you keep them in your heart. And there's enough love in the hearts of #StHelens to keep #DebbieReynolds alive forever. #SpiritOfHalloweentown #Disney #Halloweentown

One Ticket to Halloweentown Please!

Cast of ‘Halloweentown’ is Reuniting to Honor Debbie Reynolds