Spoiler Alert!  The following article contains spoilers from the latest episode of The Good Doctor titled 22 Steps.  If you aren’t caught up with the series, you may want to turn away, STAT!

The Good Doctor is undoubtedly the best new drama on television and this past Monday’s episode titled 22 Steps displayed exactly why critics and fans continue to fall in love with the series.

In 22 Steps, Dr. Claire Browne (played by Antonia Thomas) is learning to confront her own feelings before its too late.  Dr. Jared Kalu (played by Chuku Modu) embarks on an emotional rollercoaster ride that he never even saw coming and Dr. Shaun Murphy (played by Freddie Highmore) has a difficult time dealing with the parents of an autistic patient, however, just when he needs it most, encouragement and support come from the most unlikely source, Dr. Neil Melendez (played by Nicholas Gonzalez). 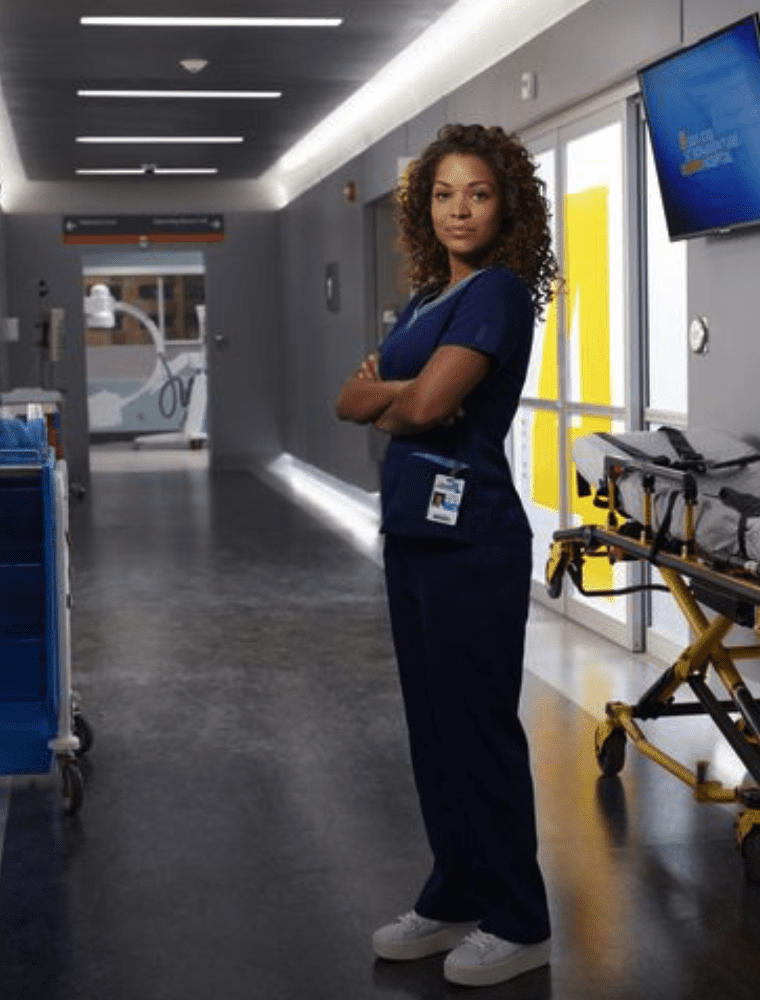 But are you really, Dr. Browne?  At the beginning of the episode, Dr. Aaron Glassman (played by Richard Schiff) confronts Dr. Browne about the events which transpired in last week’s episode.  Dr. Browne’s actions and mistakes led to the death of a patient and, as it turns out, she’s not handling it all that well.  Her struggle to deal with her emotions is apparent to pretty much everyone except to herself.  She refuses to admit that she is now struggling with self-confidence and that she pretty much freezes up while performing a simple, routine procedure.  Dr. Glassman convinces her to seek the help of a grief counselor. 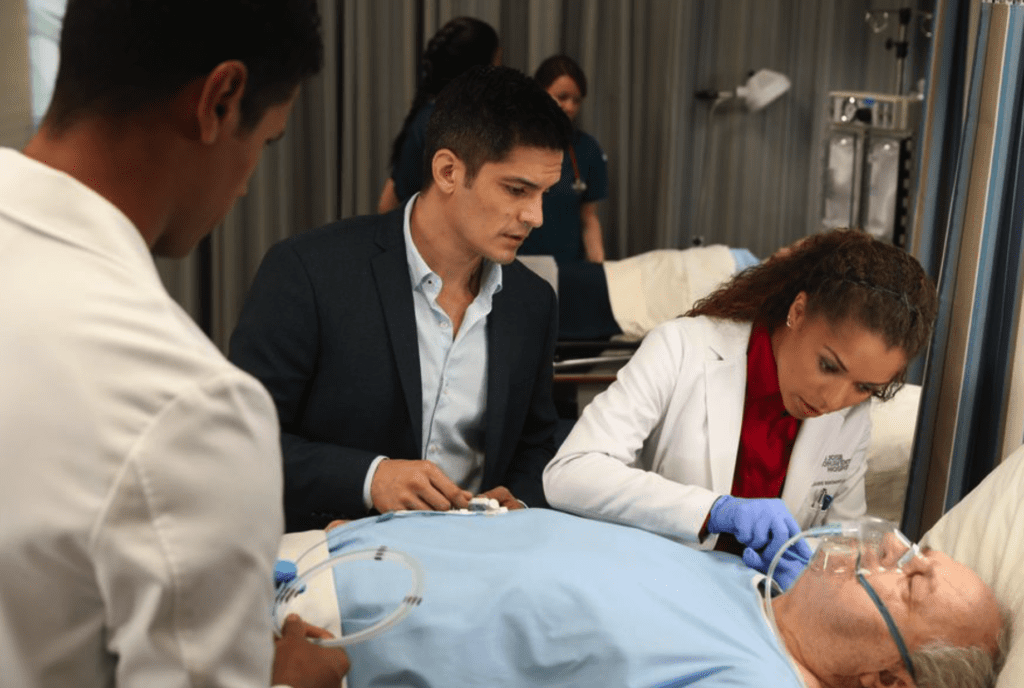 You may be asking yourself, “Who’s Glen?”  By the end of the episode, this is a patient that you get to know very well.  Glen (played by Paul Dooley) is a 73-year-old man who is dying of heart disease.  Dr. Jared Kalu believes he can help prolong his life by giving Glen a new pacemaker, however, Glen has a different outcome in mind.  Even with the new pacemaker, he knows his time left in this world is short.  Glen has no family to live for and he would much rather just end it all, quite literally.  Glen is apparently a flight risk and, after escaping his room and going missing twice, Dr. Kalu finds him huddled on the roof of the hospital.  He had made his way up there with all intentions of jumping but his illness bested him and he didn’t have the strength (literally) to jump.

Dr. Kalu refuses to give up on him and continues urging Glen to seek treatment but he refuses.  After an emotional metaphorical game of tug-of-war, Dr. Kalu accepts Glen’s wishes.  The two sit alone in Glen’s hospital room.  As Dr. Kalu ups the level of morphine, tears begin to fall down his face.  Glen slowly and peacefully slips away. 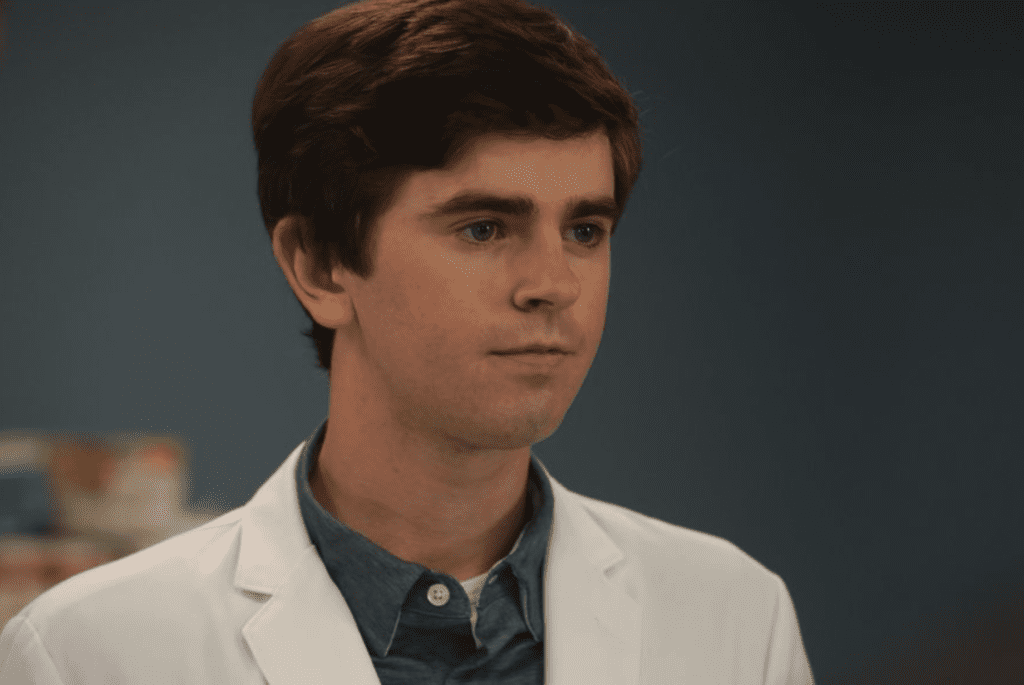 So far, Dr. Murphy has faced a relentless amount of adversity from pretty much every direction in St. Bonaventure Hospital but, when a patient with autism is admitted to the hospital after an accident, Dr. Murphy struggles with his own hesitations.  Liam (played by Coby Bird), arrives at the emergency room while putting up a fight with paramedics.  The paramedics believe that Liam is psychotic and needs to be restrained, however, Dr. Murphy takes note of Liam’s actions and immediately realizes, he’s not psychotic.  He’s autistic.

After calming Liam down and treating his wounds, Dr. Murphy seems to be taken aback when Liam exclaims, “You’re the same as me!”  This clearly makes Dr. Murphy uncomfortable.  So much so that he approaches Dr. Browne for help claiming that she’s good with people who have autism.  She agrees to help, however, Dr. Murphy soon discovers that he and Liam, in fact, do have a lot in common.  Dr. Murphy is able to communicate with Liam in ways that no one else could.  Not another doctor.  Not Liam’s parents.  No one!  The key to their communication is counting.  “22 steps from the ambulance to the emergency room.” “7 steps to the door.”  Dr. Murphy’s ability to connect with Liam eventually allows him to figure out the proper diagnosis – one which involves immediate surgery.

Though Liam’s parents are quite impressed with Dr. Murphy’s performance so far, they tell Dr. Melendez that they are not comfortable with him being in the operating room.  Dr. Melendez, who has been nothing but doubtful and condescending towards Dr. Murphy, actually sticks up for him.  Dr. Melendez, for the win!  He finally gives Dr. Murphy the recognition and respect he deserves when he tells Liam’s parents, “After working with Dr. Murphy, after challenging him in surgery and everywhere else, probably more than he deserved, I can tell you he has my complete confidence.”  Dr. Melendez’s vote of confidence seems to sway the parents, however, it’s Liam who makes the final decision.  He declares that he wants Dr. Murphy in the operating room beside him. 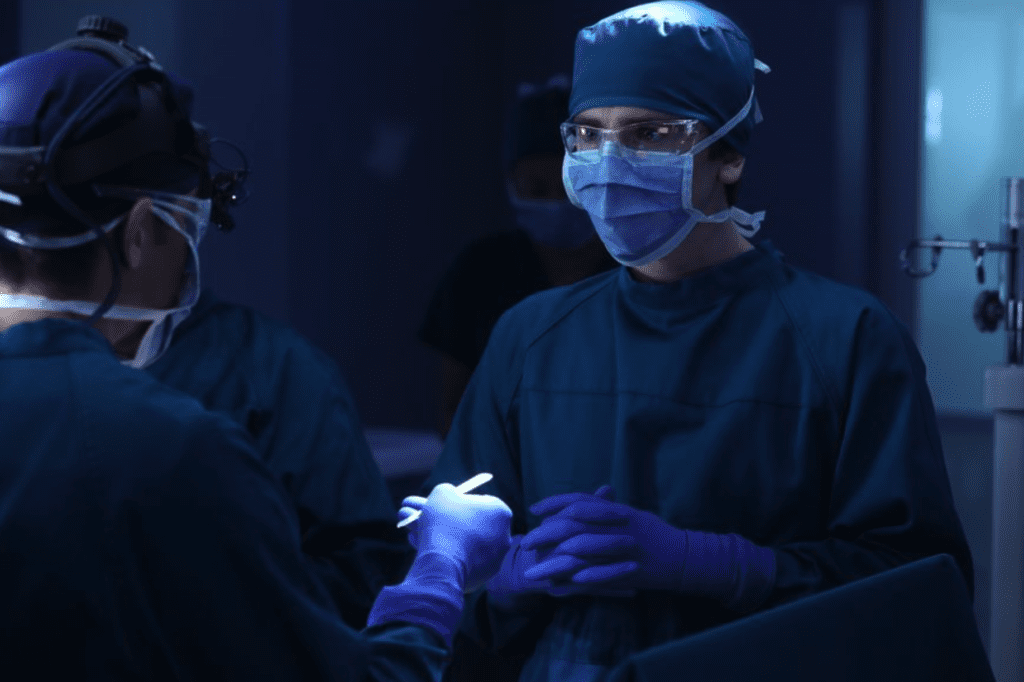 Now, earlier in the episode, Dr. Melendez confided in Dr. Glassman, asking him what he should do since Liam’s parents didn’t want Dr. Murphy to operate on their son.  Dr. Melendez’s dilemma seemed to be geared more towards the fact that he didn’t want to be told what to do with his own team and not so much regarding Dr. Murphy, specifically.  Dr. Melendez finally shows true confidence in Dr. Murphy when, during Liam’s surgery, he hands Dr. Murphy the scalpel and asks him to perform the procedure.

Dr. Glassman has been pretty much MIA during this episode, however, he does have an important conversation with St. Bonaventure Hospital’s in-house attorney and Vice President of Risk Management Jessica Preston.  He tells her that he’s worried about Dr. Murphy because of his tendency to show up late for work, 2 AM phone calls because he can’t find a screwdriver and his superintendent wants to kick him out of the building.  On top of that, Dr. Murphy also now wants $1,643 for a new TV.

While Dr. Glassman is expressing his concerns for Dr. Murphy, Jessica points out that there are 47 residents in the hospital who all have exhibited the same actions which Dr. Glassman just described.  Is he holding Dr. Murphy accountable to a different standard than the other residents?  Jessica reminds him, “You fought to hire him because you know he can learn. The question is are you willing to let him?”

The episode’s drama is offset by a light-hearted and adorable ending.  Dr. Murphy has been obsessing over getting a new television and, the episode closes with Dr. Glassman and Dr. Murphy sitting and watching football.  Dr. Murphy is spouting off football stats and both men are smiling, enjoying themselves and having a great time.  As the camera pans out, we learn they are in an electronic store and it appears that Dr. Murphy just might be getting the fatherly love he so desperately needs and a new television to boot!

Next week, Dr. Murphy faces an intense and traumatic situation – a robbery.  The official synopsis reads, “During a robbery at the grocery mart Dr. Shaun Murphy is shopping at, his communication limitations puts lives at risk. Meanwhile, after Shaun’s traumatic day, Dr. Aaron Glassman worries that he isn’t doing enough to help Shaun.”  Stay tuned for our detailed preview of next week’s episode titled Apple coming soon!

What did you think of this week’s episode of The Good Doctor?  What were some of your favorite moments from 22 Steps?  Let us know your thoughts in the comment section below!