The CW will conclude the second longest-running Arrowverse series, The Flash, with its upcoming ninth season. Although the series was once the best rated and highest viewed superhero series, quality has definitely decreased in recent seasons.

The Flash‘s final season has been a joy to watch, and although there are only six more episodes left, the Ezra Miller-led The Flash film will be released soon after. We’ve seen Grant Gustin do a number of versions of the super suit, with the most recent being the most accurate to the comics. The actor posted to his Instagram story, giving us a new look at his season nine costume.

You can check it out below! 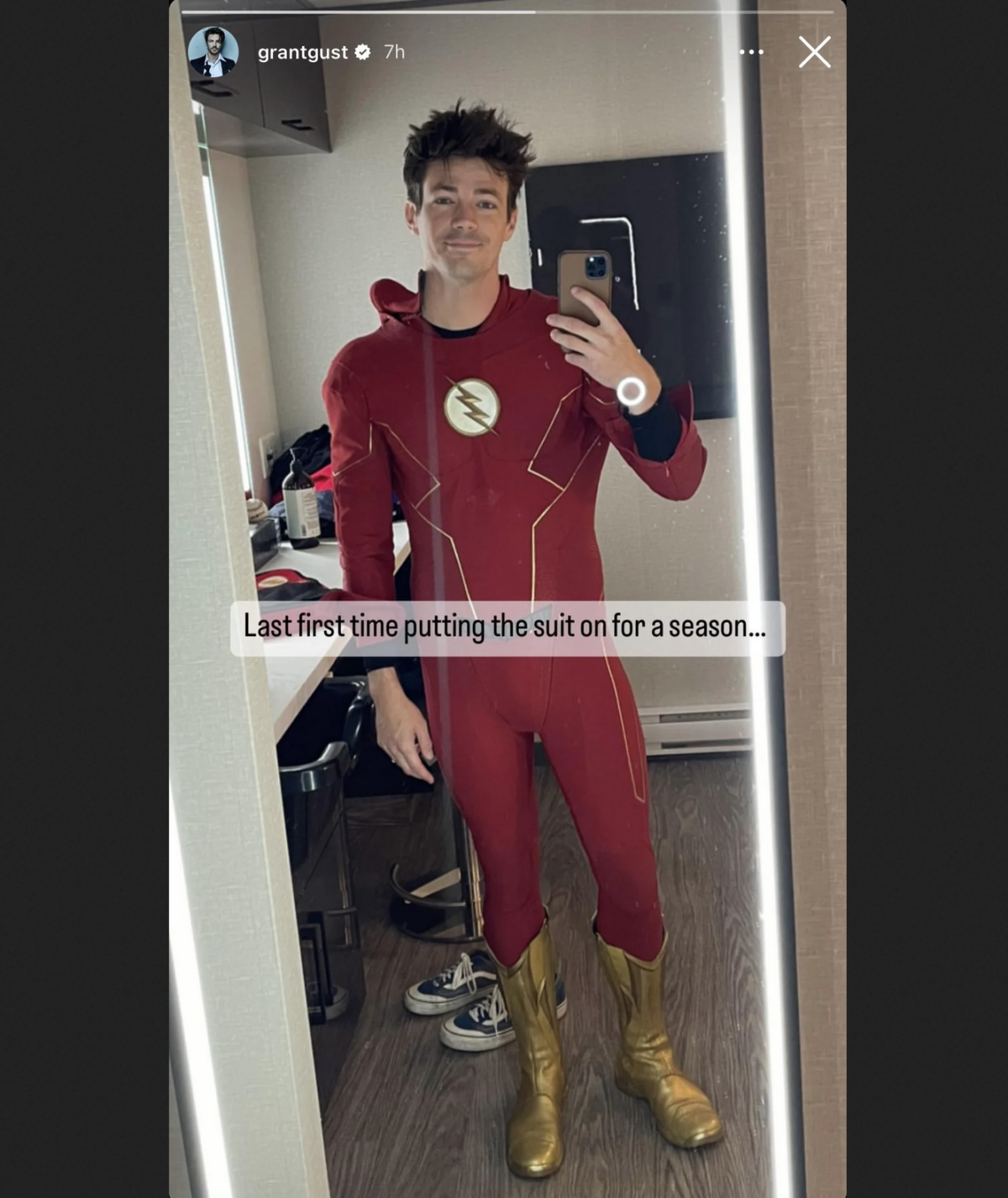 Shortly after the news broke that the ninth season of The Flash would be its last, star Grant Gustin took to social media to share some throwback photos from the first season. Gustin also previously spoke out about the show’s end, saying:

“This week we announced that season nine of The Flash will be the final season, which is bittersweet,” Gustin said “It’s been an extraordinary nearly ten years of playing this character, and I’ve been fortunate to be a part of such an amazing cast and crew with so much love from you guys – the fans, people who love the program. The only reason we have to do this is because of the benefits it provides. I’m looking forward to finishing this one last time, on our terms. I’m going to savor every minute of it and make the most of it. I am so grateful for your support of the show. It means everything to me, and I feel honored to be associated with this character for the rest of my life and career. Thank you from the bottom of my heart!”

“Nine seasons! Nine years of saving Central City while taking audiences on an emotional journey full of heart, humor, and spectacle,” said The Flash showrunner Eric Wallace in a statement when the series was canceled. This is it. The starting gate for Barry Allen’s final race. The wonderful show that you enjoy each week is the result of the amazing talents, time, and love of many people. Thank you to everyone who has been involved in making The Flash such a success over the years. We are excited to provide our fans with an unforgettable final chapter.”

Even though The Flash hasn’t been getting the same amazing reviews as it did in earlier seasons, it is still a very popular show on The CW. In fact, every week it averages over 1 million linear viewers and is one of the most-streamed network shows on various digital platforms.