The announcement that The Flash actor Ezra Miller had been arrested for felony burglary didn’t come as much of a surprise, given the previous regime at Warner Bros. Discovery was put under the microscope and blasted by the DCEU fanbase for several days.

With Batgirl being eliminated from HBO Max despite her large stature, there was little prospect that the Scarlet Speedster’s long-awaited solo debut would be similarly terminated, with the project also linked to a price tag believed to be around $200 million. That being said, with the always-contentious Miller in the lead role, marketing an epic comic book blockbuster while keeping up with the constant drama is going to be a difficult task to accomplish, and now a recent remark from producer Barbara Muschietti has taken on a life of its own after she recently addressed the Batgirl problem by stating that “everything is fine in Flash land.” Fans have embraced the idea wholeheartedly.

Of course, the fact that Miller has committed a string of high-profile errors has nothing to do with the rest of the cast, crew, or creative team working on The Flash. It’s a shame that their efforts are being overshadowed by the lead’s headlines. It’s an unfortunate situation for everyone involved, but Andy Muschietti’s multiversal adventure has only increased attention on his unending journey across multiple dimensions. 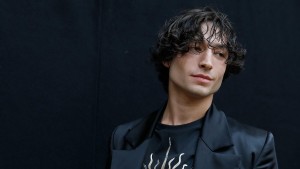