This isn’t the first glimpse at the costumes of The Flash that Muschietti has given us! He gave us a teaser of The Flash’s new costume along with Michael Keaton‘s returning Batman suit. Now we get a first look at Supergirl’s costume too!

Something that isn’t too surprising is how similar to Henry Cavill‘s suit this new one is! It looks like it might feature a bit more red than Kal-El’s though. It sports the exact same logo and textured look as the suit from Man Of Steel.

But, hey, you probably want to see it for yourself, so we’re going to put it just below! Please note we’re having trouble with Instagram links, so we’ll include a link directly to his Instagram page, we just can’t seem to embed the photo! 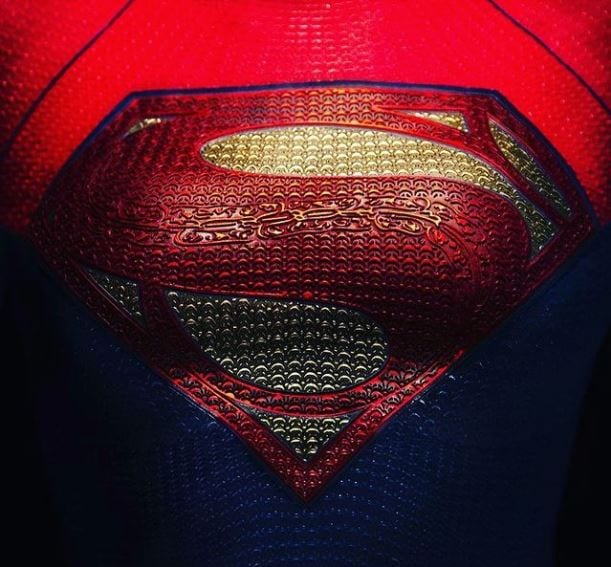 The photo wasn’t captioned at all, but the slight differences are what lead us to believe this is Supergirl’s suit. Is it possible that all of these teases are leading to reveals of the actors in them? We certainly hope so!

We also know who is going to be wearing the suit! Supergirl in the DCEU will be portrayed by Sasha Calle, and we can’t wait to see her put this on! We’re sure she’s going to make an awesome Supergirl!

The Flash film, starring Ezra Miller, is set to come out on November 4, 2022!

One thought on “The Flash Movie: First Look At Supergirl’s Costume”