It’s hard to say goodbye to your favorite television show, especially when it’s a show that’s been in your life for a while. When you’re watching the series finale for the first time or maybe even a couple of times after, you probably don’t realize the weight that the final words hold for a show. It’s easier to focus on all of the callbacks and loose ends being tied up. Even though we are in a time when revivals and reunions are in high supply, to be a TV writer back in the day and coming up with what the last words spoken on your show would be is a huge responsibility. I decided to take a look back at what the last words of your favorite shows were and I was pleasantly surprised. 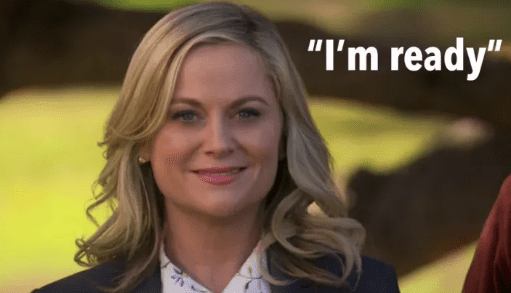 This was the perfect way for Leslie Knope to sign out of Parks and Recreation – by looking towards the future. It was the perfect amount of closure while at the same time starting a new beginning.

Pam: “There’s a lot of beauty in ordinary things. Isn’t that kind of the point?”

A show about a paper company shouldn’t have been extraordinary, but it was. This final quote by Pam perfect sums up what the entire series was about.

Sue: “It takes a lot of bravery to look around and see the world not as it is, but as it should be. A world where the quarterback becomes best friends with the gay kid and the girl with the big nose ends up on Broadway. Glee is about finding a world like that, and finding the courage to open up your heart and sing about it. That’s what glee club is. And for the longest time, I thought that was silly, and now I think it’s just about the bravest thing anyone could do.”

Of course, Glee actually ended with a musical number, but the final spoken lines were done by none other than Sue Sylvester who was never the glee club’s biggest fan. However, there was something beautiful about her final quote that really proved that she, along with us, really understood the importance of the New Directions.

The Taylor’s were the ultimate couple and what made this line so great was the fact that to both of them, home was the other person.

Is there any better way to end a workplace sitcom than with saying “sorry, we’re closed”? It was a very poignant and fitting ending for the show. 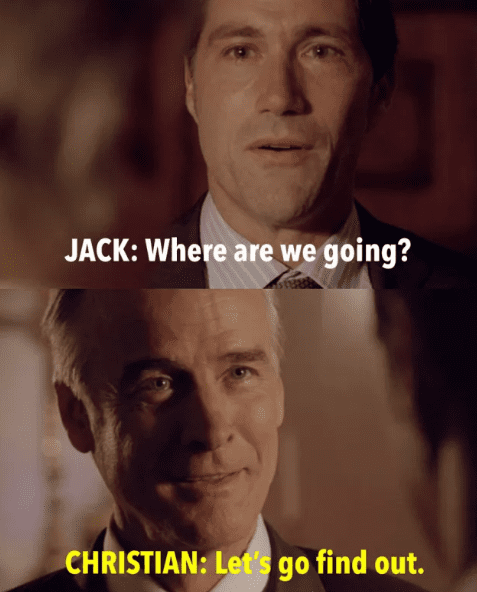 Lost was always a huge puzzle, but everyone was on that island in the first place so that they could move on. When he had this conversation with his dad it then showed a montage of everyone in the church followed by Jack closing his eyes for the last time (which mirrored him opening them in the pilot) and it was the hope that audiences needed that these characters would be okay. 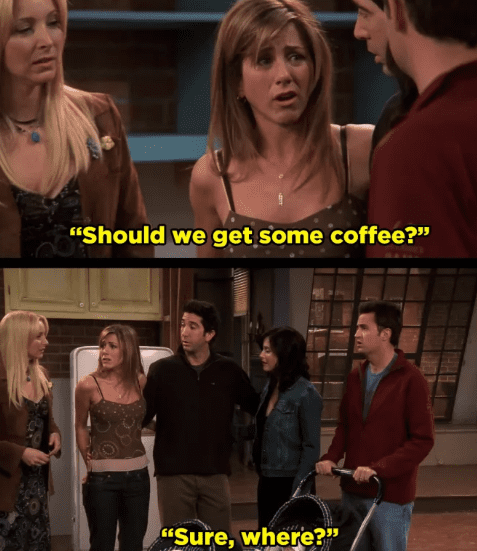 Rachel: “OK, should we get some coffee?”
Chandler: “Sure. Where?”

This one just kind of speaks for itself. Central Perk was a huge staple for the series so it made the most sense for the group to be heading that way in the last scene. Not to mention the fact that the last line was one of Chandler’s sarcastic remarks was so perfect. 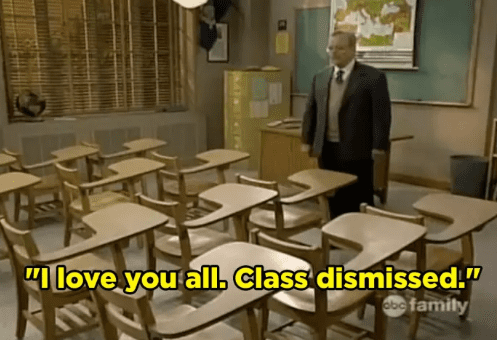 Mr. Feeny: “I love you all. Class dismissed.”

Mr. Feeny watched these kids grow up the same way that we did, so it was fitting that the last line would be him looking out at an empty classroom.

The ending of The O.C. perfectly mirrored the way that the show started – with Ryan helping out a kid the same way that Sandy helped him. It was a beautiful symmetry and really brought the show around full circle.

Nathan: It’s the oldest story in the world. One day you’re 17 and planning for someday. And then quietly and without you ever really noticing, someday is today. And then someday is yesterday. And this is your life.
Haley: We spend so much time wanting, pursuing, wishing. But ambition is good. Chasing things with integrity is good. Dreaming…
Brooke: If you had a friend you knew you’d never see again, what would you say? If you could do one last thing for someone you love, what would it be? Say it, do it, don’t wait. Nothing lasts forever.
Mouth: Make a wish and place it in your heart. Anything you want. Everything you want.
Millie: Do you have it? Good. Now believe it can come true.
Quinn: You never know where the next miracle’s gonna come from.
Clay: The next memory. The next smile. The next wish come true.
Chase: But if you believe that it’s right around the corner.
Chris: And you open your heart and mind to the possibility of it. To the certainty of it.
Skills: You might just get the thing you’re wishing for.
Julian: The world is full of magic. You just have to believe in it.
Brooke: So make your wish … Do you have it?
Nathan: Good. Now believe in it.
Haley: With all your heart.

The “make a wish” quote from One Tree Hill was a staple for the series. Also, Nathan’s first line about being seventeen is probably one of the strongest ones to come of of the whole show. It was so great how every single character was incorporated in final quote before they all headed to TRIC to hear Gavin DeGraw sing the theme song live.

Chuck: “Morgan has this crazy idea.”
Sarah: “What is it?”
Chuck: “He thinks that with one kiss you’ll remember everything.”
Sarah: “One Magical kiss?”
Chuck: “Yea.”
Sarah: “Kiss me.”

Much like Parks and Recreation, the final words of Chuck came off as a new beginning. Sarah had lost her memory and her telling Chuck to kiss her was basically her way saying that she wanted to be with him, which was the happy ending all the viewers wanted.

Tony: “I went ahead and ordered some for the table”

While it was sort of a controversial ending, there was something about the casual nature of Tony’s last line that had a lasting impact. No one really knows what happened after he ordered the onion rings, but it was simple and it was normal and it was impactful.