The Falcon And The Winter Soldier finally went ahead and revealed the identity of the Power Broker. Fans have been debating the Power Broker’s identity for weeks now since they were first mentioned. Some thought it might be Sharon Carter, but there was one rumor that was most interesting. Many fans theorized that Wilson Fisk, the Kingpin, would be the Power Broker and that is how they would introduce him into the MCU. The best part of the rumor was that it was going to be Vincent D’Onofrio! That would have been awesome, huh? Well, it wasn’t true. Don’t get too upset, I’m sure Marvel has plans for these characters in the future. Still, the finale reveals The Power Broker’s identity and if you guessed Sharon Carter you are absolutely right! To make matters Worse the post-credits scene hints that she’s got some pretty nasty plans in store. 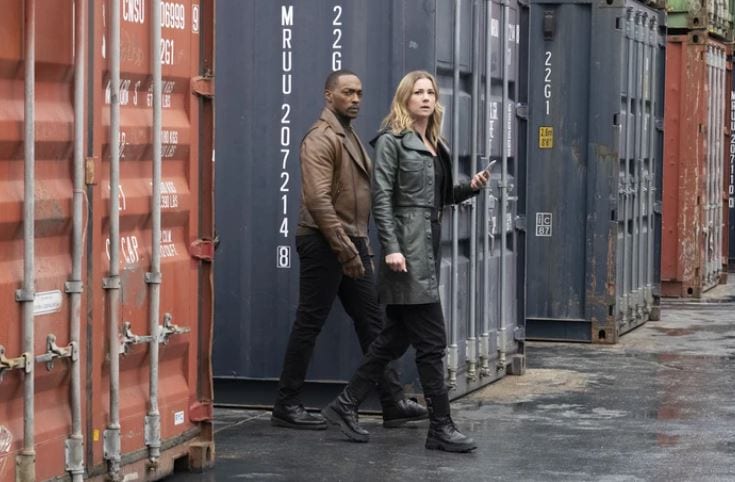 We learn earlier in the episode that Sharon Carter is The Power Broker. Then she turns around and kills poor Batroc, which is incredibly disappointing! Then, to add insult to injury, she kills Karli to, seemingly, protect her secret as well. After everything is said and done, Sam keeps his promise to her. He helps get her pardoned so she can return to the U.S. where she is immediately offered a job. As she’s seen exiting the building afterward she places a phone call and tells whoever is on the other end to start lining up buyers. She intends to start selling Government weapons and whatever else she can get her hands on!

Thank goodness the finale revealed the Power Broker’s identity! Fans had guessed it but it’s nice to have confirmation!

A lot of people feel like this is a complete 180 to who Sharon really is. I know for sure that Steve would be incredibly disappointed in her. How do you guys feel though? Do you feel this turn with Sharon is justified, or are you as disappointed in her as I am? Where do you think she’ll pop up next? Let us know all these answers in the comments! And check out the episode on Disney+!