For the first time in three years, Marvel Studios will be on stage at San Diego Comic-Con, which has set high expectations and will continue to rise until next Sunday.

Last summer, Kevin Feige and his team showed up at Hall H for Marvel’s presentation. During the presentation, they unveiled a massive slate of Phase Four projects that have all been released. The architect of Marvel’s Cinematic Universe saved the best surprise for last, revealing two-time Academy Award winner Mahershala Ali as he unexpectedly announced he’d be starring in a Blade reboot. 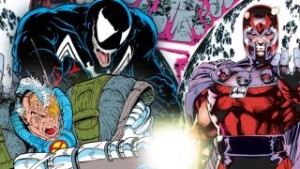 Naturally, given that there are dozens of Marvel projects in the works behind the scenes, Redditors have been guessing what the earth-shattering revelation at the conclusion of Marvel’s presentation will be.

There’s going to be the first look at footage from Black Panther: Wakanda Forever, and maybe even The Marvels and Ant-Man and the Wasp: Quantumania. There’s a chance that Charlie Cox and/or Vincent D’Onofrio will pay a quick visit, without even addressing the many fingers crossed for Fantastic Four, X-Men, Captain America 4, Spider-Man 4, Thor 5, Doctor Strange 3, a Scarlet Witch solo picture, and plenty more.

The good news is that Feige recognizes how much pressure there is on for the Marvel Cinematic Universe’s Comic-Con comeback to succeed, but the bad news is that we’ll have to wait a week on Saturday to learn what he has in store.