It feels like not too long ago, we couldn’t imagine Zack Snyder’s Justice League releasing. After all the campaign though, Warner Bros caved in and the film finally saw the light of day. It released on HBO Max earlier in the year and stunned fans. Now the entire Snyderverse is coming to a Blu-Ray box set.

There is already a listing on Amazon for this special box set, and even I have to admit it looks cool as hell. I was one of the many people who enjoyed the “Snyderverse” films, including Man of Steel and Superman. Zack Snyder’s Justice League blew me away, and now I’m hungry for this box set.

And for the record, you’re not misreading. The way I’m wording things implies there is more than one film, and there is. The box set will include Man Of Steel and Batman V Superman: Dawn Of Justice Ultimate Edition! They will both be included alongside Zack Snyder’s Justice League. 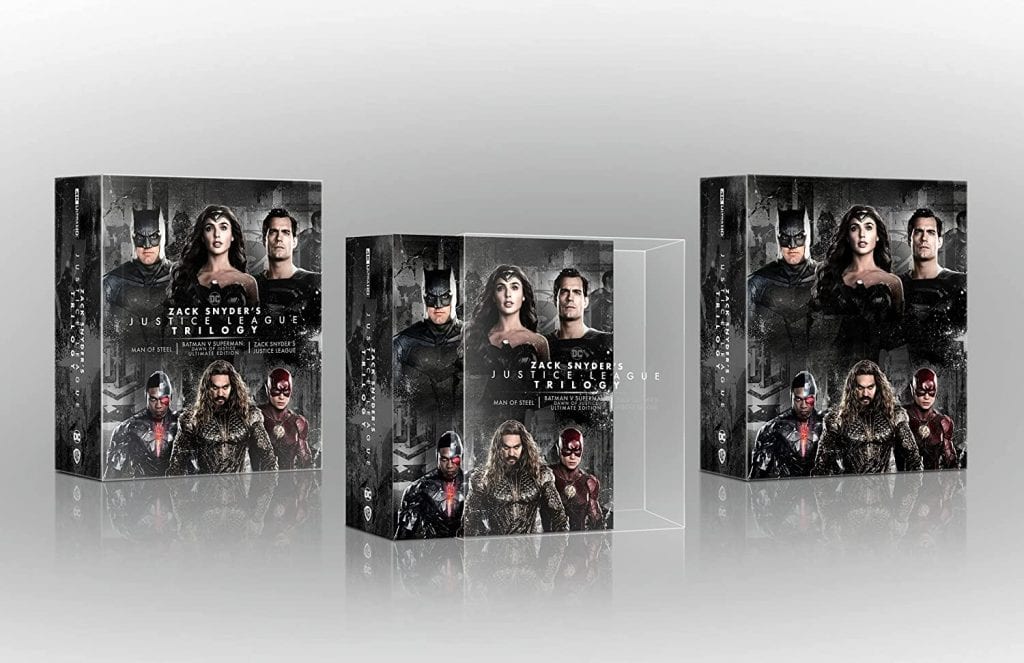 The box set, pictured above, features the six main heroes of Justice League. It also includes a really cool clear case that you can remove to see just the artwork underneath. The whole thing looks really awesome, and I can’t wait to see it in person.

The set will apparently feature six discs, though what exactly is on them is unknown as of now. The listing does reveal what appears to be several posters included with the package. We’ll include a picture of that as well, below. 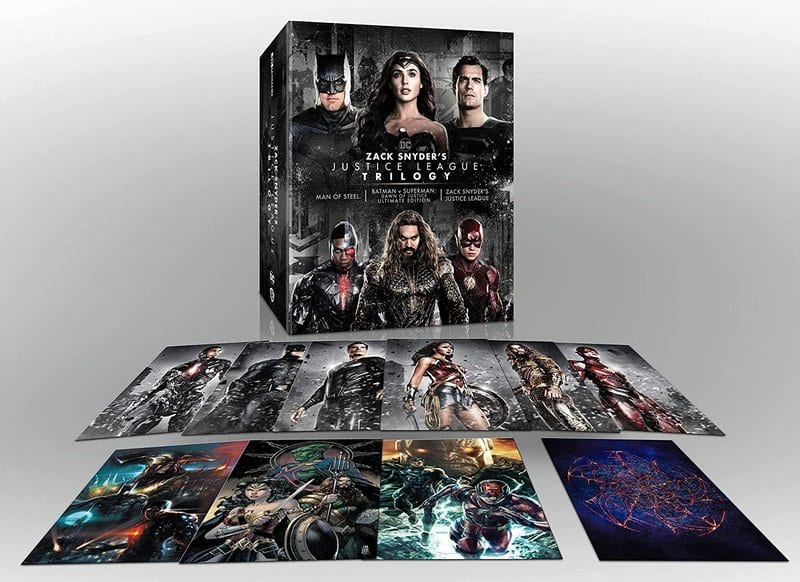 The set should release this September. As of right now, it’s impossible to actually order it, as the option is greyed out. We’re not sure why. It’s entirely possible the set wasn’t supposed to be up yet at all and something happened.

We have no word on whether or not it’s something limited either. If you want to own the Snyderverse trilogy for yourself you better snatch this setup fast. The entire Snyderverse is coming to a blu-ray box set, and it looks like there was actually work put into this one! Thanks DC!