For me, that’s the best opening line to any book I’ve ever read. Simplistic in nature but completely ominous and compelling. From that moment on I was hooked. I was a Tower Junkie. For half of my adult life (and some adolescent) I have read and re-read and re-read again Stephen King’s opus.  I’ve gotten the word “Ka” tattooed above my ankle. I’ve lived and died with these characters for so long  now they’re more like friends and family. The Dark Tower is a story so large in scale that it encompasses everything Uncle Stevie has ever written. At the center of all things Stephen King stands the Dark Tower, and all worlds spin off of it. And now after years and years of speculation and attempts (most recently from JJ Abrams and Ron Howard) the Dark Tower movie is on its way to the big screen and our eyeholes.

So, what does that mean? For a story that is so broad in scope and involves so many other books, how is it possible to get a true adaptation of the series? The short answer… it’s not. It’s not possible. Certain connecting books have already been made into movies and didn’t contain any Dark Tower references (Hearts In Atlantis for example) while others have not been made in to film and rest in the memories of Tower Junkies. One of my biggest fears about turning the Dark Tower into a movie was being able to capture the essence of the story while having to make obvious omissions. There’s no way to appease a fan base when a book series spans eight books. Something is going to be cut and it’s going to be painful.

Yet the Dark Tower movie presents an interesting twist. While adapting the source martial the film has put itself in a unique position to be a direct sequel to the series. How is that possible? Well allow to put a disclaimer because I’m about to do some major spoiling 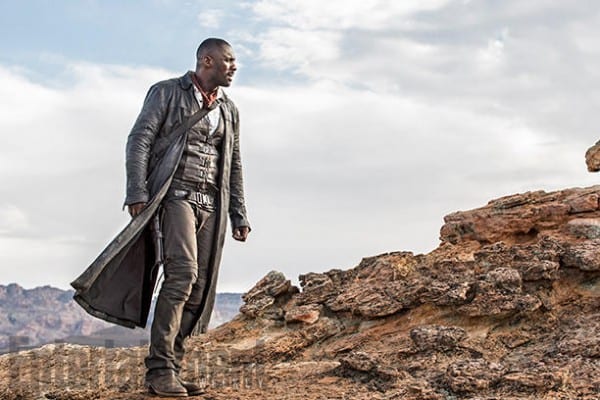 When the seventh book ends Roland passes through the top door of the tower only to be thrust back into the desert where the story began. He is doomed to relive this quest like some perverse Groundhog Day. Trying and trying and trying until he gets it right, and then maybe he’ll be able to rest. When the seventh book ends Roland has in his position the Horn of Eld (something that he lost in his youth) and the reader is given the hope that maybe, just maybe, this is what Roland needs to finish his quest. A gift from the Tower as a reward for his latest attempt. When the movie starts Roland (played by Idris Elba) will have the horn in his position. That is a huge twist that opens up the movies to a whole new spectrum.

Long time readers and Tower Junkies (like myself) can be put at ease as we won’t be getting a true adaptation of the series but a continuation. A what would happen next after Roland starts off down the desert looking for the Man in Black with the Horn of Eld in his possession. I have to admit that this news actually makes very excited for the film and helps preserve the books. If the movie tanks then at least the books can still be the books, and if they’re able to pull it off, then long time Tower Junkies can maybe get the closure to this series that they’ve been seeking just as long as Roland has been heading towards that field of roses.

While that is a huge twist there will obviously be some other changes. Granted the canvas is sort of blank and the film has an ability to tell a completely unique story. Long time fans will notice the omission of key characters Eddie and Susannah from the first movie, but shouldn’t worry too much about that. Eddie and Susannah don’t join the gunslinger in his quest until book two so it would make sense to leave them out of the first film. Although fear not as Jake Chambers will be present (as he should be) in the first film in a proposed series that includes a possible television mini-series. The hopes for the Dark Tower are super ambitious and we say thank you big big.

Other noticeable changes will be the blending of the source material. Locations like the Dixie Pig and the Dutch Hill Mansion will have their presence felt in the film despite the fact that their importance to the story comes in books seven and three collectively. Going back to the spoiler section here but that twist allows for a whole different story, one we’ve never experienced before, and while it irks the fanboy in me I’m willing to see how these places work their way into the first movie.

Characters that show up later in the book, like Pimli and Sayre, will have pretty large roles in the film and if you go to the IMDB page even Susan Delgado, Roland’s long lost love, will have a role to play. All these characters have large roles within the Dark Tower universe but not to much later in the narrative. Again this becomes a case of seeing how they get incorporated so quickly. 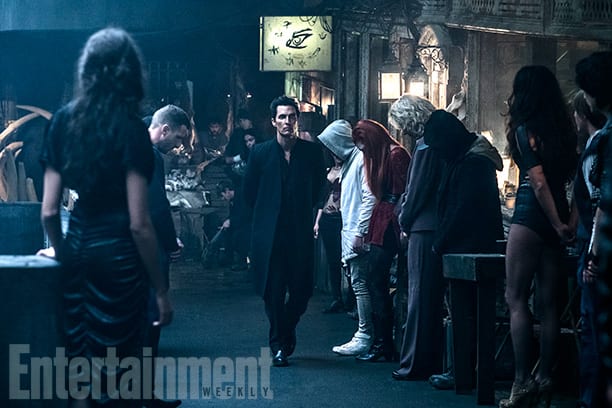 The casting for the film has been fantastic with Elba being a ballsy yet terrific choice to play everyone’s favorite grizzeld gunslinger. On the other side of Roland, Matthew McGonaughey will be taking on the iconic Man in Black/Walter/Randall Flagg and I couldn’t be happier with this. If there is someone out there who can perfectly embody Flagg then it’s got to be McGonaughey as he has the charisma and charm to breath life and fear into the character.

While there seems to be a number of changes coming our way, it does seem that the film makers have a good grasp on what the Dark Tower is. Using our knowledge from the spoilers section, we could find ourselves in a completely unique and different film experience. The Dark Tower comes our way Febuary 17, 2017 and all we can do right now is hope the film makers follow the path of the beam and don’t forget the faces of their fathers. As a long time fan of the series I’m at least willing to see what they’ve created before I lose my mind over the book differences.

Images from Entertainment Weekly and The Gunslinger

Home » Movies » The Dark Tower: From Book To Screen