According to recent reports, The Daily Show is mulling over a large change that would take place after Trevor Noah’s departure. The popular Comedy Central show might feature a team of two or even three people in its post-Noah stage. In September, the 38-year old announced his plans to leave The Daily Show and his final episode will air this Thursday, December 8th.

According to Deadline, Comedy Central might start having duos and trios host the show instead of just one person. The report says that a number of the current correspondents are being considered for the role. This includes Roy Wood Jr., Desi Lydic, Ronny Chieng, Michael Kosta, Dulcé Sloan, and Jordan Klepper.

The Daily Show could bring itself closer to Saturday Night Live‘s “Weekend Update” segment by further distancing itself from the traditional late-night show format and using a multi-host approach. This would allow Comedy Central to utilize the roster of correspondents already beloved by the show’s fans. 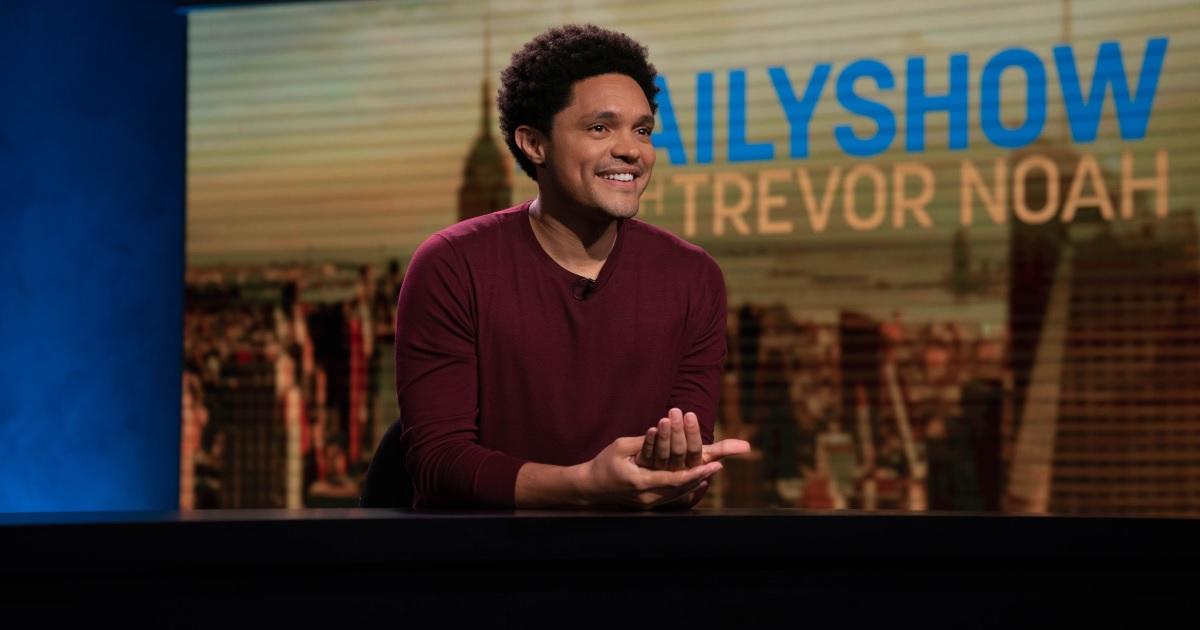 In a recent interview with The Daily Beast, Wood was asked about the possibility of taking over The Daily Show. He responded by saying that it’s an opportunity you can’t say no to, but he hasn’t thought about it creatively yet.

Noah, who joined The Daily Show in 2014 as a correspondent and was relatively unknown when Comedy Central named him Jon Stewart’s successor the following year, plans to leave the show on December 8th. This two-month time frame gives Comedy Central enough time to find Noah’s replacement. Though he has hosted two Grammy Awards ceremonies and the 2022 White House Correspondents Dinner since his initial appointment back in 2015, many were still surprised by this recent announcement – including The Daily Show staff, who allegedly found out just hours before Noah made his on-air statement.

A Comedy Central representative told Deadline Tuesday that various talented correspondents will eventually take Trevor Noah’s place on The Daily Show. For now, they are focusing all their energy on honoring Trevor and expressing gratitude for all he has done for the company.