It’s been long debated about when the Christmas season actually starts.

If you ask the department stores it’s before Halloween: 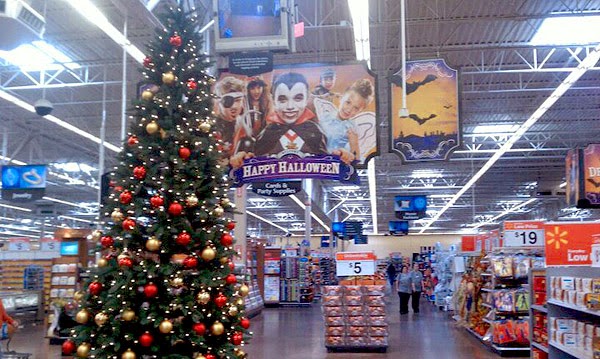 I went to target to pick up my prescription, I left with Halloween decorations and some Christmas attire.

Some think that it should start on November 1:

I have an idea: spirit Halloween turns to Christmas spirit on November 1 and sells Christmas stuff

Many go for the day after Thanksgiving:

Literally the day after thanksgiving I was blaring Christmas music. I’M ALIVE AND FESTIVE

However, for years on Twitter, there has been an annual meme understanding amongst users that Christmas starts on December 1 and when the clock strikes 12 on November 30th it’s time to put all of that Fall crap away and prepare for some Holiday cheer! So, we’ve gathered up 15 of some of the best Nov. 30 vs. Dec. 1 tweets for your enjoyment!

November 30: I am the owner and operator of the Struggle Bus

December 1: I am the owner and operator of the Struggle Sleigh, Merry Crisis! 🎄

Me on November 30 vs me on December 1 pic.twitter.com/CUoojtT26L

me on nov 30: it’s too early for christmas music
me on dec 1: pic.twitter.com/QSvHQ5SmYT

me in november vs me in december pic.twitter.com/pTEq4IlMIh

NOVEMBER 30: ok i guess ill eat the last bit of leftovers from thanksgiving
DECEMBER 1: [injecting christmas tree scent into my bloodstream] ALL I WANT FOR CHRISTMASSSS IS YOUUUUUUUUUUU BABY

us on november 30th vs. us on december 1st: (life day edition) pic.twitter.com/CG0ccNtmEJ

And since we are Fan Fest and huge fans of The Walking Dead, we couldn’t resist throwing one together!

When do you start celebrating Christmas?