‘Passion…it lies in all of us. Sleeping, waiting, and though unwanted, unbidden, it will stir, open its jaws, and howl. It speaks to us, guides us… passion rules us all. And we obey. What other choice do we have? Passion is the source of our finest moments; the joy of love, the clarity of hatred, and the ecstasy of grief. It hurts sometimes more than we can bear. If we could live without passion, maybe we’d truly know some kind of peace. But we would be hollow. Empty rooms, shuttered and dank… without passion, we’d truly be dead.’

The 20th anniversary of Buffy the Vampire Slayer was a moment in history for pop-culture. The show is considered a cult classic and with good reason, it took the blond bombshell who usually didn’t make it 15 minutes into horror film/television and made her the heroine. It brought vampires and witches and werewolves and instead of making them seem like scary myths or urban legends, dropped them in a small town and made it almost believable.

When the series ended in May of 2003, Buffy knew she wasn’t alone anymore, having broken the one ‘chosen slayer’ spell.  While the 8th edition of the comic series happened in 2007, the television series was not revived; the last episode of Buffy the Vampire Slayer remained the last, fittingly. The end, while leaving some questions unanswered, did the characters justice while still allowing fans to believe in their own version of a happy ending.

While the cast has come together since the series’ end, the 20th anniversary of the series was special, and their reunion photos prove it. The cast, in shades of black, seemed to revisit some old haunts as they embraced the years of change but the common thread that still weaved them all together. 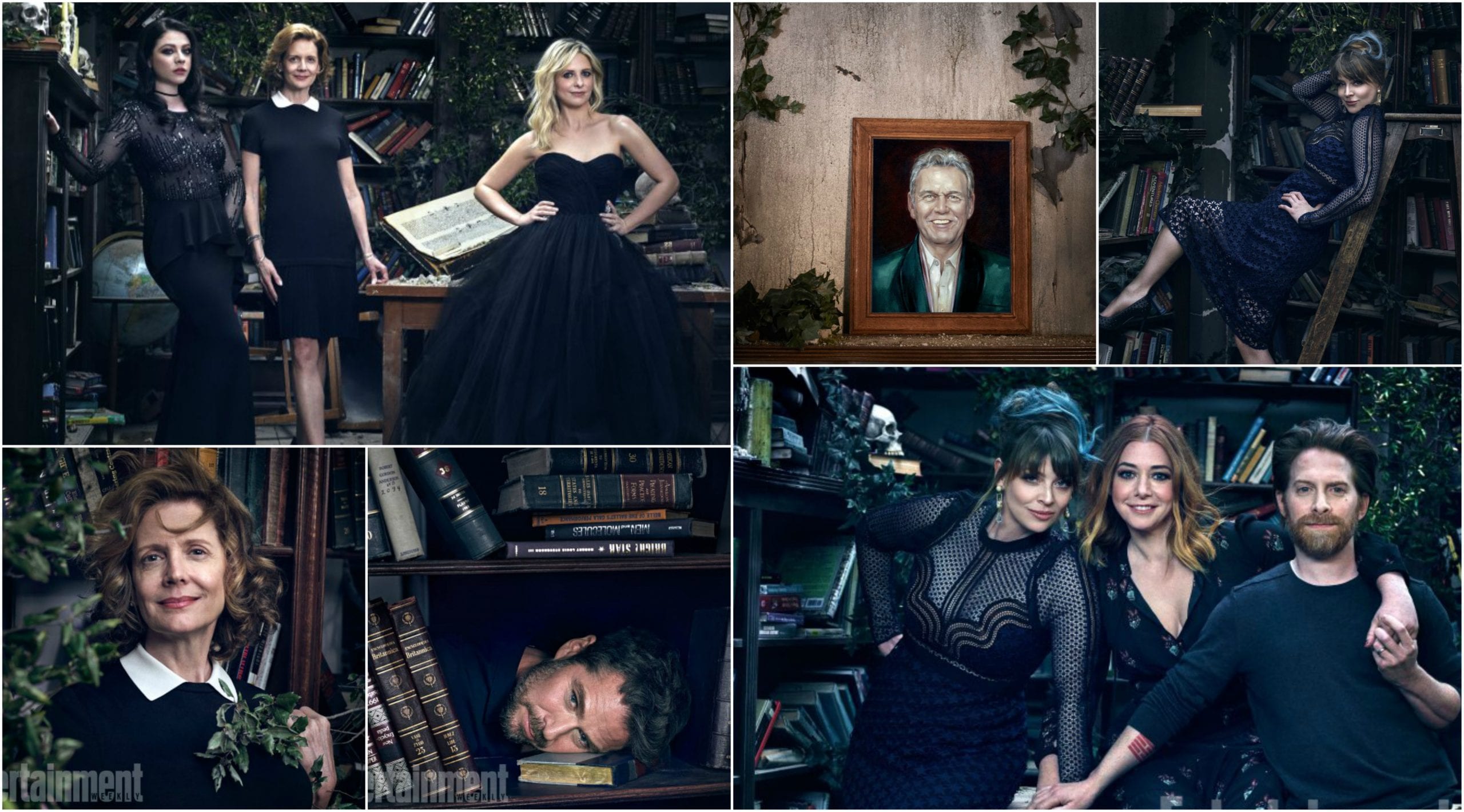 ‘We are family,’ Sarah Michelle Gellar said on the set of the shoot, and you can tell that she spoke for the group as she said it. The series meant a lot to fans who watched, but it created a bond between the cast and crew that’s never been broken. They grew up together as the show filmed, and they’ve continued to support one another after its end. 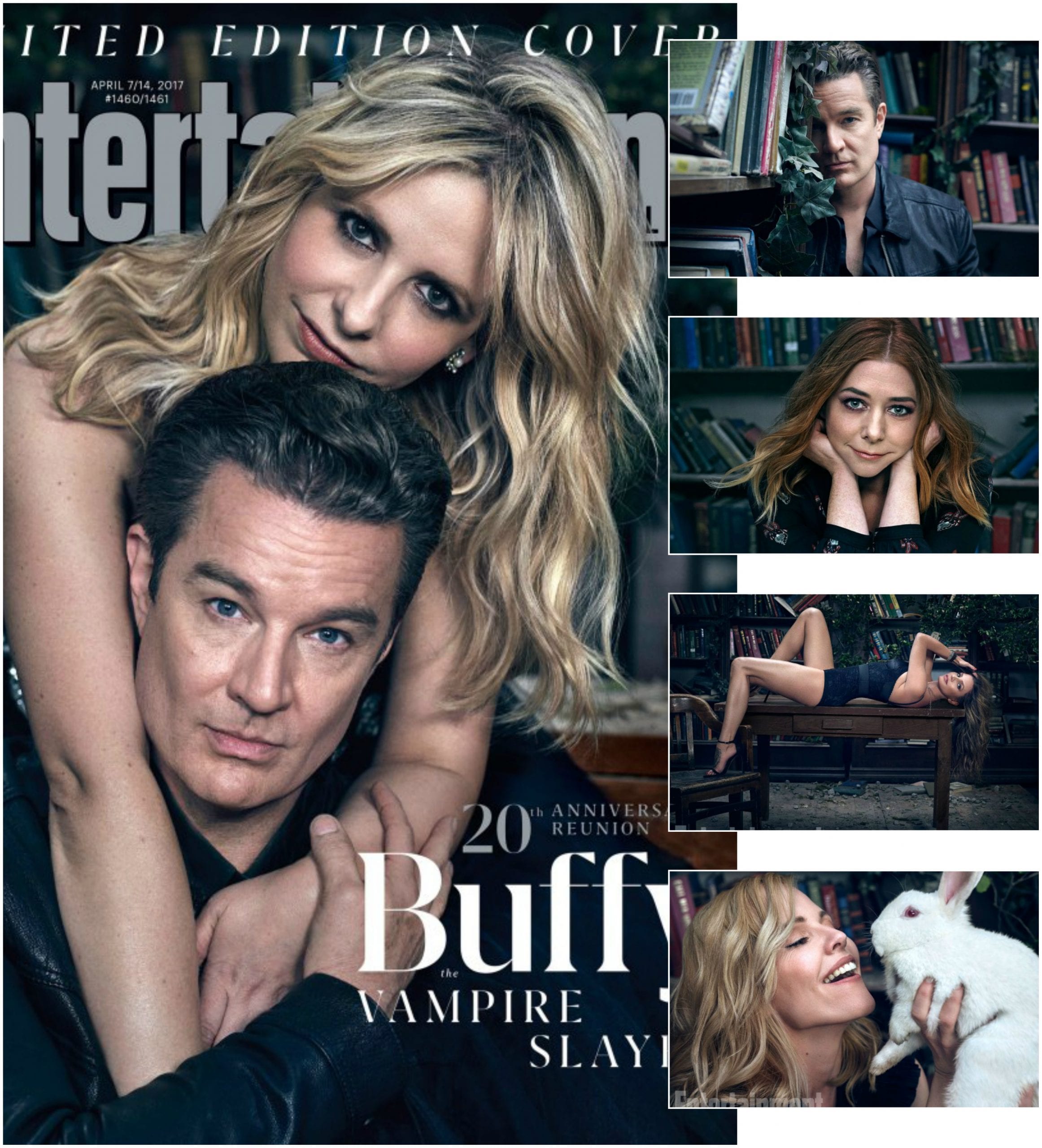 With a series like Buffy, there’s never truly an end, which is another part of what made this shoot so incredible for fans and for the cast. It was like revisiting an old friend. They didn’t keep all of that joy to themselves, though, or just allow fans to experience in photos; they sat down for an ‘episode’ which included some cast interviews where they talked about their experience and what it meant to them then, as well as what it means now.

Seth Green said, of the series.
“It celebrates all these important things like being young, evolving, and becoming yourself. Having friends, the relationships you have with your family, defining yourself and your purpose, then running from your purpose and facing it. I think it’s all very positive.“

You can watch the interview on EW and check out more photos as well. If you’re a collector, make sure to grab the issue on newsstands – it’s a must have for any fan of the series.

Oh, and if you were wondering who Buffy ended up with, at the end of it all…well…let’s say, she chooses the ‘good side of evil’. 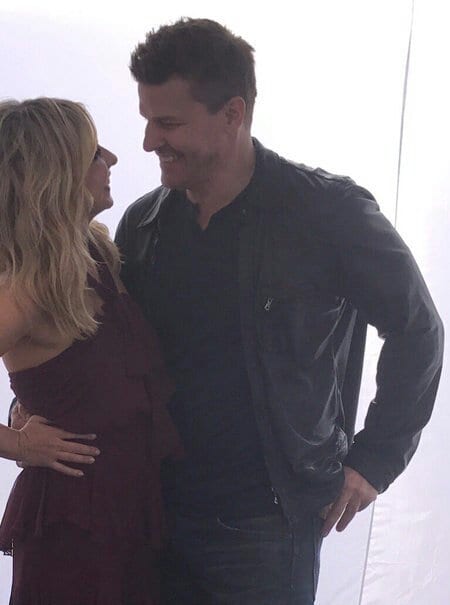