With less than a week until fans rush to theaters to see the MCU’s highly anticipated Black Panther, it’s most definitely the talk of pop culture.

In addition to the film, fans have also been incredibly excited about the soundtrack. Curated and produced by Kendrick Lamar, there’s no way it could be anything other than a smashing success.

After weeks of waiting, the soundtrack has finally dropped and with names like Lamar, Khalid, Swae Lee, and SZA – these songs are definitely making an impact. 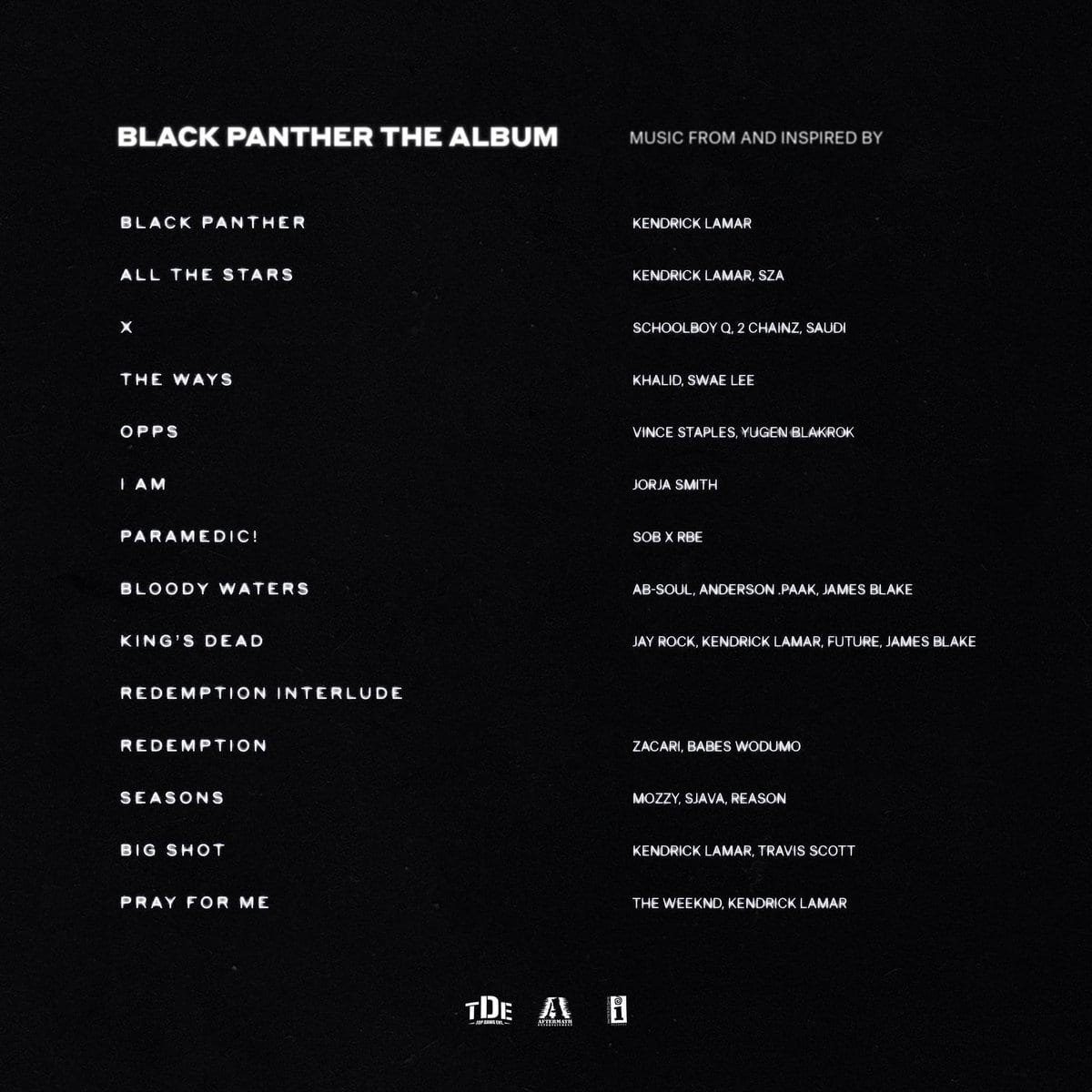 With some already released songs, the soundtrack rounds out with 14 tunes to tide you over until the film hits theaters next week. Then to become a staple in your music library because it is incredible.

You can stream the Black Panther soundtrack on Spotify and purchase it on iTunes now.