Since Sheldon and Amy are officially engaged, they need to set a date. Sheldon saved 80.

Later that night, Sheldon begins sleep-talking. Normally it isn’t a problem, but he is acting like a different person. Maybe the planning is stressing him out too much. 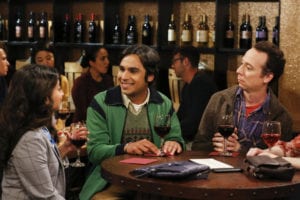 Raj conveniently forgets to tell Stuart that he is meeting Ruchie. She politely turns them both down when she sees that they are interested in her.

Sheldon is sleep-talking again and Amy records it. Sheldon says it means nothing but Amy doesn’t believe him. 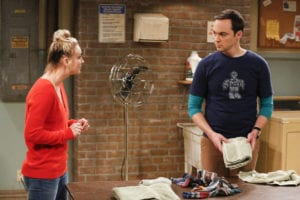 Sheldon begins to freak out that his subconscious is hiding a personality from him. Penny tries to reason with him and he actually starts to see her point. She suggests that he tries something to help him relax. So he tries out flipflops. It ends disastrously.

They decide on a June wedding.

This episode was cute because we got to see a different side of Sheldon. Other than that it was a little slow moving and when is Penny smarter than Sheldon? Maybe he was to stressed to even realize the possibility that his subconscious could be telling him to relax. Don’t get me wrong, I liked the episode, it just felt more like a filler episode.