Rocktober is over and Bert is kind of sad about it. He wants to collaborate with Sheldon on a project. At first he’s not feeling it because it’s geology but then agrees. He is embarrassed because apparently geology is not real science.

He confides in Penny about his dilemma because he thinks working with Bert will tarnish his reputation.

Raj and Howard go out to a bar and to watch a cricket match. Bernadette’s coworker Ruchie is there and the boys ask her to join them. Her and Raj discuss cricket and Howard feels a bit awkward. 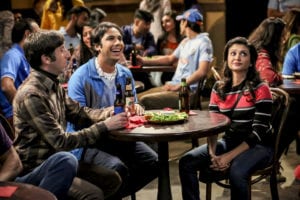 Raj eventually spends the night at Ruchie’s but nothing happened, they want to keep things casual. Stuart is optimistic that Raj will screw it up with her. Raj and Ruchie go to dinner later that night and naturally Raj is fantasizing about her. Regardless, they seem to be hitting it off. Ruchie, however, doesn’t want a serious relationship.

If you think the work is interesting, nothing else should matter.- Amy

Sheldon left his jacket at Bert’s and when Bert returns it to him, he says some things about geology that upsets Bert. Now Bert doesn’t want to work with Sheldon. Sheldon seems remorseful and Amy helps him through it. 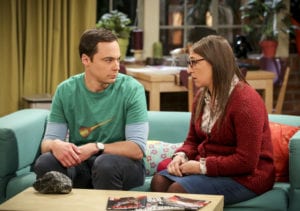 Sheldon goes to Bert’s office and tries to reconcile with him. Unfortunately, Bert has moved on and is now working with Leonard.

This episode showed a lot of character growth. I loved seeing Sheldon venture out into the world of geology but I loved seeing Bert stand up for himself more. Raj even grew in that he openly admitted that he wants a serious relationship, even though he’ll still settle for the casual relationship. I wonder what will come of this, maybe we’ll find out next week.

‘The Big Bang Theory’: Ending Sooner than We Think?