Leonard and Penny have agreed to help Zack and Marissa. Sheldon, of course, is a little jealous and tries to get them to see that he’d be the better choice… 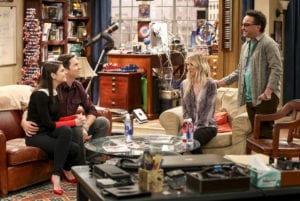 Raj is kind of sad, this would’ve been his wedding week. He does feel like he made the right decision but still wants his bachelor party. They were going to go on the vomit comet. Sheldon and Leonard can’t go, so boy’s weekend turns into couple’s weekend. Anu is glad Bernadette came with them. 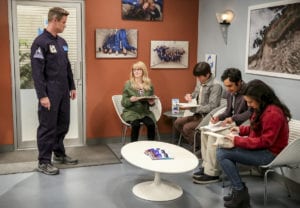 Penny’s dad is visiting. He knows Penny doesn’t want kids and starts on her. She throws Leonard under the bus and now they have to explain the Zack thing to Wyatt. Wyatt understands, comparing Leonard to a prized stallion. Penny tries to seduce Leonard with lingerie and comic books, so he’s sleeping on Sheldon’s couch. Is she not totally on board with this plan? Wyatt tries to talk to Penny about the no baby thing and she admits that she kind of regrets it because she feels like she’s letting Leonard and her father down. Leonard 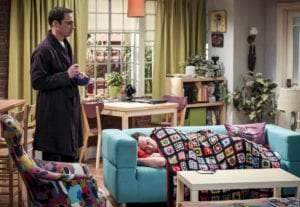 Penny, girl, I feel you. My father has started on me about kids, too. Anyway, this episode was good. I like that we are revisiting Leonard helping Zack and Marissa. I think it’s very nice of him to do something like that. This wasn’t a particularly important episode, but I did enjoy it. Wait, it might be super important, could Penny be changing her mind?