Sheldon, Leonard, Howard and Raj had mined some bitcoin a few years back, thinking they were useless. Turns out bitcoin is worth a ton of money now.

Sheldon  wasn’t with them the day they mined but he was the one to gave them the idea. He vowed that they’d regret mining without him. 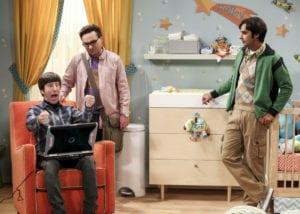 Howard finds the laptop he used seven years ago and they discuss what they’re going to do with the money. Bernadette overhears and squashes Howard’s dream of owning a big car. They can’t find the bitcoins but remember that Howard’s laptop kept crashing so they ended up using Leonard’s.

Sheldon and Amy are discussing marriage venues with Penny when the boys barge in looking for Leonard’s old laptop. They can’t find it. Penny remembers that Leonard gave it to her, but she in turn gave it to her ex, Zack. 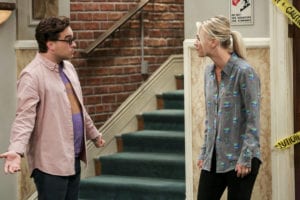 Leonard is upset that Zack has the laptop. Zack senses that they’re having an argument and he really tries to help. Zack remembers that Penny made him a video about how much she missed Leonard when they broke up and the fight is over.

They get the laptop back and the bitcoin is gone. Sheldon took it to get back at them for not including him seven years earlier. The twist is that Sheldon put it in the Batman flash drive on Leonard’s key chain… the same one that Leonard lost years ago.

Stuart found it in his comic book store, unfortunately he erased it and resold it.

Sheldon’s ability to hold a grudge never ceases to amaze me. This episode was great, I love seeing flashbacks. The jokes were funny and this episode proved just how perfect Penny and Leonard are.