Despite the cancellation of many projects at Warner Bros., including some DC additions, The Batman will still get its Penguin-centric spinoff, and it might begin shooting sooner than anticipated.

According to Deadline’s The Dish story, some of the events at Warner Bros. following its major news last week were that the Penguin HBO Max series will start production in February 2023. According to Deadline, the new Suicide Squad series is in development alongside Warner Bros. and DC Films president Walter Hamada. Another The Suicide Squad spin-off show will focus on Amanda Waller this time, according to the report.

Fans who were worried that the program would suffer a similar fate to Batgirl, The Wonder Twins, and other DC HBO Max programs will be relieved by this new study. 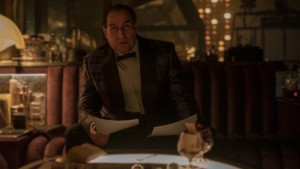 The Penguin spinoff series was given an order by HBO Max with Matt Reeves as executive producer, alongside Dylan Clark and Lauren LeFranc, just a week after The Batman’s premiere. This series order came just one week after the film’s release, suggesting that the studio is keen on extending this universe.

According to Farrell, despite not being in the director’s chair for the program, Reeves is involved in writing and selecting who will direct The Penguin.

If production is scheduled for February, the series might arrive in late 2023 or early 2024 unless any last-minute changes at the studio occur.

Home » Television » “The Batman,” a Penguin Spinoff Film, is Scheduled To Shoot Next Year