Halloween is not just the best time of year for candy and horror movies. The holiday also brings its own specials, from the annual “Treehouse of Horror” episodes of The Simpsons to perennial classics like It’s the Great Pumpkin, Charlie Brown. Friends, and other series also have beloved Halloween episodes that have become part of Halloween celebrations around the country.

If you’re a fan of horror, this year has been fantastic for new content. Both Netflix and other streaming platforms have released a plethora of options ranging from classic series to movies. Even Disney+ got in on the action with their Werewolf by Night special.

There’s a ton of new horror content on TV nowadays, but it’s essential not to forget the classic Halloween episodes that frightened and entertained us in the past. Here are 10 of the best ones. 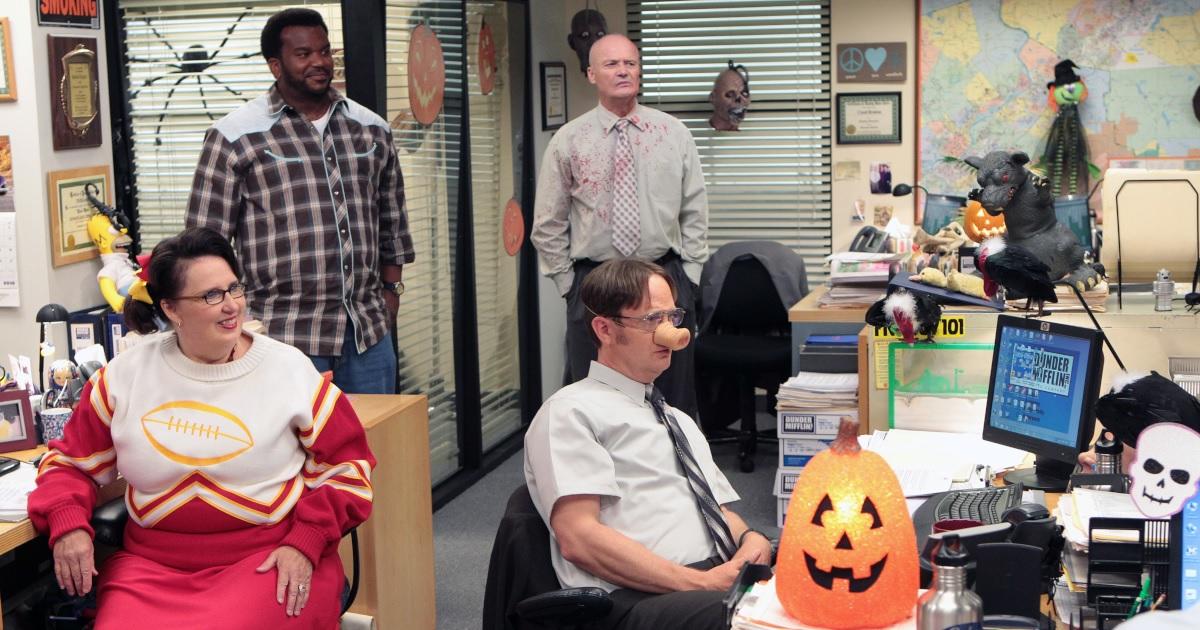 If you’re in the mood for some seasonal content, why not check out Parks and Recreation’s (available on Peacock) Halloween episodes? In Season 5’s “Halloween Surprise.” Leslie is dressed as Rosie the Riveter while Jerry has a heart attack. You also get to see Ron taking his girlfriend’s daughters trick-or-treating. Plus, the episode ends with Ben proposing to Leslie.

Treehouse of Horror V – The Simpsons

Every season since the second one in 1990, The Simpsons has done a special “Treehouse of Horror” episode. One notable one is from 1994 where they parodied The Shining in an episode called “The Shinning.” Another famous thing about that particular episode is that James Earl Jones voiced Maggi in its “Time and Punishment” segment set in an alternate universe. Lastly, “Treehouse of Horror V” is also well-known for having fits of violence throughout the half-hour show.

The iconic episode of “Boy Meets World” where Shawn is introduced

On Disney+, the show Boy Meets World aired an episode called “And Then There Was Shawn.” which made light of the teen slasher film genre. The plot follows a group of friends who are stuck in detention at school when strange and spooky things start happening, resulting in the death of Mr. Feeny, a janitor, and one of their classmates. Jennifer Love Hewitt also guest starred on the episode.

Joss Whedon’s supernatural series, Buffy the Vampire Slayer, did several Halloween-centric episodes over its run but “Fear, Itself,” from Season 4 (available on Hulu) is considered one of the best. In it, all the characters have to confront their worst fears during a Halloween party held in a mansion that was also used in the first season of American Horror Story.

The “Tricks and Treats” episode of Freaks and Geeks

There are many great moments in Freaks and Geeks’ Halloween episode, “Trick and Treats”. Even though the series only lasted for 18 episodes, it was beloved by fans.

The two-part “Halloween” episode of American Horror Story’s first season (available on Hulu) is a great example of the creep factor in the show. In Ryan Murphy’s world, ghosts take over the Murder House on Halloween, making it a living hell for Ben and Vivien. The episode was written by The X-Files veterans James Wong and Tim Minear notes Vulture.

“The One With The Halloween Party” – A Friends Episode

“The One With The Halloween Party” is, surprisingly, the only Friends episode to take place during Halloween (available on HBO Max). In it, Sean Penn makes a guest appearance as Phoebe’s twin sister’s fiance. The episode centers around an arm-wrestling competition between Chandler–dressed as an Easter bunny–Ross (as “Spud-Nik.”) and others. Phoebe is dressed as Catwoman while Monica appears as Supergirl.

2010’s “Halloween” episode of Modern Family has become a modern classic and is still one of the best episodes aired. In this episode, Claire loves Halloween and tries to turn her home into a haunted house but everything that could go wrong goes wrong. The family comes together in the end though, as always happens in Modern Family creating hilarious results..