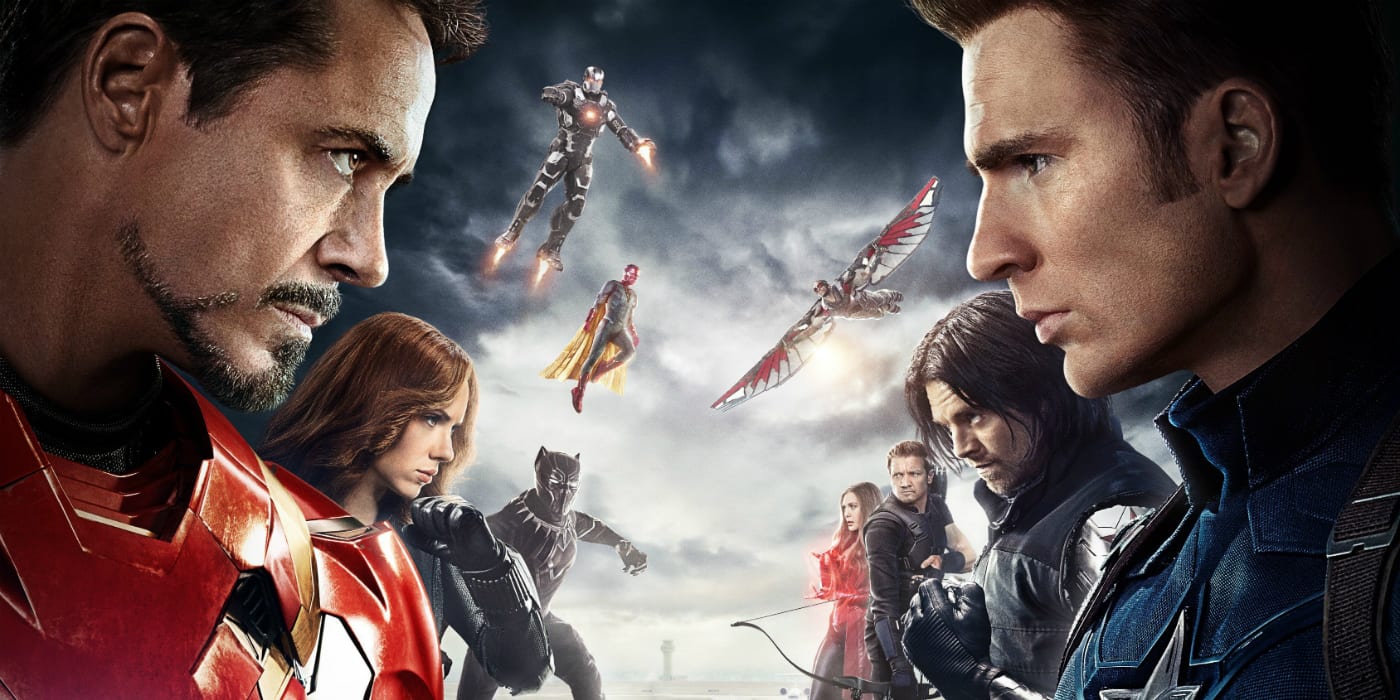 Captain America: Civil War won’t hit theaters for another two weeks but that’s not stopping the rivalry between Team Cap and Team Iron Man from heating up on social media. All in good fun, of course. It all started last week on Twitter when the official account for Captain America urged tweeters to choose a side with the hashtag #TeamCap or #TeamIronMan. Whatever side tweeters chose, they would receive a video message (some even personalized) from the cast congratulating them or questioning why they chose that team in the first place. BTW, if you chose #TeamIronMan, you are dead to Paul Rudd. Sorry.

Wednesday night, while promoting the film in Singapore, the stars of Team Cap, Chris Evans, Sebastian Stan, and Anthony Mackie, issued a push-up challenge on The Russo Brothers’ Facebook page to Team Iron Man, specifically Robert Downey Jr., who they say they’ve never seen do a push-up and “only did half a squat the other day.” They even offered to spot him 20!

The Iron Man star would not take that laying down. Literally. The Russos’ posted a video of Downey doing the 20 push up challenge and we have to say, he looks like he is in the best shape of his life! There
is no way he just celebrated his 51st birthday a few weeks ago! Even Paul Bettany who plays Vision got in on the action, only he leaned against a door and used his finger. But hey, Team Cap never said what
kind of push-up.

Earlier today, things got even more intense when Chris caught Robert eating the last doughnut with red, white, and blue sprinkles on it, as Elizabeth Olsen looked on from the sidelines. GASP! How could you, Robert?