When Taron Egerton said he’d spoken to Marvel Studios, the internet went into a tailspin. Even though he didn’t specify that he’d spoken with Kevin Feige’s team about Wolverine in particular, a lot of fans have taken up the baton and carried it forward.

To be fair, the actor has never been hesitant in expressing his desire to join the Marvel Cinematic Universe, whether it’s as an iconic mutton-chopped mutant or not, but it turns out the Rocketman star did come quite near to the X-Men universe previously, even if he didn’t want to sign on the dotted line. 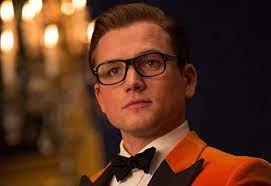 In an interview with SiriusXM, the topic of Marvel inevitably came up in Egerton’s orbit, where we would announce that he had held preliminary talks with Fox about taking over as Cyclops.

“To be honest, the reason that conversation never went any further is because I didn’t want to play a character for a potential series of movies where you don’t see my eyes. I felt instinctively, creatively, that the eyes are the windows to the soul, I would find that challenging, and I just didn’t find it an intriguing prospect, so it’s not that they never offered it to me, but there was a conversation, a real conversation, that never went any further.” 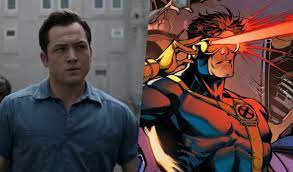 Tye Sheridan ended up donning the visor instead of Apocalypse and Dark Phoenix, which turned out to be a fortunate miss for Egerton in the short term, and perhaps potentially in the long run.