This episode has been the most intense Taken yet!

Hart has a special dinner planned with Harry and some celebrity chef. Poor thing has to cancel the dinner because she always puts work first. She and Harry were going to preorder the soufflé. Soufflés are tricky things. One bad move and everything falls apart. That’s an apt metaphor for what happens this episode. Hint: Bryan opens the oven door, the soufflé falls and then Bryan crawls into the oven and shuts the door behind him. 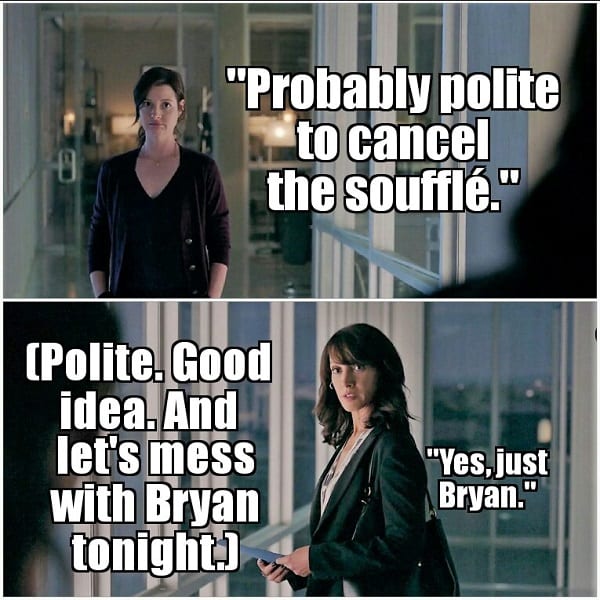 Riley intercepts intel on the gunrunners who supplied Mejia with the guns. Christina not only cancels her dinner date, she also disrupts Bryans private life. Bryan made her wait a whole fifteen minutes because he was with Asha. Poor Asha. I think Christina and Asha may have different opinions on who exactly has dominion over Bryan’s time and body. 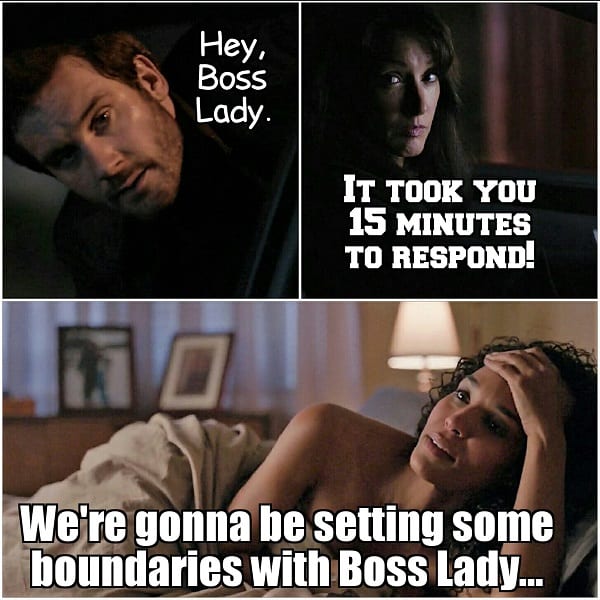 Christina Hart sends Bryan to terrorize, er, verify intel with Mejia. Bryan knows it’s a test. He acknowledges he’s never gonna to be a peaceful monk on a mountain top, but Mejia survives this encounter to rat out criminals another day. Bryan simply threatens to throw Mejia into federal prison. I’m sure the general population is a little bigger now that Mejia has rolled over on so many people. 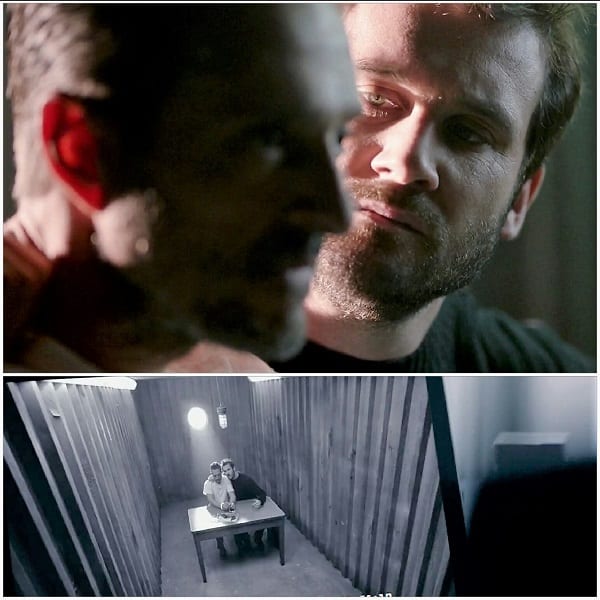 The team heads to Montreal to get the arm dealers that Mejia identified. No one in town knows they are operating on foreign soil. During the stake out, an even bigger dog is uncovered. Bryan gets antsy and places a tracker on their car. Christina is not amused, but it does lead to the discovery of a hideout. (A really ugly hideout. In fact all the houses in the gunrunning area of Montreal are pretty outdated.) 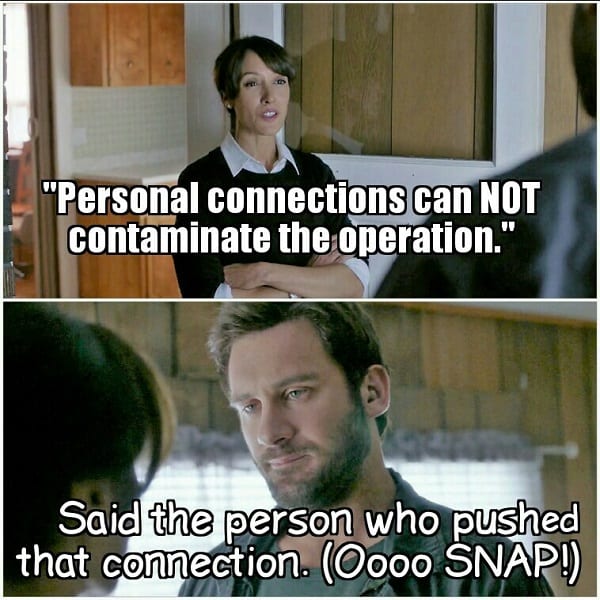 Special Ops decides to intercept the guns to get to the bigger fish (Bryan’s idea), but Bryan is sidelined for his attitude and behavior. 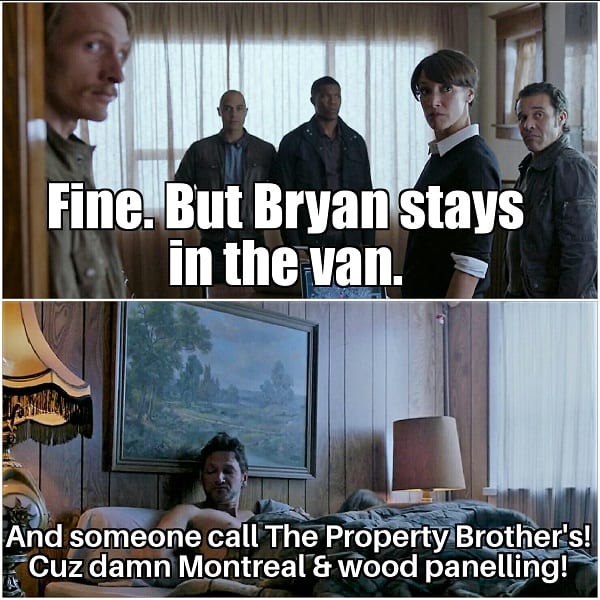 The gun bust goes badly, because Montreal police are tracking the same guys. (Oh sure, Boss Lady yells at Bryan for planting a tracker, but no one takes heat for not verifying special police details.)

The team backs off when confronted by Montreal police, but the police don’t know that the main guy is still in Hart’s custody. The bad guys give chase to get their man back and Bryan “sacrifices” himself to give the team time to get away. He was told to stay in the van. He did follow THAT order. 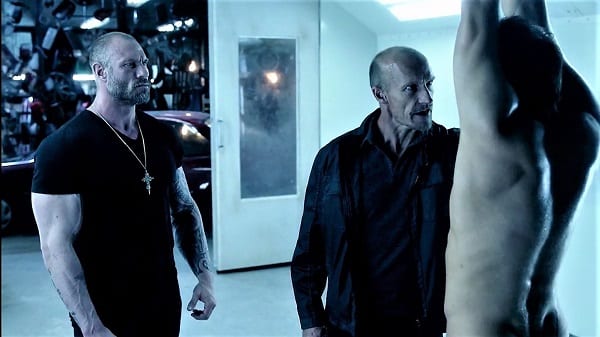 Bryan is tortured. His beatings and electrocution are intercut with several militaristic “forty days in the desert” like scenes, where Scott and Dave prepare Bryan for interrogation and torture. 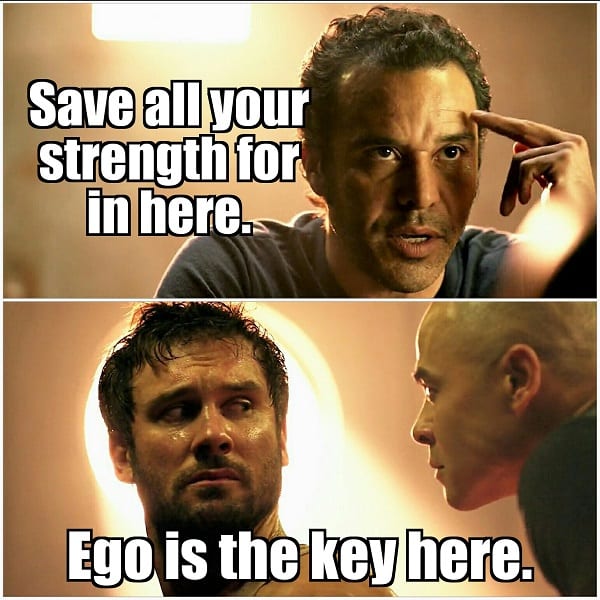 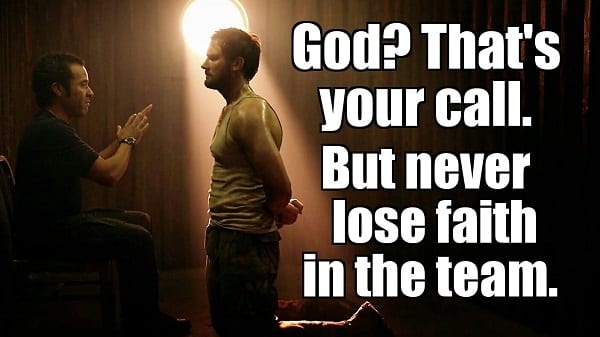 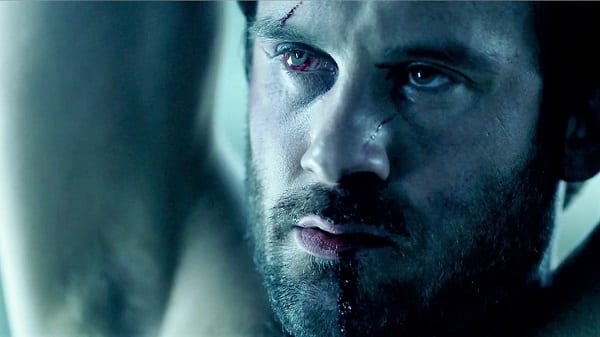 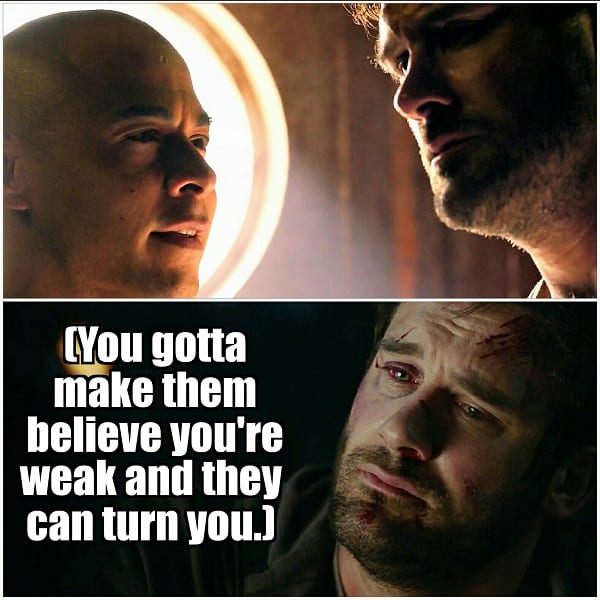 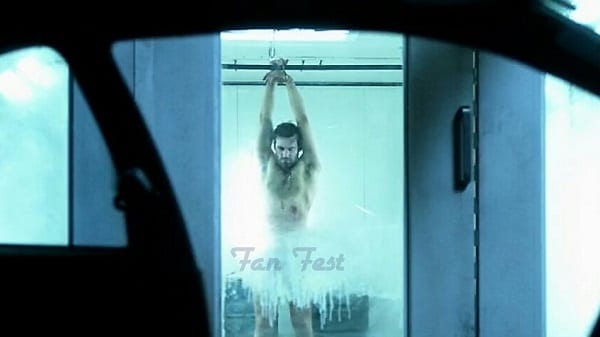 Just when you think hope is lost, because Bryan is still being crucified… 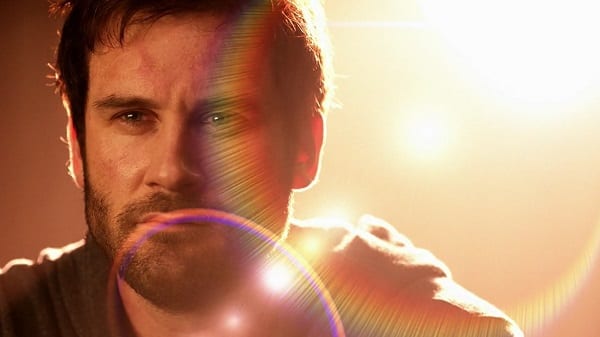 …Bryan is cut down and hooked up to a lie detector.

Dave’s words remind Mills, “The good cop is the closer. He wants you to believe he is the only one who can bring you back from the brink. And all he needs for that to happen is the truth. Which has to come out at some point. Cuz no man can last forever. And you’ve done your duty by lasting this long. Which he respects.” 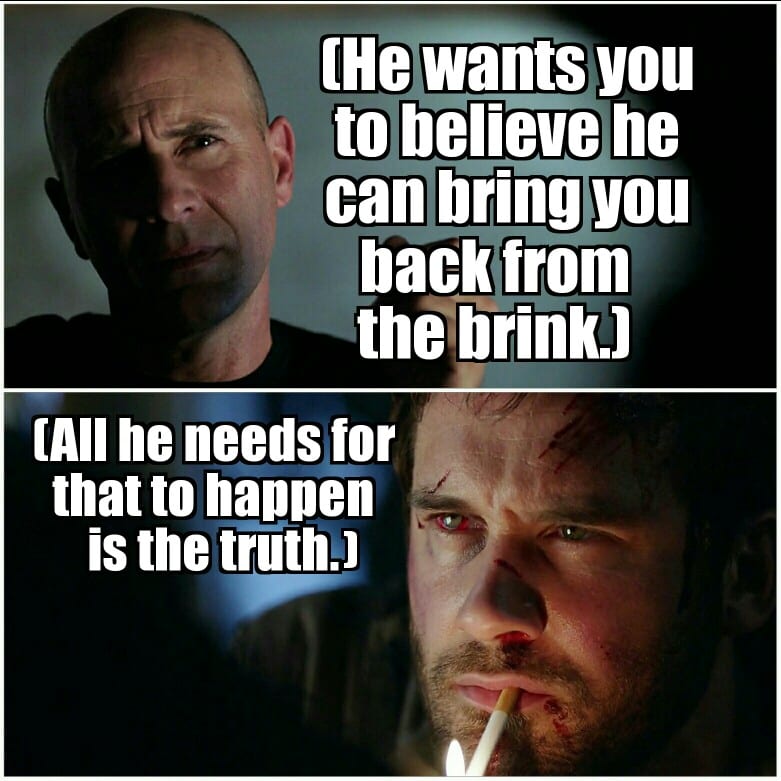 Bryan’s truth is NOT the team’s current mission, but that Mejia killed his sister. Which is less and more true at the same time. It works. Bryan convinces his captor that he’s broken and weak.

Bryan strikes, fighting his way to the exit. Hart’s team gets to Bryan (using the tracker he put on the first car, by the way) just in time to help Bryan stumble out the front door.

The team then captures the bigger bad guy and intercepts the shipment of guns. John keeps Bryan on a short leash around the perps. He makes a much better alpha dog to Bryan, than Hart does. The team is pretty pissed about Bryan’s tactics. He wouldn’t have been caught had he worked with the team. Fair enough. 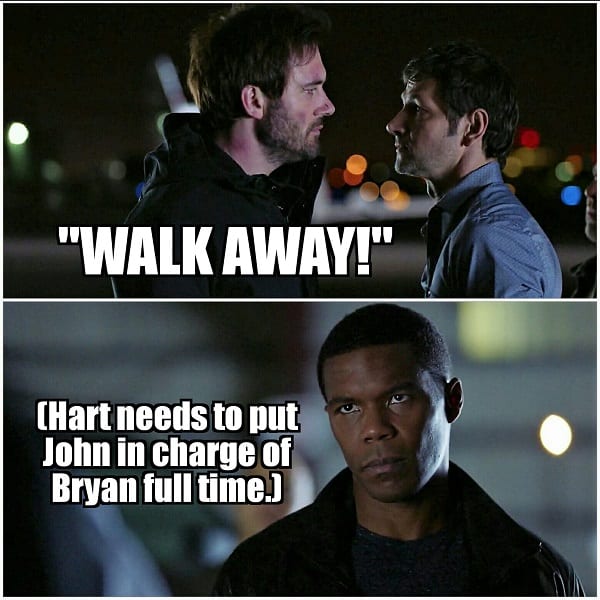 Miraculously, Bryan is on time for a scheduled dinner date. His latest excursion to the dark side has prepared him fairly well for meeting Asha’s parents. 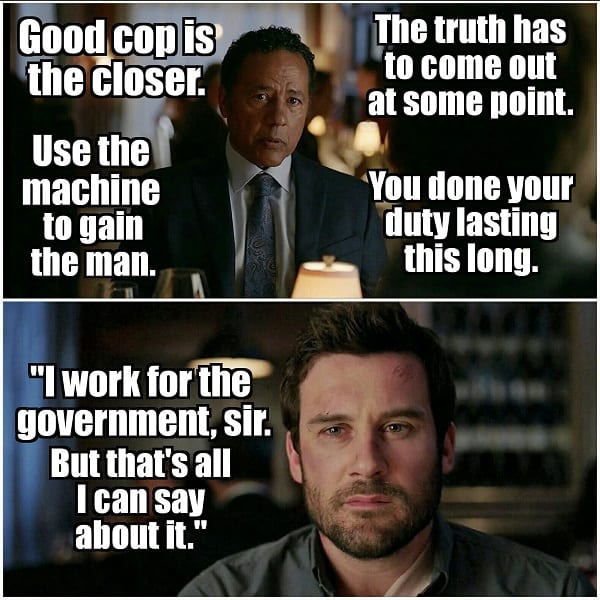 Stay tuned next Monday on NBC, for more Taken!