I’m retitling this one “Ready, Not Ready.” When briefed on an assignment, Bryan is grilled repeatedly, he is ONLY close recon. The team will execute the main operation. But Bryan doesn’t have an off switch, so when plans change, he takes out a few terrorists, and beats the living day light out of the guy holding the girl. The problem is, Bryan sees his dead sister begging for help, aaaand, oh yeah, it’s a training session! Mills is pulled off the faux terrorist before he’s killed. Christina Hart arrives with a sympathetic face, realizing Bryan is still broken after his sister’s death. But I bet having a berserker-lite in your back pocket will come in handy, won’t it, Agent Hart? 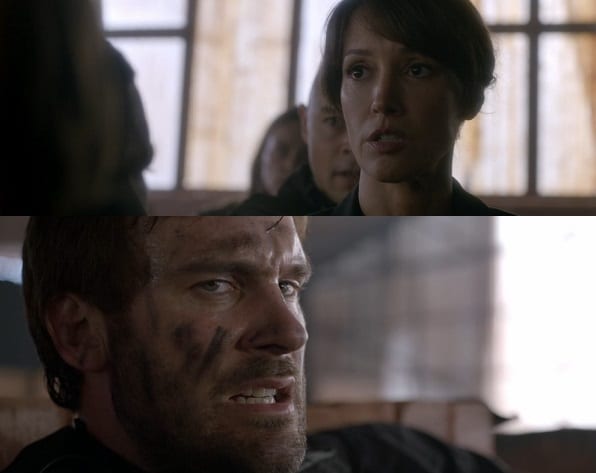 Most of the unit is sent to the Ukraine, while Mills sits at desk duty. As Mills gives Christiana hell for benching him, they learn a Senator died of an apparent heart attack (read: poison). When the ops unit in the Ukraine grabs their target, they patch through to Mejia, the drug lord, for an id. Mejia is far worse off than last we saw him. Bryan perks up, he can taste Mejia’s blood. While Riley contemplates coffee, Bryan snakes the feed to Mejia’s cell.

With the rest of the crew still in the Ukraine, Christina has to take Mills to speak with a desperate field agent. Christiana gets into the agent’s car, where Bryan can’t cover her. 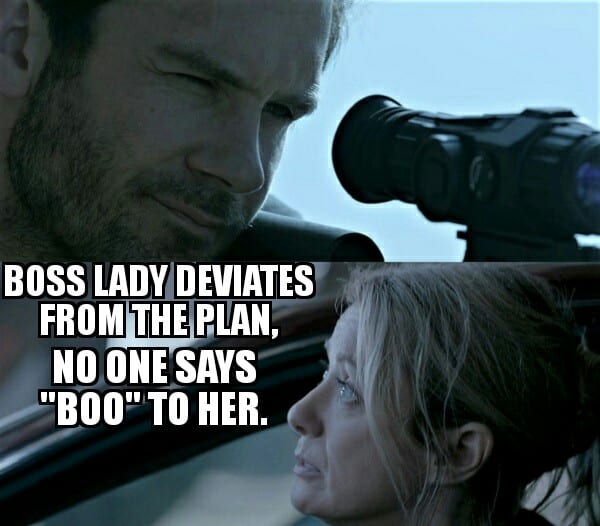 Agent Clara Ward knows the senator was poisoned and why. The agent is shot driving off. Hart is hit too, but lives.

Despite the confusion, Bryan gets a clear photo of the shooter with his gun sight. Everyone is impressed. The team decides Bryan has a, “healthy dose of American nuts.” And by “nuts” they mean “crazy”, not the other kind of nuts. Sure, sure. Probably a little of both, but the other guys can’t admit that to the new guy.

They ID the shooter from Bryan’s photo. The team heads out to TAKE HIM ALIVE. I repeat, 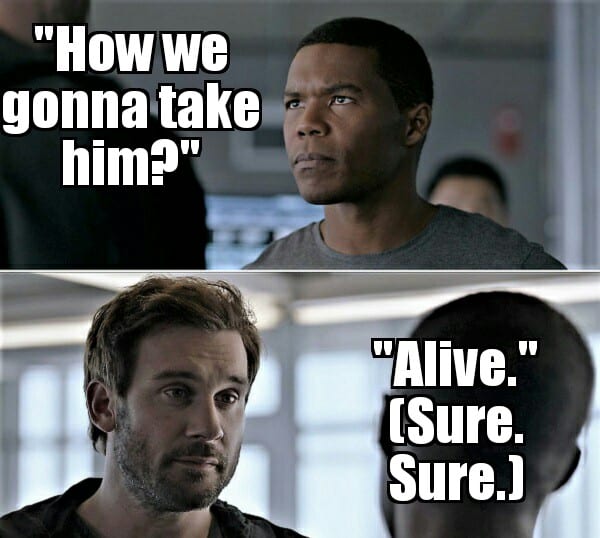 Bryan has to stay in the car because of his earlier break. But of course, he doesn’t. 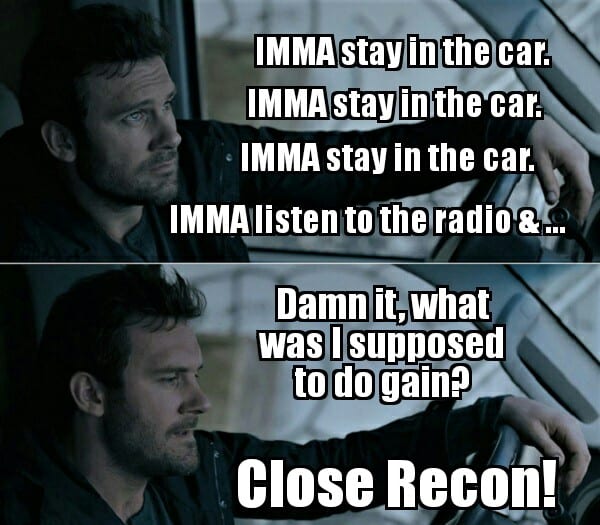 He finds the shooter. They go toe to toe, and Bryan watches in horror as the bad guy falls from the parking garage. Oops. With the words, ”take him alive,” echoing in our ears, Bryan says, “he’s moving.” 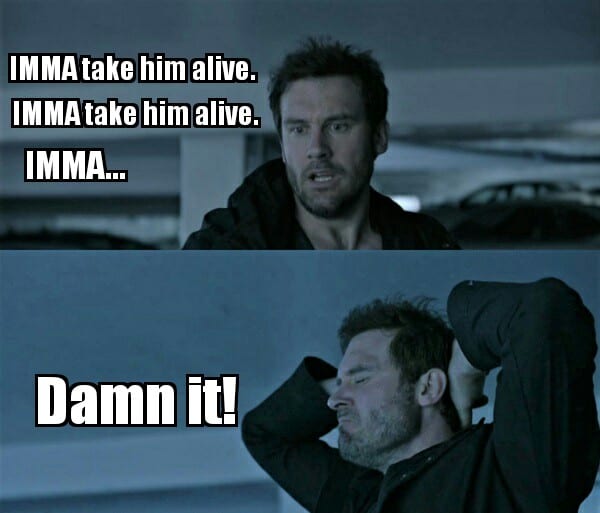 Hart’s team gets their suspect to a hospital. The bad guys arrive to shut their man up permanently. Mills enlists a security guard named “Germany” (Really? Yep.) to help when the power is cut. It feels like an homage to “Die Hard” when Mills asks Germany to create a diversion over the walkie talkie. (I hope we see Germany again. No doubt we’ll be in this hospital a LOT.) 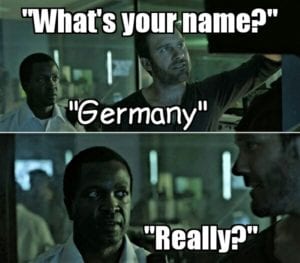 Bryan plays John Doe in the patient’s bed. He gets the bad guys, literally staking one of them with a broom handle. He’ll live.

The mercenaries are detained on the cargo ship. (Is this the same ship holding Mejia? That would cut down on Bryan’s hunt. Hart is probably smarter than that.) I assume the ship is in international waters, not subject to any treaties or human rights laws.

It was probably the result of being shot, but in a strangely satisfying line, Hart, sounding like Liam Neeson says, “You murdered a personal friend of mine, Clara Ward.” You expect her next line to be, ”And I WILL kill you.” But no. 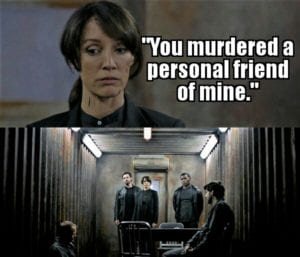 The mercenaries were hired to protect foreign aid workers. However, their company started selling refugees to the slave trade. The bad guys are told, ‘the last one to talk won’t ever see dry land.’ As the door shuts, they start screaming that they’ll talk. (Man, they really are spineless wusses.) Who was first? We never see if the second guy was tossed overboard.

The team gets the corporate head to confess to the Senator’s death, by poisoning him. (Any means to an end for Hart.) Then everyone welcomes the new guy over beers, and Bryan admits he’s a little messed up. How many action heroes are willing to admit that right out of the gates? (I bet we’ll learn that Bryan is the least messed up person in that room.) 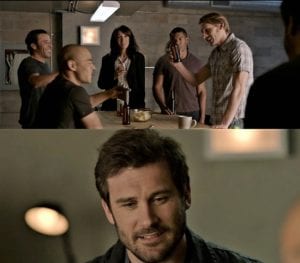 Lastly, Bryan shows Asha (who keeps popping by his apartment, doing her own recon) the video feed of Mejia. She’s uneasy. Bryan looks a little scary. Dude, she’s an environmental lawyer! They’re one step removed from a civil rights attorney! I doubt she’s going to be ok with these tactics.

Tune in next week to see if Bryan gets to Mejia, and if any more suspects are taken to the hospital.