The velocity of Taken hasn’t slowed down in the third episode. Woven into this week’s story, we learn how far Christina Hart will go to get the job done. She’s more than a little twisted. And Bryan is built up as completely selfless and empathetic. But he shows his moral flexibility too.

A suspect on the terrorist watch list disappears. The team learns he’s been kidnapped by a group hoping to ignite a crackdown on terrorism with fake attacks. The team diffuses the situation, saves the faux terrorist and sends a strong message to the group within the Department of Defense, who are trying to coerce the President to action.

I try to find to keep my recaps light and funny. But this week, the subject matter is a little too serious for me to get silly. So instead, here are a few highlights from the show that paint a clearer picture of our main characters.

Mills and Hart visit the wife of Zahid, the missing suspected terrorist. They find video footage of the abduction. Bryan’s interaction with the suspect’s son spurs a flashback to Iraq. He’s sympathetic to the family’s fears after years of being a soldier. 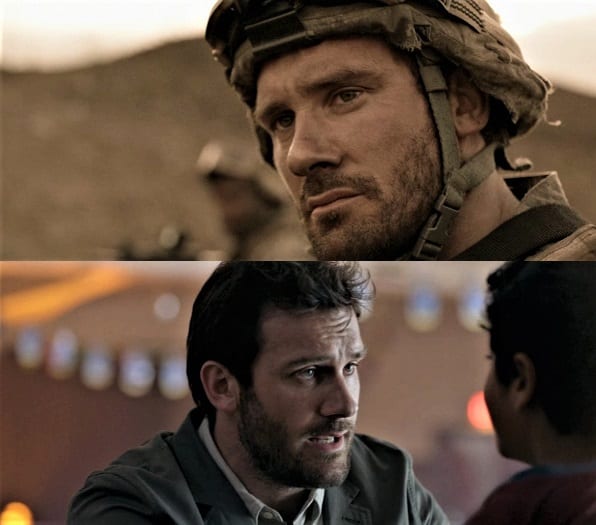 Mike Gilroy is quickly ID-ed as one of the kidnappers.

He has a huge scar on his head from a the serial killer he apprehended tried to remove his face. He was considered a master manipulator when he worked for the FBI. Christina doesn’t have time for his games. 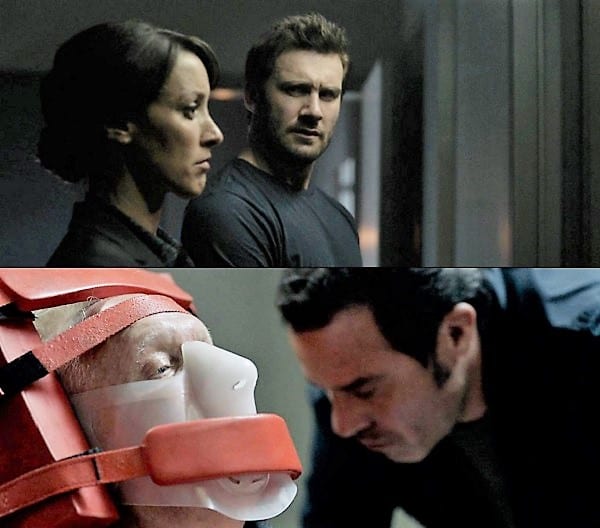 Hart gets straight to business and unleashes the very same serial killer on Gilroy. His nemesis immediately goes for the eyes. Bryan is a bit unnerved by the action. But it has the desired result. Gilroy gives up what he knows. So far Christina has shot her own man, poisoned a guy and unleashed Hannibal. She definitely seen too much of life.

Showing John his “good old American nuts”, Bryan volunteers to stay with the victim strapped to a bomb. Mills insists he’s the expendable one since he’s the new guy. 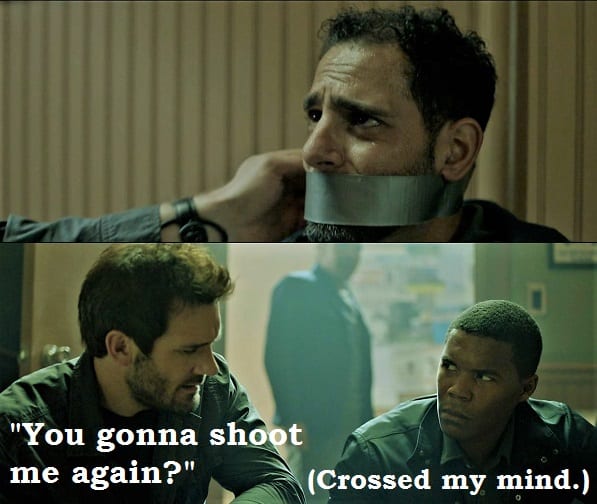 The bomb is triggered by a cell phone signal. While they try to make a trade for Gilroy, Bryan gets Zahid through the vent system and basement of the building to get out of cell phone range. He says he aspires to the hero level of the Air Force paratroopers who saved his dad when he was a kid. 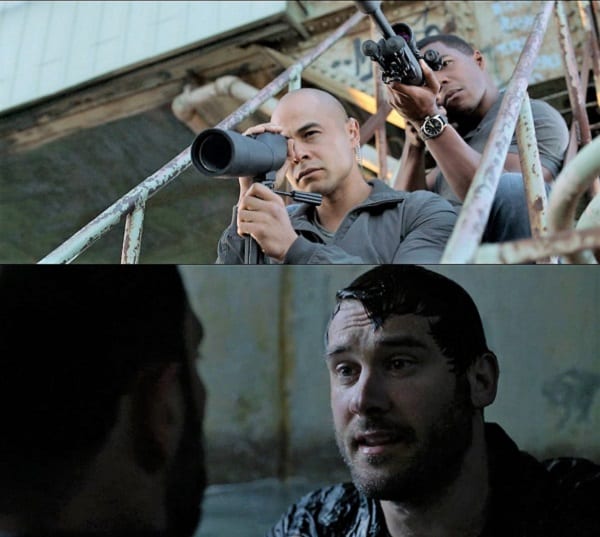 After diffusing the faux terrorist plot, the team learns Gilroy works for the Chief of Staff to the Secretary of Defense, Keagy. Hart wants to push back at Keagy to send a signal to whoever is playing this game. As she says, “Coerce the President at your own peril.” She hands Mills the key to a corner office that they own around town. Her signal will be to take off her ring. Why do they own the office? What’s Bryan going to do when she takes off her ring? Bryan is given the choice of whether or not to do the job. He doesn’t exactly flinch at the prospect. 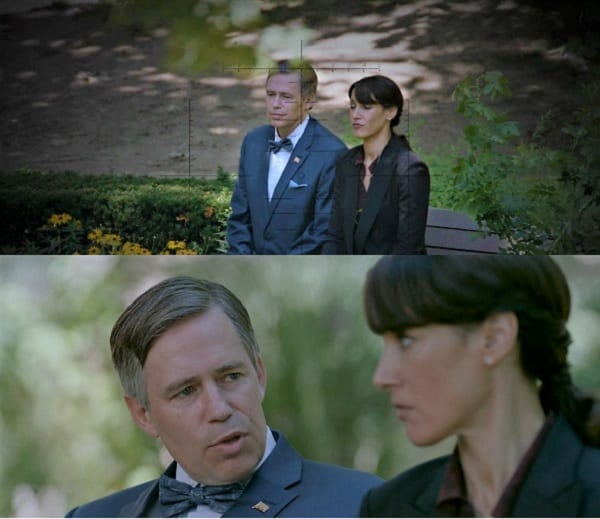 Oh, the location is a sniper’s perch. Keagy has his own man waiting on a bench in the park, disguised as a bumbling civil servant.

Keagy proves to be a fanatic who wants to spur the President to action on Islam with fake attacks. He must have pissed Hart off by calling her boss- the President- weak. The ring comes off, judge and jury. Both Keagy and hit hitman go down.

Bryan had convinced Asha to stay at his place for the day when he learns of the bomber. He gives no explanation, but he doesn’t put up too much of a fight on that issue. After saving the city, Bryan comes home to Asha who insists on cooking dinner with him. She really likes hanging out at his place. She’s concerned about this video feed business. Even though he’s proven to be selfless and empathetic, he still has a vengeful side and there doesn’t seem to be much chance of swaying him at this point. 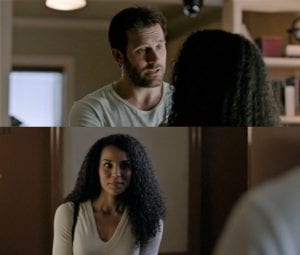 Finally Christina realizes her work has left her without an emergency contact person. She visits the widower of her agent/friend Clara, who died in last week’s episode. She asks him to be her emergency contact after doctor’s discovered a brain tumor. Clearly there is, was, or will be something between these two. Cue the second relationship with excess carry-on luggage. 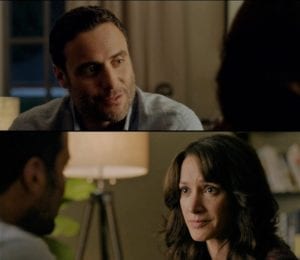 Tune in to see who gets “taken” next week, and to see which relationships heat up or implode.