This is two recaps in one. First up, here are the important take-aways from “Clockwork Swiss,” that I missed while on vacation.

Christiana was blackmailed by Tracy, the associate attorney general of the United States, with knowledge of the guy she had Bryan assassinate. Tracy makes the team retrieve a file containing a virus that will supposedly crash the whole economy. The team recovers it with Rem’s past knowledge of bank robbing. John is almost killed in the process. But the file is actually a sex tape of Tracy and his boyfriend. He was being blackmailed to drop high profile indictments. Will we learn who betrayed Hart’s group and took the pictures of the assassination?

With hopes of tracking down Mejia, Elena, Asha’s neighbor, has bugs, and cameras set up in both Asha and Bryan’s apartments. Why is Bryan not paying attention to these security risks? He knows a big bad drug lord was out for revenge, and Mejia would certainly have others looking for him, and Bryan’s team bugs people ALL the time! Why doesn’t he have a better security system? I’m sure those questions and repercussions will come up in the near future. 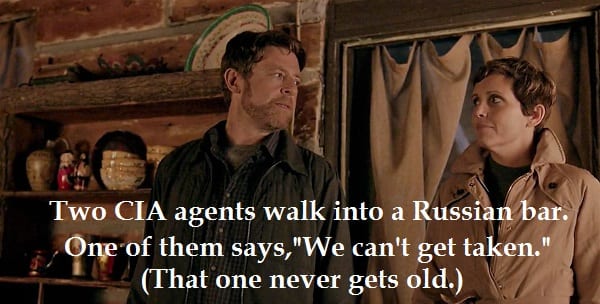 This week on “Hail Mary,” two CIA agents are killed picking up a defecting informant, Yuri. Yuri supposedly knows the identity of 300 Russian agents working in the United States. Yuri didn’t show up to meet the agents because he couldn’t convince his girlfriend to go with him. Who tipped off the Russian military? Christina questions Yuri’s handler, Gretchen.

The crew nabs Yuri in St. Petersburg. Trying to figure out if Yuri is legit, Bryan shoots up the car following them. 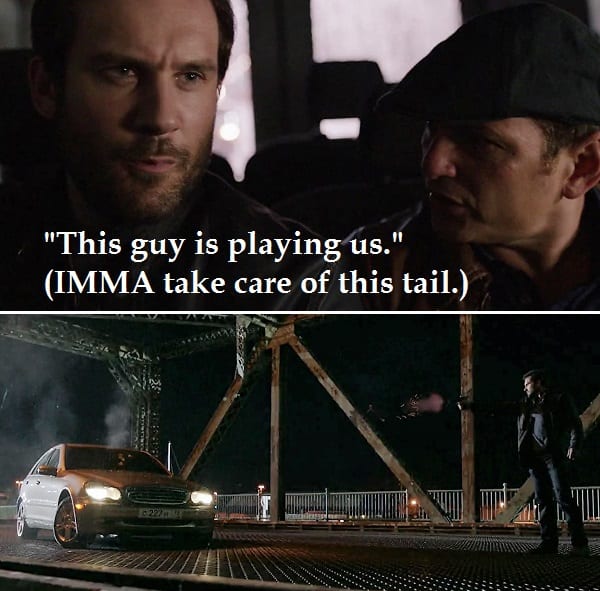 Yuri thinks the car is his own people coming to kill him. But it’s just Rem, playing the part to scare Yuri. (Bryan went a little overboard with the shooting. He must still be sensitive about being shot by his team.) 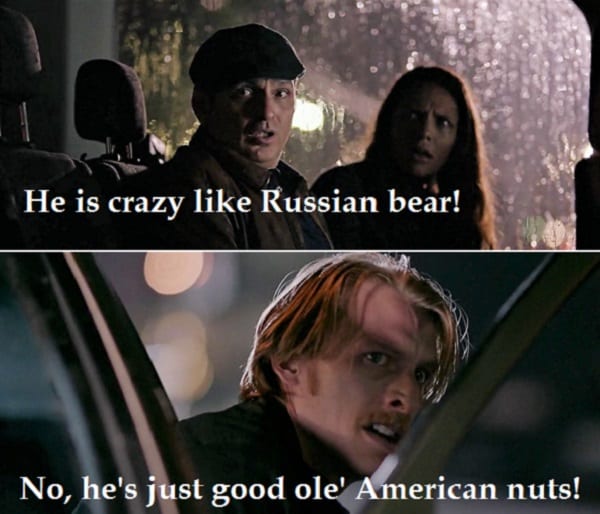 Yuri reminds them it is an act of war to kill a Russian agent on Russian soil. He won’t defect without his girlfriend, Tatiana. Tatiana is the wife of some Russian colonel. Being a big-hearted, softy (for her loyal followers, anyway), Hart decides they will get Tatiana out. Bryan is irritated by Yuri’s extra baggage. In truth, Bryan’s a little pissy the entire episode. 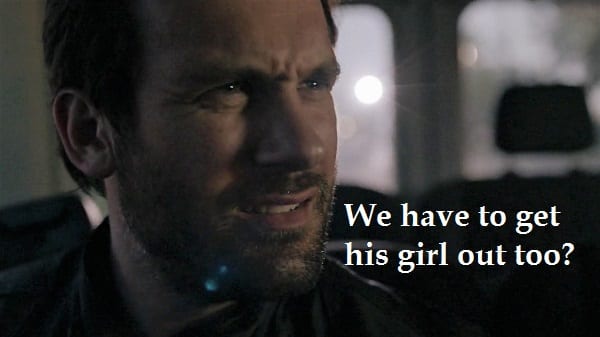 When the team arrives to get Tatiana’s, her husband shows up. Bryan has a cover as a Chechen rebel hell bent on revenge. 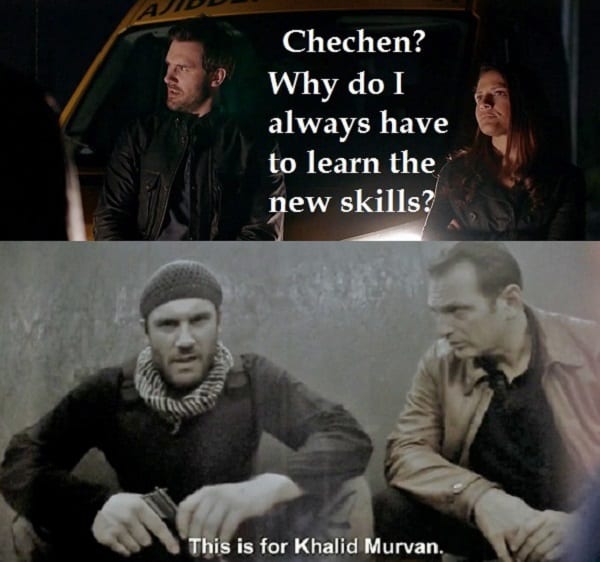 They can’t kill her husband, that being an act of war and all. 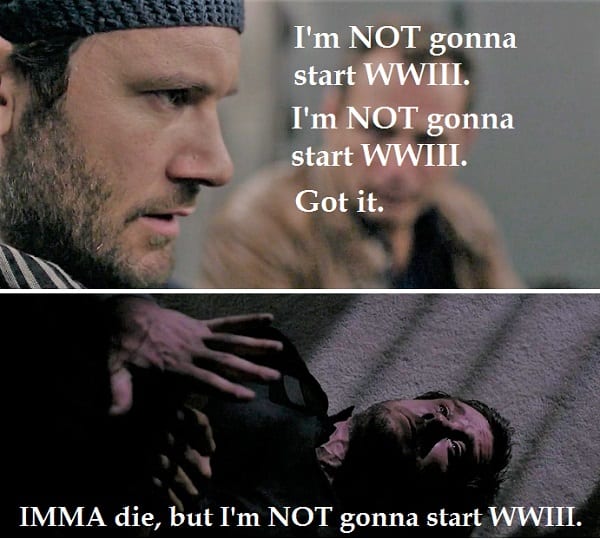 After almost dying Bryan learns Tatiana is pregnant. Now there are two extra lives he has to protect. 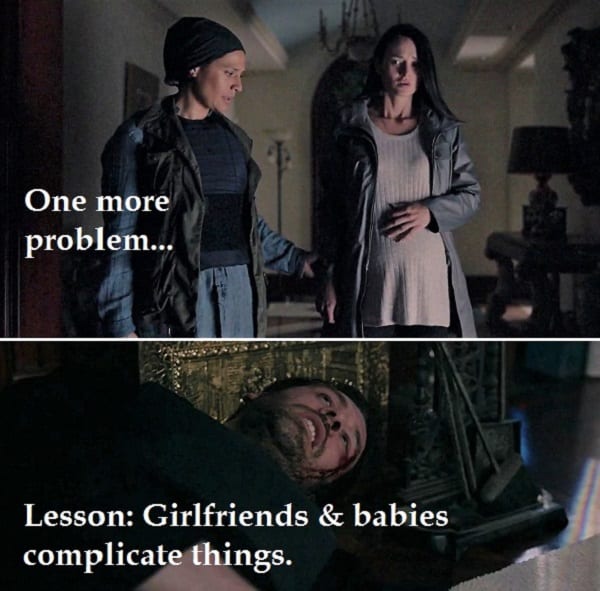 So who tipped off the colonel? And why is Bryan so pissy? He usually lives for saving helpless women.

They get Tatiana and Yuri to a safe house. This whole thing smacks of moles, so Bryan sets up traps in the woods. And yes, Russian soldiers are hanging out in the woods. Who tipped them off again?

Bryan leaves the safe house with the couple for Finland. Hint: 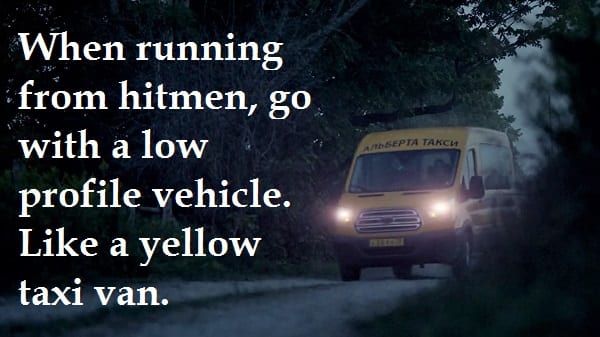 A tree blocks the road, so the team confront the Russians in the woods. Two agents go down with a wire strewn across some trees and several more go down with bear traps and gun fire. (I’m confused, doesn’t this count as an official act of war on Russia?) 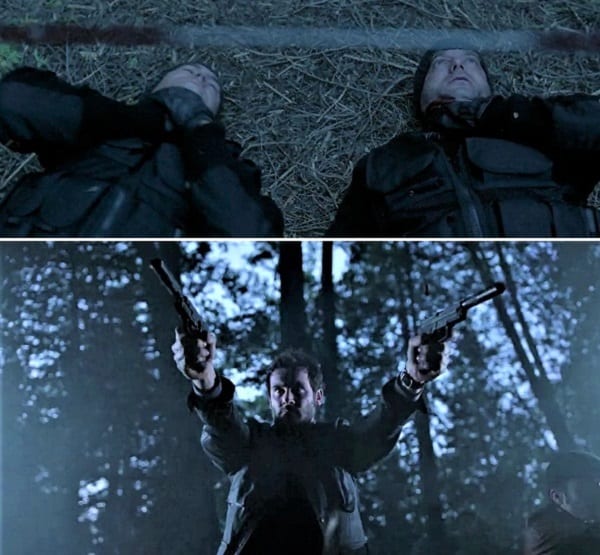 Turns out Yuri and his girlfriend were never in any danger, the couple in the van was Scott and Vlasik incognito. The Russians must have thought the Americans were easy pickings in the screaming yellow taxi van.

Bryan and team enlist a few local thugs to drive the van to the airport, where Gretchen’s supervisor, Brad, has personally set up an evacuation. Yup, the Russian military are there as well. Scott and Bryan are pleased with themselves, smelling that mole. By this time Tatiana is in labor. 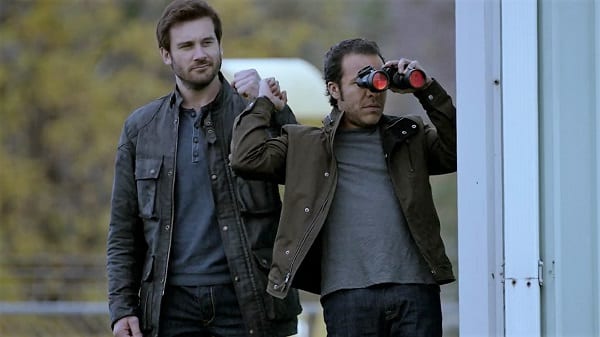 Back at HQ, Hart’s team finds evidence of Gretchen’s debts. But Hart is no fool. They found the evidence against Gretchen too easily. As easily in fact, as the Russians found that big yellow taxi van. Christina knows Gretchen is being set up and that Gretchen’s director, Brad, has been the one pointing the finger of misdirection (and reminding everyone of his general awesomeness, with his influence and money.). It’s all pretty sloppy frame work by Gretchen’s supervisors. But then, they can’t even figure out how to operate the Keurig. 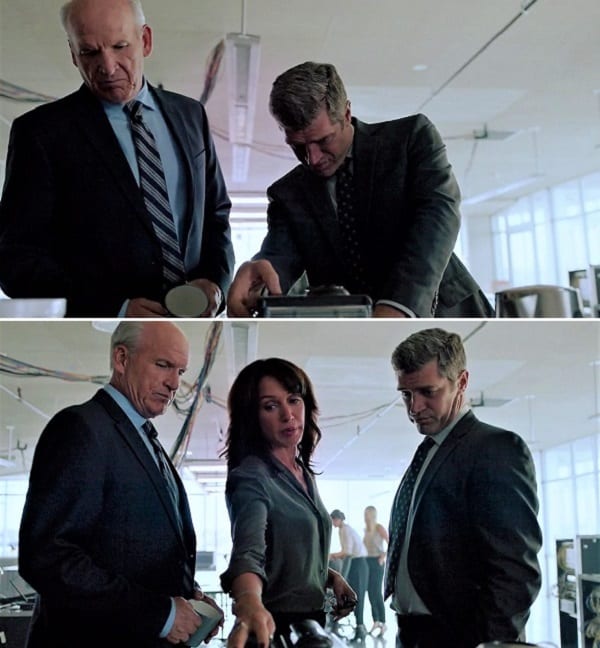 Bryan abducts Tatiana’s husband and uses him to get everyone past Russian guards and into Finland. 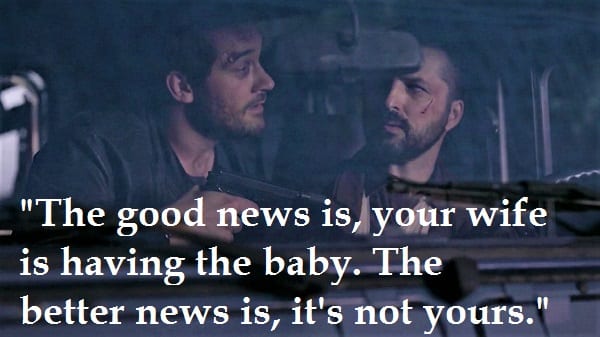 I can’t tell if Bryan is throwing shade at the colonel, or if he honestly feels the guy is better off at this point.

Christina confronts Brad on his treason. He has the option of dragging his family through his shame, or making his death look like natural causes with an injection. Brad chooses the injection, proving he is the mole. After injecting himself, Hart informs him it was only saline. She is one sadistically, twisted lady. I like her. 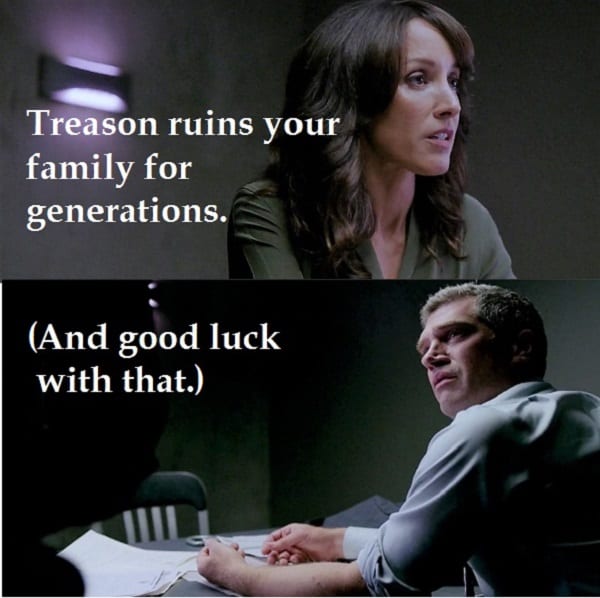 John meanwhile, has been dealing with his own issues. Local kids are dying in gangs in his old neighborhood. His brother, a pastor, has John threaten the gang leaders. John clearly isn’t comfortable with it. His brother tells him that John is the answer to his prayers. But John insists his brother isn’t praying right. He  should stop praying for solutions, and try harder to be the solution. 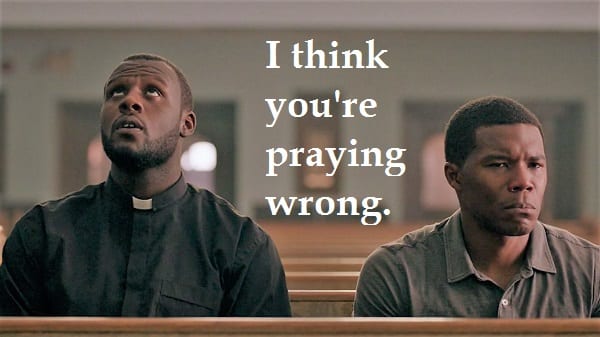 Tatiana has her baby and we learn Scott has two kids of his own. Bryan thinks Scott’s crazy for doing the work they do while having a family. But you can tell Bryan is thinking about babies now. Let’s hope he doesn’t rush at THAT idea with guns blazing! Run, Asha, run! 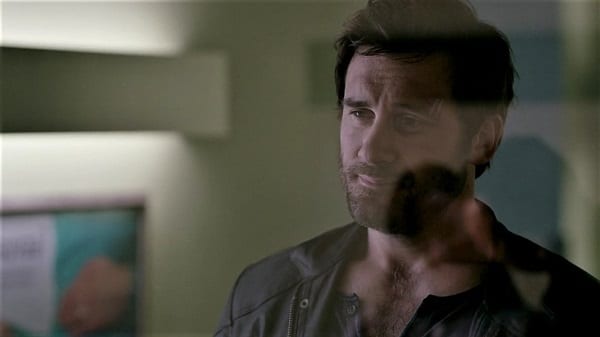 Next week Bryan gets his hands on Mejia. I don’t think Bryan will kill him. Hart has taught Bryan the difference between revenge and justice. She’s also taught Bryan that mentally torturing your enemies is more satisfying than killing them. Stay tuned next Monday on NBC for more Taken!

Check out other Fan Fest articles on Taken, here!