This week’s episode of Taken feels like it would have been a season finale cliff hanger, if the series had a renewal in their back pocket. I am happy that a story line will finally spanned two episodes. The series has been action packed. But the focus on nonstop action and closing cases, has left it without breathing room for character development or fixing plot holes.

I would have titled this episode “Margin of Error” because it highlights plot holes throughout the season, rather than close them. We open with Bryan having a dream of his little sister. She doesn’t understand how he could let Mejia get a deal. Then suddenly he’s awakened by a call from Riley. Mexico knows they have Mejia in custody and they want him back. The FBI is forcing Hart’s hand. We’re off and running, no time to breathe again. 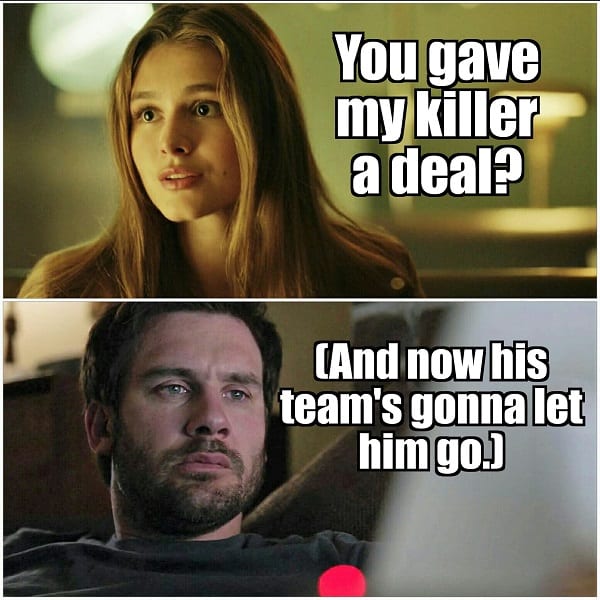 The team is justifiably upset about giving Mejia back to Mexico. Rem takes it a bit too personally with this random line: 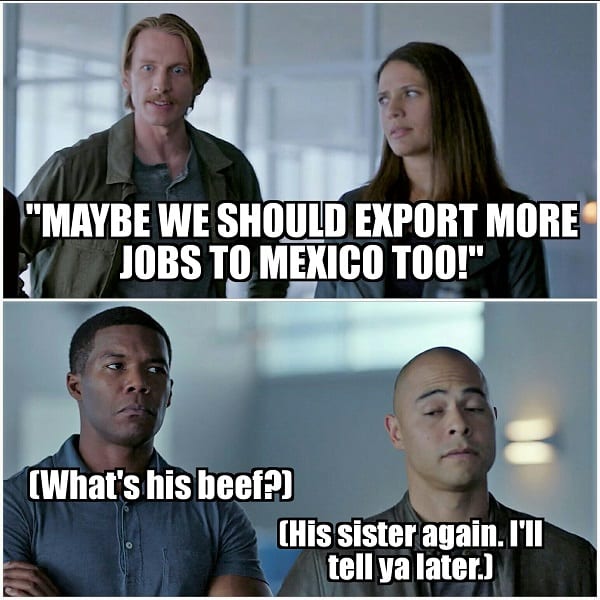 Bryan suspects the cartel is behind the move. But there’s nothing they can do about it. 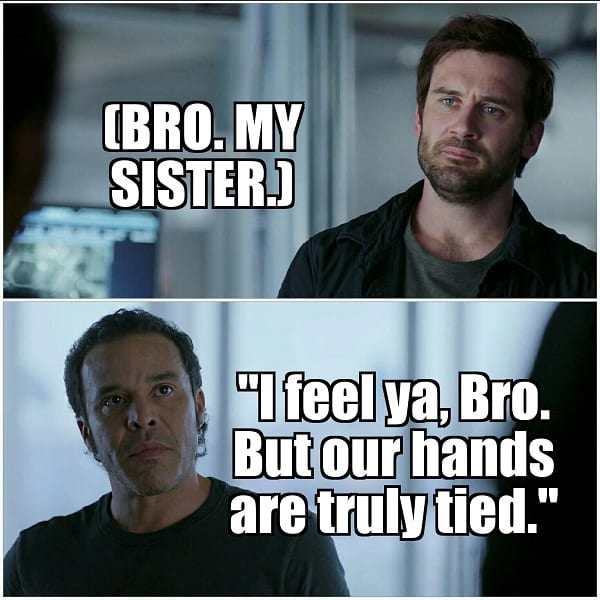 The question within the team is how did Mexico and the FBI know about Mejia. It’s Bryan. Bryan is how they know! But he never opens his mouth when Hart survey’s her group, underscoring that his character is looking out for his own revenge, rather than the team. 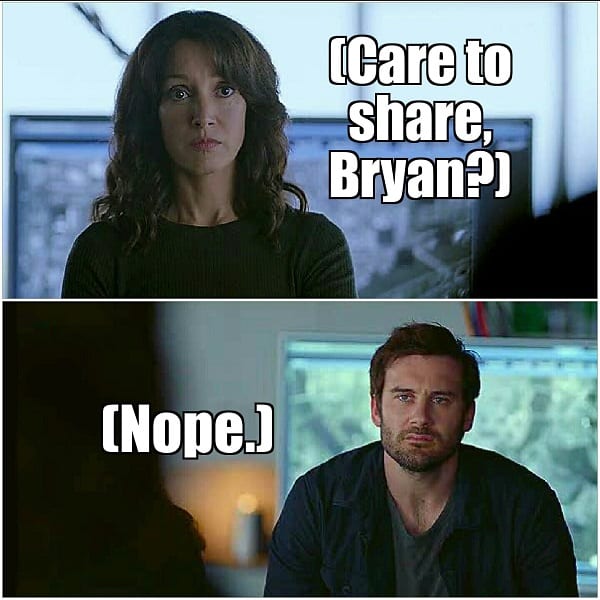 FBI Agent Marie Salt is in charge of the operation to move Mejia and she is hiding that her husband, George, has been kidnapped by the cartel. She’s now at their mercy and will transfer Mejia into the cartel’s hands. While Bryan may be the unwitting leak of Mejia’s captivity, someone else within the FBI had to have leaked that Agent Salt was in charge of Mejia’s transfer, or maybe deliberately assigned her. (Maybe that will be brought up in the season finale.)

Marie Salt reaches out to Bryan and tells him of the plan. She’ll help stall the escape plan, if Bryan can get her husband back.

Bryan hides a tracker on Mejia and says his goodbyes. Mejia reminds Bryan that they will both always be hell bent on revenge. (Bryan should just shoot Mejia already.) Mejia plays mind games, to which Bryan should be immune by now. He torments himself worse on a daily basis. 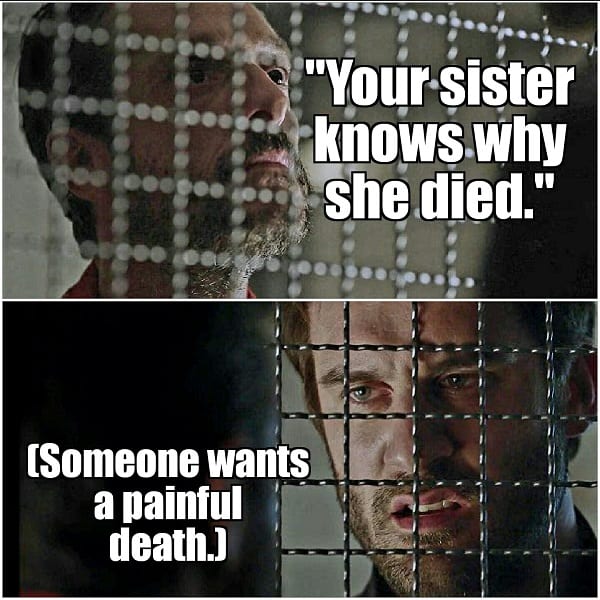 The team first tracks down the co-worker who set up Agent Salt’s husband. Through that they snag a cartel cell phone. The phone history leads them to George’s location – a mall, that fortunately never got zoning permits, so it’s still an abandoned warehouse. (Is that an inside joke by the writers who had limited filming permits?)

Meanwhile, Agent Salt has taken things into her own hands. Holding a gun to Mejia’s head, she insists his men take her to her husband.

Christina has stated Mejia is the important party, everyone else is expendable. (Even her own people?) And Rem reminds us, “we don’t negotiate with terrorists.” We never find out what Hart or Rem would have done to hold up their ideals, because Bryan calls in the husband’s rescue just in time. Mejia’s men step in with tear gas. Bullets fly and Mejia gets away. Bryan apprehends him and starts driving him to federal prison himself.

At this point I have to backtrack. When everyone in ODNI was wondering how news of Mejia got out, Bryan confronted Asha on what she may have accidentally said. Even though HE was hiding a live feed from his team and divulging information to his girlfriend, he suspects on error by HER.

Even though he never says he doesn’t trust her, Asha comes out with emotional guns blazing. She has clearly been holding back some issues on their relationship. (Well their whole relationship has been confined to an apartment, roughly the size of Mejia’s cell. Bryan should explore this with his psychotherapist.) 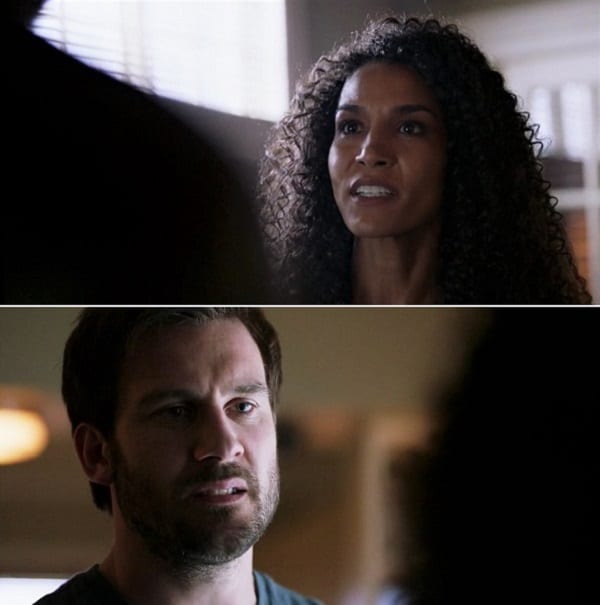 Asha points out that maybe Bryan’s been bugged. Bryan stalks people for a living. He should have known to check his own system. And even if Bryan is a newbie at this, Hart should also have assumed that Mejia’s men would be watching Mejia’s arch-enemy.

Bryan immediately finds the hidden bug. Bryan and Asha make up. Despite being bugged and knowing Asha had a stalker break into her apartment, Bryan doesn’t seem concerned about her safety.

Bryan of course never tells his team he was bugged. That might reveal his hidden feed and pillow talk with his girlfriend. The man stares at Mejia’s cell all night, but he never did any research on his obsession? If he had, Bryan would have discovered Elena, as quickly as ODNI does in this episode, when ODNI goes looking for a local connection to Mejia. But ODNI isn’t concerned with Asha living next door, because they don’t KNOW Asha exists. (Seriously, an organization concerned with National Security doesn’t ask employees to report the vulnerable squishy bits in their lives?)

So guess what happens? Asha is kidnapped as Escape Plan B. (But let’s be honest, she would have been kidnapped eventually.) As Bryan is transporting Mejia to Federal prison, he gets the call. Bryan let’s Mejia go. (I can already hear Rem repeating his line, “We don’t negotiate with terrorists!”) 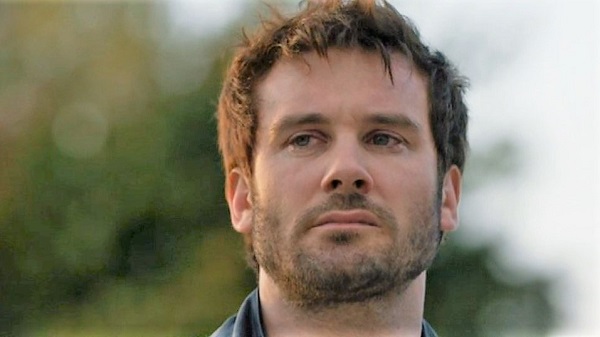 The season finale is next week. Do the holes in the plot turn out to be teaching moments for Bryan? Will Bryan kill Mejia? Will Asha live? And if she lives, do she and Bryan have anything between them other than grief over Callie? We’ll see.

Stay tuned next Monday on NBC at 10pm, for the next Taken!

Catch up on all of Fan Fest’s Taken recaps here!