The new action series is a prequel to the Taken movies. Clive Standen will step into Bryan Mills’ shoes, decades before he became the over protective father we know and love. After the tragic death of his sister, he is recruited by Jennifer Beal’s character, FBI Agent Christiana Hart, to develop his “particular set of skills.”

At January’s Television Critic Association panel for Taken, Executive Producer Alex Cary said of the show’s development, “It was never about making a Taken prequel but a modern origin story set in modern-day.” “It’s not just about his unique set of skills, it’s how he became who he is. It’s really understanding him as a character,” explained Executive Producer Matt Gross.

I can’t wait to see Jennifer Beals. She is always poised and elegant and can play a major hard ass. Cary explained that the relationship between Hart and Mills may have some tension, “He (Mills) welcomes her guidance and leadership, but he doesn’t have an easy relationship with authority.”

Taken will also star James Landry Hebert. Hebert’s former Soviet soldier character was killed by Agent Peggy Carter last year. And he portrayed “Slim,” the host, turned nitro-glycerin bomb, in HBO’s Westworld. I hope they’ll be able to piece him together next season, unless he’s busy on Taken.

I wasn’t certain it was him, until I found this old tweet. 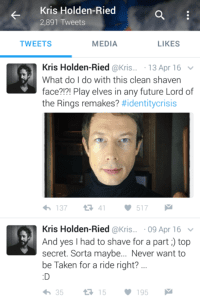 I assume his role is limited, since he has joined Clive Standen’s old cast mates on Vikings. (That will be great too, because Kris should always have a beard.)

I have it on good authority (that authority being me, as a huge Vikings fan) that Clive Standen already has the skills necessary for this role.

Clive Standen can bring the stoic. 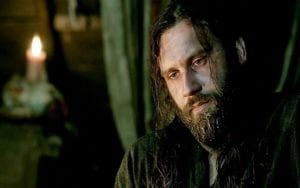 Clive Standen can bring the nightmare. 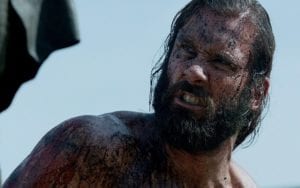 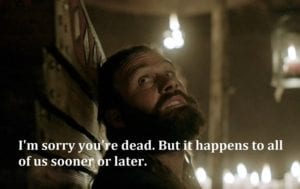 And Clive Standen can make split-second decisions with which a supervision WILL disagree.

(To those who haven’t seen Vikings, that left hook was totally justified.)

Tune into Taken on Mondays starting February 27. The below is the official release NBC press on Taken.

From executive producer Luc Besson (“Taken,” “The Fifth Element”) comes a modern-day edge-of-your-seat thriller that follows the origin story of younger, hungrier former Green Beret Bryan Mills (Clive Standen, “Vikings”) as he deals with a personal tragedy that shakes his world. As he fights to overcome the trauma of the incident and exact revenge, Mills is pulled into a career as a deadly CIA operative, a job that awakens his very particular, and very dangerous, set of skills. In 30 years, this character is destined to become the Bryan Mills that we’ve come to love from the “Taken” films.

Picture source: NBC & Vikings. Special thanks to @TeamStanden for the edited video.