On January 21st, heroes and villains and even The Hamburgler took on the streets of Nashville, Tennessee for a bar crawl of epic proportions. There were drink specials fit for both good guys and bad and dancing and bar games to keep everyone occupied while the night was taken off for those who usually fight crime – or start it. While the rest of the city looked on with curious eyes, the participants of the bar crawl gave the city a show unlike anything they’d ever seen before. 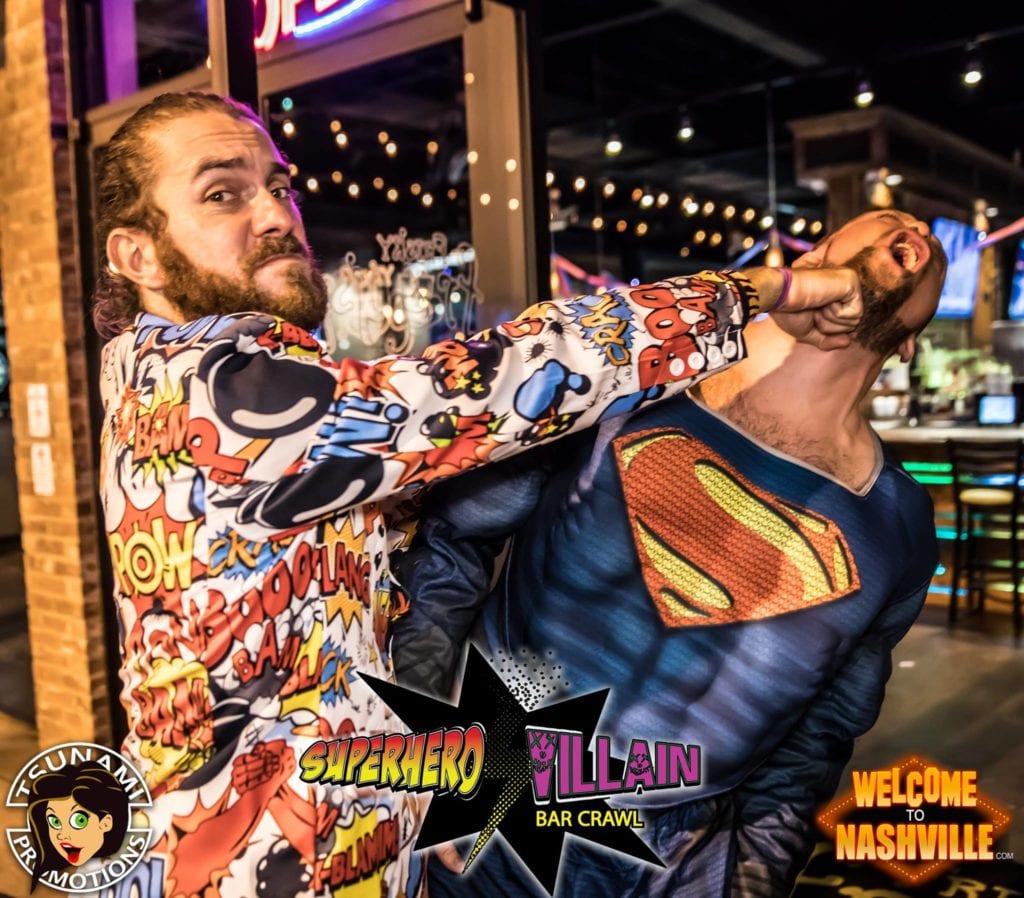 The day started with a check in at the Whiskey Rhythm Saloon where you could get your bar crawl merch, dance to music from an incredible DJ, and get photobooth snaps taken with an array of props and cut outs! From there, bar crawl patrons followed their passports to the 10 other locations set up in the middle of downtown Nashville for more fun, themed drinks, and camaraderie as the day progressed.

From Rebar, Tailgate Brewery, Frisky Frogs, SOUTH, Tin Roof, and Crazytown to The Valentine, Tin Roof Broadway, Coyote Ugly, and Piranha’s – the fun continued through the afternoon and evening and there was no such thing as a dull moment. There were light saber wars, group photo ops where strangers became best friends, snaps with incredible decor scattered across the participating bars, and fun conversation about which good guys were the best, which bad guys were the worst, and how sometimes; it was hard to draw the line between the two. 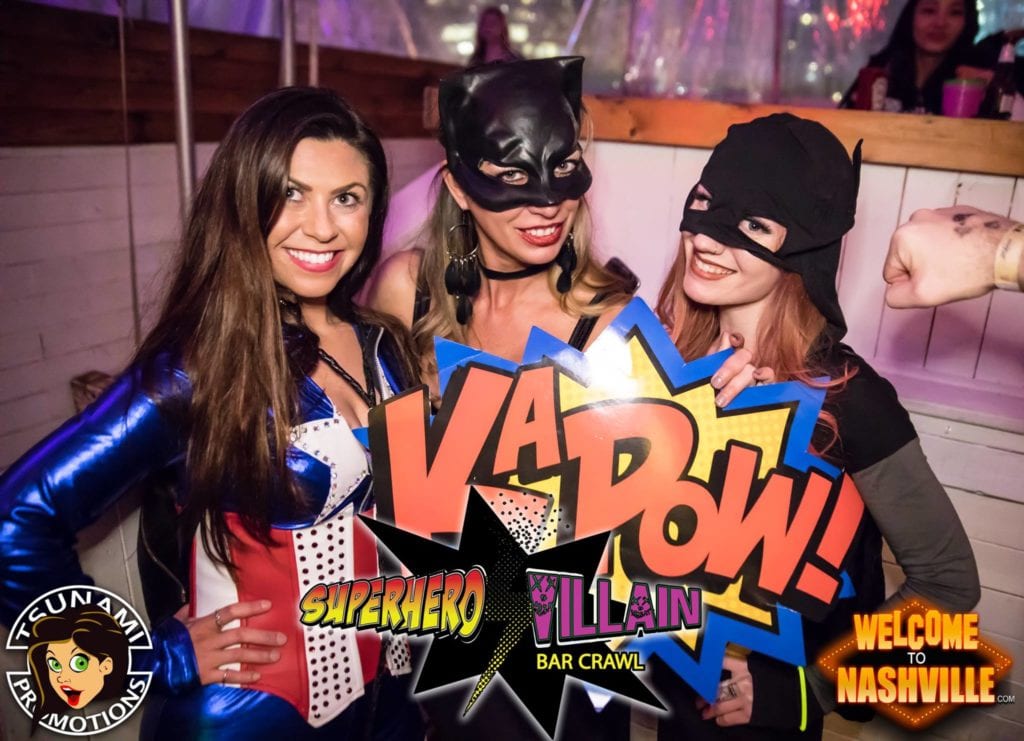 After a year which had a large focus on villains; there was an abundance of ‘bad guys’ when it came to costume ideas. Harley Quinn and The Joker were two of the most popular villains while Superman and Batman remained to of the most popular superheroes. Captain America, The Hamburgler, Spiderman, Jedis, Wonderwoman, and Black Widow were also in attendance, just to name a few.

There was a group photo opportunity and costume contest as well, and the entire day was put on by Tsunami Entertainment, who deserve applause and recognition for their incredible attention to detail and their mission to make sure the day was an overwhelming success. If you were there, you know ‘overwhelming success’ feels like an understatement and if you weren’t; we recommend checking out their facebook page and RSVP-ing for a date and location close to you. 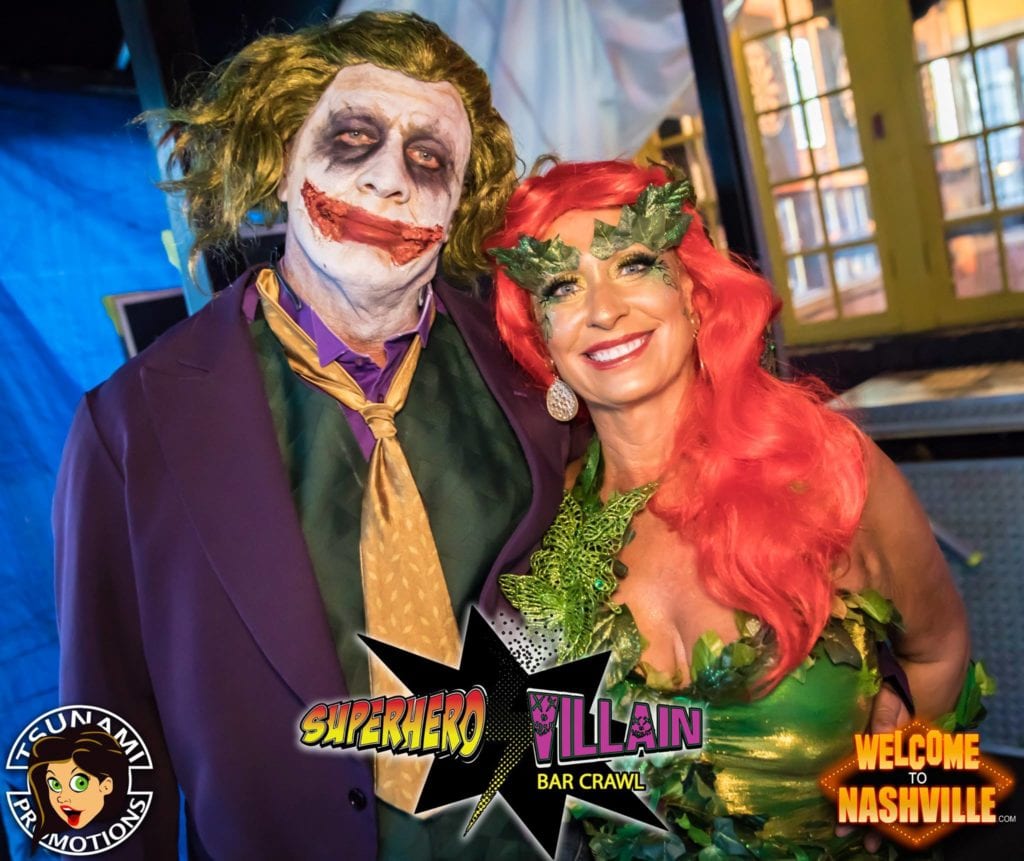 You definitely won’t want to miss it, and we’ve got another couple dates added to our own calendar (Louisville and Nashville) so let us know which events you’ll be going to and we’ll see you there!