The CW is really spoiling DC fans today with all these first looks and news! First, it was Jessica Parker Kennedy‘s return as XS in The Flash. Now they’re giving us a first look at Azie Tesfai as Guardian! Azie Tesfai will be taking over the shield in an upcoming episode of Supergirl.

Tesfai plays the sister of Jimmy Olsen on Supergirl. Jimmy Olsen held the moniker of Guardian for some time before he left the show. She has essentially taken over his role in the show since Mehcad Brooks went to be on Mortal Kombat.

Tesfai’s transition to Guardian has been a long time coming. We learned all the way back in Crisis On Infinite Earths that she was in possession of her brother’s old shield. She used it to save some civilians from falling debris, and fans have been wondering what would happen since then.

The CW actually confirmed she would be taking over as Guardian for Supergirl‘s final season sometime last year. 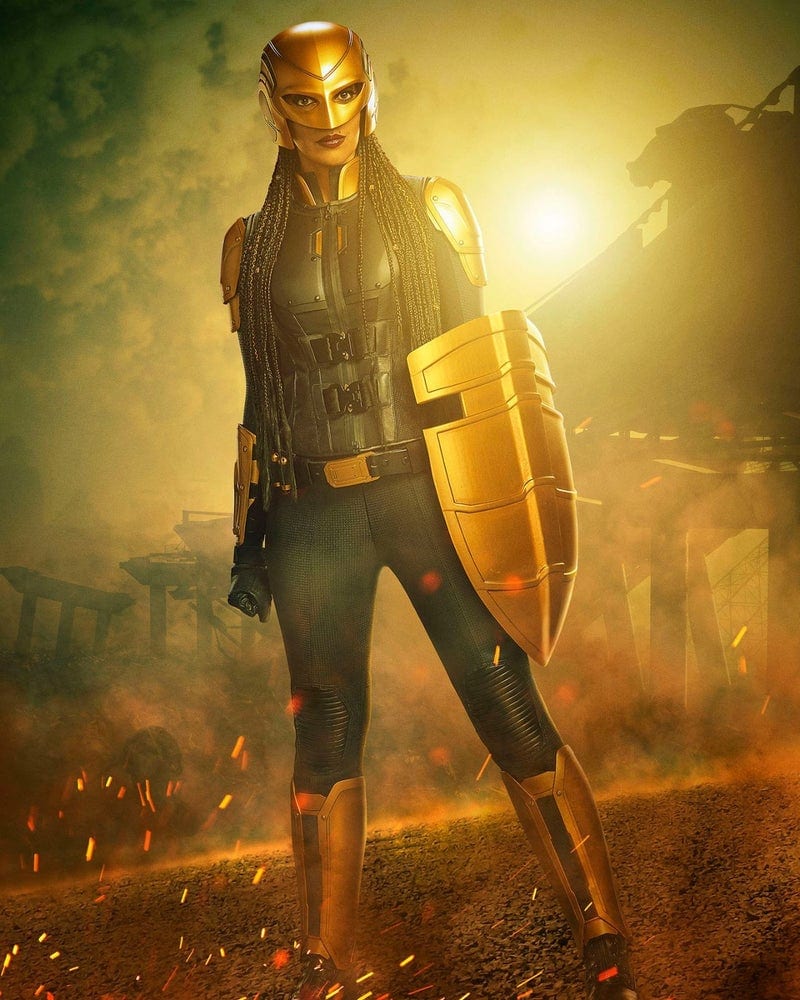 All of the teasing to her eventual role will come full circle in episode 06×12 “Blind Spots”. The episode was co-written by Tesfai and co-producer J. Holtham and will deal with difficult issues such as racial inequality. This comes directly from a statement from The CW which accompanied the picture above. David Ramsey is not only directing the episode but will also be appearing in it as John Diggle.

If there’s one thing to take away from the picture it is how much better Tesfai’s costume is compared to Brook’s. Not only is it closer to the comic book version of the character, it just looks much cooler. Now Guardian doesn’t look like a reject hero, and she’ll be able to stand proud with the rest of the super friends.

Supergirl has one more episode next week before it goes on hiatus for a while. Superman And Lois will be replacing Supergirl and the shows will trade spots periodically until they finish their respective seasons later this summer.