It was pretty exciting to find out that Super Mario 3D world would be getting ported over to the Switch. Even better was when we found out that it would include some new content! 3D World would now contain an entire feature/mode not found in the original WII U release. It would feature an entirely new addition titled Bowser’s Fury. Little was revealed about it during the announcement trailer but we just, presumably, got our first look at it. The newest trailer features some footage of things definitely not present in the original game. It’s kind of crazy that now Mario can gigantamax!

The new trailer features a terrifying new form of Bowser, where he towers over Mario. He’s black, flamey, and resembles what the Dynamax Pokemon do in Pokemon Sword & Shield. It even includes similar-looking ominous clouds, which I thought was a pretty neat addition. The trailer sees Mario doing his best to avoid the debris and fire Bowser sends Mario’s way. Mario successfully dodges them and rushes towards a giant looking bell. Instead of assuming the regular cat form Mario instead grows much larger and turns into a Super Saiyan cat, completing his transformation and transforming into his, presumably, final form!

Nothing else was shown about it but it’s nice to have some idea of what to expect in regards to this game. The release date is nearing, as well, so it’s certainly helpful in making a decision on whether or not to purchase this game. Nintendo does make a compelling argument though, what with the addition of some extra content for people who have already played back on the Wii U. The Wii U’s lifespan was cut short, and the Switch has become something of a haven for Wii U games to receive a second chance. Are you happy that Mario can Gigantamax now? 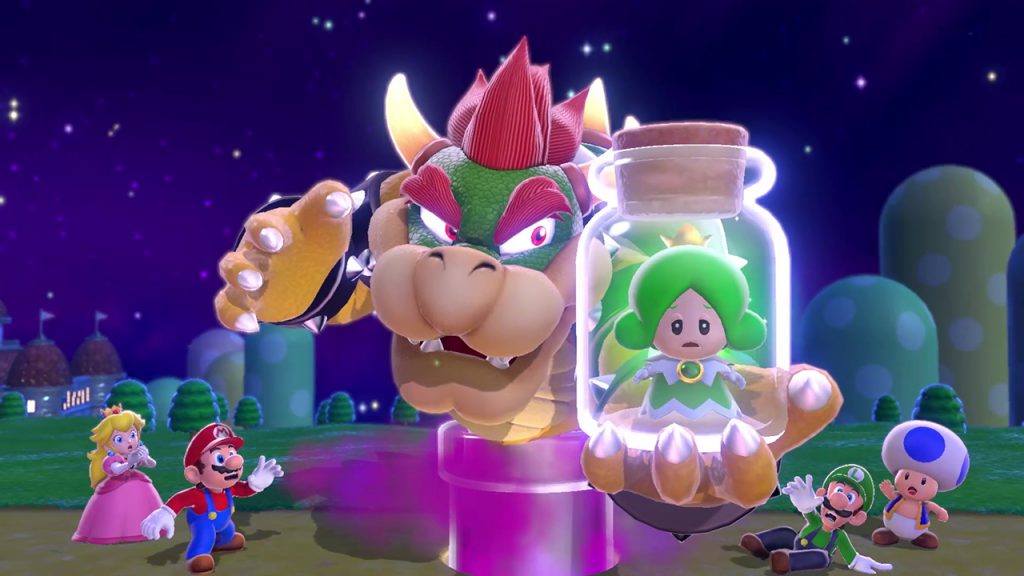 You won’t have to wait much longer to give Super Mario 3D World + Bowser’s Fury a chance. The game will be releasing on February 12th, 2021! If you want to pre-order the game you can do so on Nintendo’s E-shop!