In February, the first few guests for Summerfest’s 50th Anniversary were revealed. Luke Bryan, P!nk, and The Red Hot Chili Peppers were amongst the first to sign up for the annual music festival taking place this summer in Milwaukee. Each year the line-up gets even more incredible and with the help of Jimmy Kimmel, the wait for the guestlist for 2017 is officially over.

That’s right, if you go to Summerfest’s social media profiles you are greeted with a lovely flyer listing the headliners of this year’s festival. With names like Steve Aoki and A Day to Remember to DNCE and Andrew McMahon – there is an act there (or several) for the music taste of anyone. The Festival spans from June 28th to July 2nd and then July 4th to July 9th and we aren’t going to miss a single day of it.

As we stated in our article about the festival, the description on Summerfest’s homepage sums up the experience perfectly.

“Summerfest was the brainchild of the late Mayor Henry Maier in the 1960s. Following a visit to Oktoberfest in Munich, Germany, Mayor Maier dreamed of a festival for the people that would revitalize Milwaukee’s downtown and bring the community together. In 1968, the first Summerfest debuted at 35 separate locations throughout the city.”

It’s not just a music festival, it’s a celebration of culture, of people, and of art. The festival brings out the best in Milwaukee and lets people from all across the world experience it. The best memories we make are ones set to music, and Summerfest provides you with the perfect soundtrack.

If you’re anything like us, you’ve been waiting on this line-up since February so we won’t keep you waiting any longer. 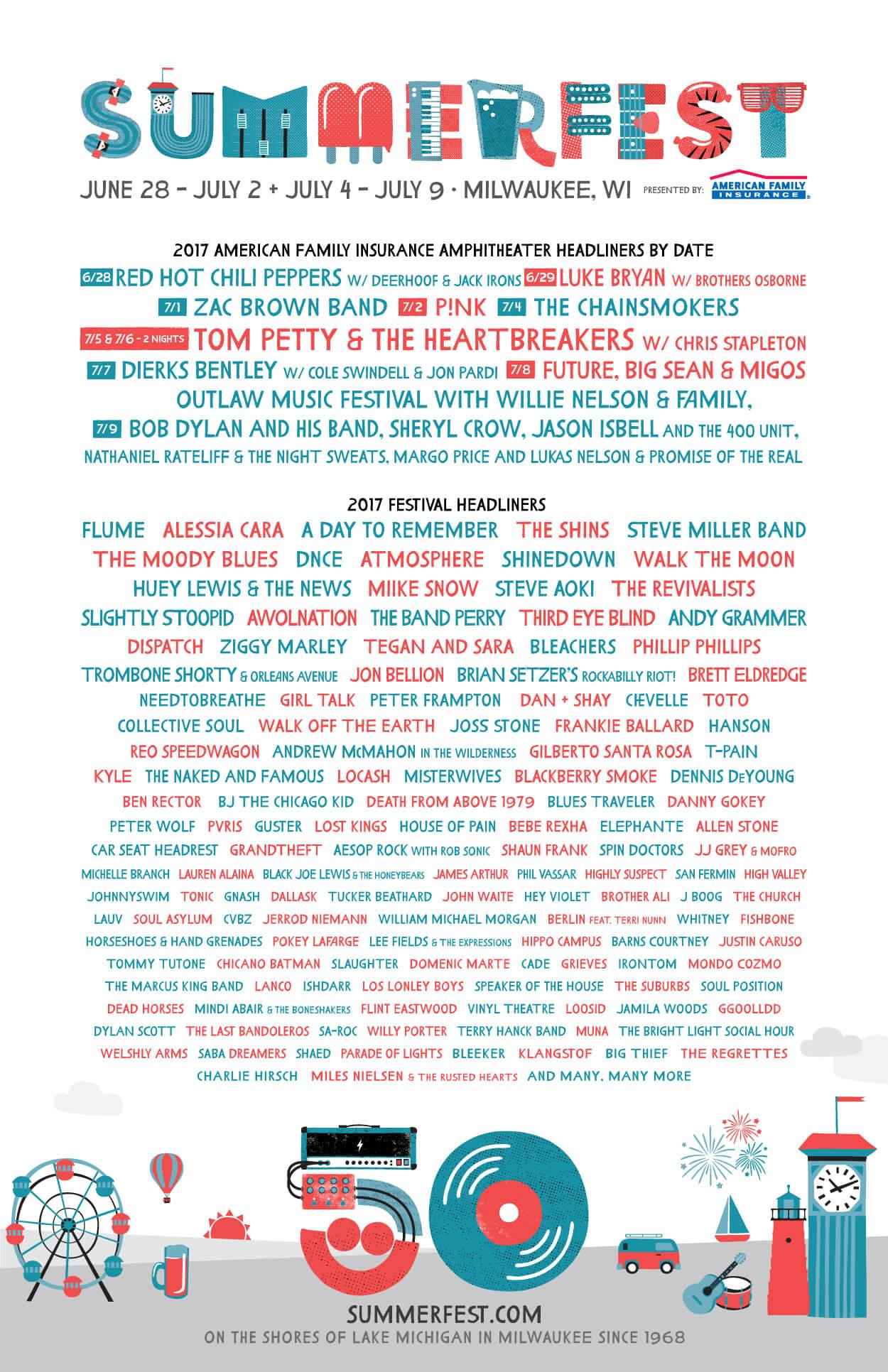 So if you’re planning on soaking up some sun, creating lasting memories, and seeing the best in the music industry in one spot, get your tickets to Summerfest now. You won’t want to miss it.