Stuber starring Dave Bautista and Kumail Nanjiani takes viewers on a wild ride when the duo sets out to capture a brutal killer. The hysterical and action-packed film is currently out on Digital and will release on 4K UHD, Blu-ray and DVD on October 15th.

[row]”When a mild-mannered Uber driver named Stu (Kumail Nanjiani) picks up a passenger (Dave Bautista) who turns out to be a cop hot on the trail of a brutal killer, he’s thrust into a harrowing ordeal where he desperately tries to hold onto his wits, his life, and his five-star rating.”[/row]

The home release of the film contains tons of bonus features and behind-the-scenes content, such as the below video which chronicles Bautista and Nanjiani’s journey around Los Angeles with corresponding clips and a never-before-seen deleted scene.

Experience the ultimate Uber ride of your life and pick up your digital copy TODAY or pre-order the 4K UHD, Blu-ray and DVD set to be released on October 15th! 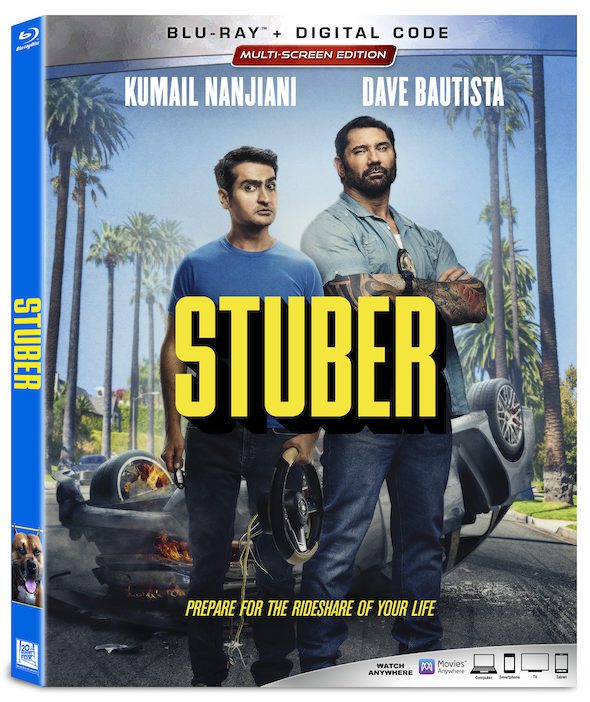