Joseph Quinn, who stars in the Netflix show Stranger Things, has said that he thinks there could be a romance between Eddie and Steve.

Quinn will be playing Eddie Munson in season 4. Joe Keery has been playing Steve Harrington since the start of the show.

In Season 4 part two, the pair became close friends. However, their friendship was cut short after Eddie’s death.

People who watch the show love the friendship between Steve and Eddie. Some people started writing fan fiction about them, which is stories about what might happen between them.

When asked about a potential romance between the pair, Quinn told Radio Times: “All I can say is… how did they know?”

The star was asked if he thought his character could have had a romantic relationship in season 5 if he had not died. 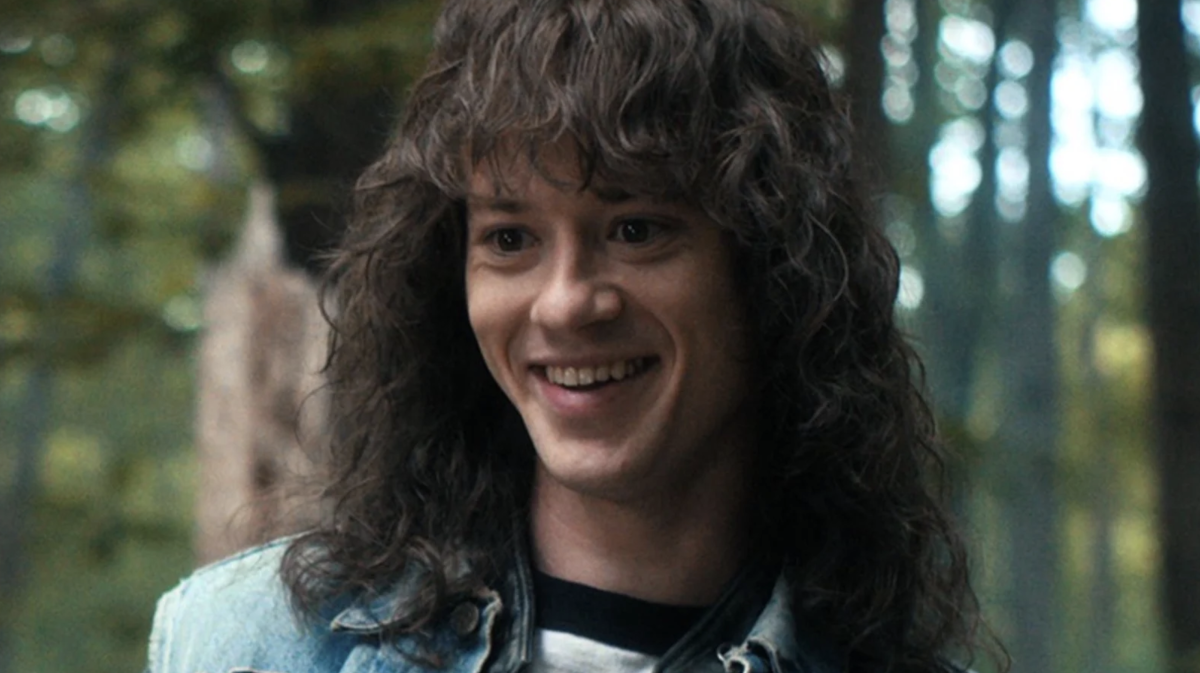 “Maybe! Maybe, maybe, maybe. Yeah,” he said of the potential which, quite frankly, makes Eddie’s passing even more of a tragedy.

Recently Quinn addressed a possible return to the series and suggested he could still return to play a part in Dustin Henderson’s (Gaten Matarazzo) storyline.

Speaking about the possibility of reprising the role, Quinn said: “Me and Joe Keery were discussing ways in which I could kind of [come back]… maybe I’d be like a figment of Gaten’s imagination or something. Like if there could be some kind of room for something like that, something a bit supernatural.”