Fans were furious when one of their favorite characters from Stranger Things season four was killed just at the conclusion. This season, Eddie Munson may have been a fresh addition to the cast, but he quickly became a fan favorite, in great part to the actor Joseph Quinn. However, a fellow castmate believes he owes Quinn an apology and makes it public.

Jamie Campbell Bower (Vecna) and Quinn took a quick trip to Brazil to attend fan meet and greets, but the former felt it was time to apologize to the latter for his terrible on-screen actions. In a hilarious video posted on the Netflix Twitter page, Campbell Bower begins by apologizing to the audience before stating, “but my apology isn’t just for you. It’s for the main victim of all this.” He then turned to call to a skulking Quinn, saying, “things got complicated.” Complicated is putting it mild 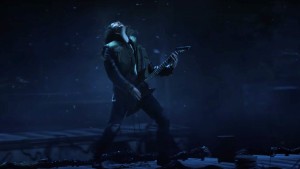 It was the ultimate humiliation for Quinn when Campbell Bower presented him with a huge flower ornament as a peace offering. Is it conceivable that Quinn will be so quickly won over? But he does, claiming, “It’s all good, mate.” The clip is simply another example of how funny and decent moments exist between the two London-born actors.

Jamie Campbell Bower wants to apologize to Joe Quinn — and to viewers — for Vecna’s behavior in Stranger Things 4 pic.twitter.com/XT7GioDUPh

Certainly, the death of Quinn’s beloved character appears to have little effect on him. Eddie, the heavy metal-loving Dungeons and Dragons player oddball who quickly won over audiences around the world with his valiant and tragic demise at Vecna’s Demobats’ hands, was quickly embraced by them. 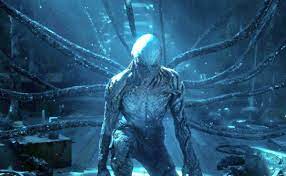 We may soon learn the answer to this question. Hopefully, his death will not go unnoticed, as Vecna was damaged somewhat; however, we are unsure how badly hurt he is yet. Fans may only wait till season five to see if justice will be served for Eddie, and it’s all up for grabs.