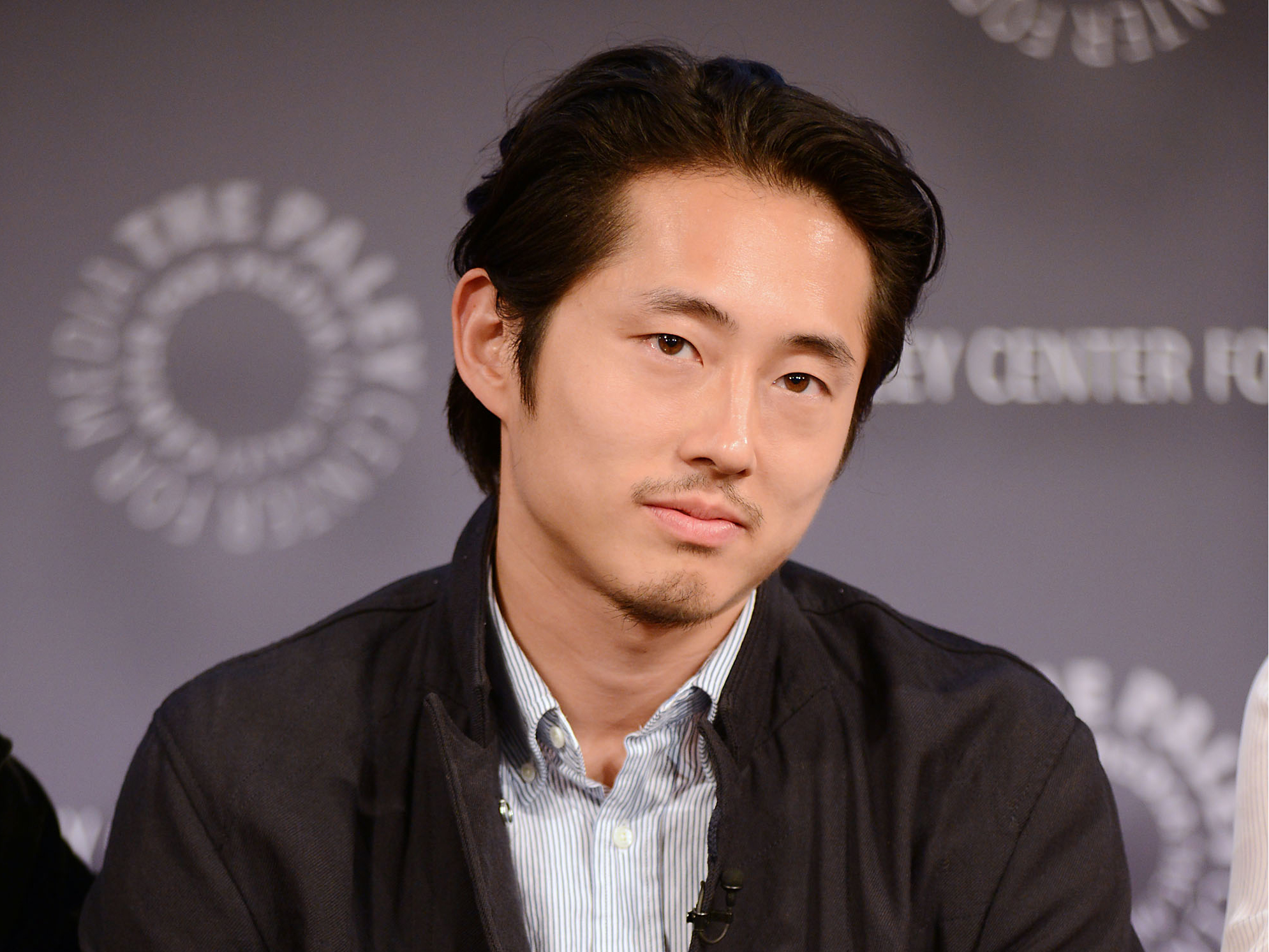 Uh-oh. Looks like Glenn’s the one who got Lucilled.

The Hollywood Reporter published an article today confirming that Steven Yeun
has joined the cast of the upcoming sci-fi flick Okja, which begins production on April 22nd and
will stream on Netflix. Directed by Snowpiercer’s Bong Joon-Ho, the cast features Tilda Swinton, Jake Gyllenhaal, Lily Collins, and Paul Dano. The story revolves around a girl, played by Seohyun An, who befriends a genetically manufactured pig named Ojka. When the pig grows to enormous size, the corporation that created him takes him, sending the girl on a mission to get him back.

Yeun is also set to star in the animated series Voltron: Legendary Defender, which streams on Netflix
June 10th. This doesn’t necessarily mean that Glenn will be killed off next season – Norman Reedus has his own series Ride, which debuts June 12th, decreasing the likelihood that Daryl will die anytime soon – but this is giving us serious doubts about Glenn’s future.

What do you think? Does this mean Glenn is definitely a goner?