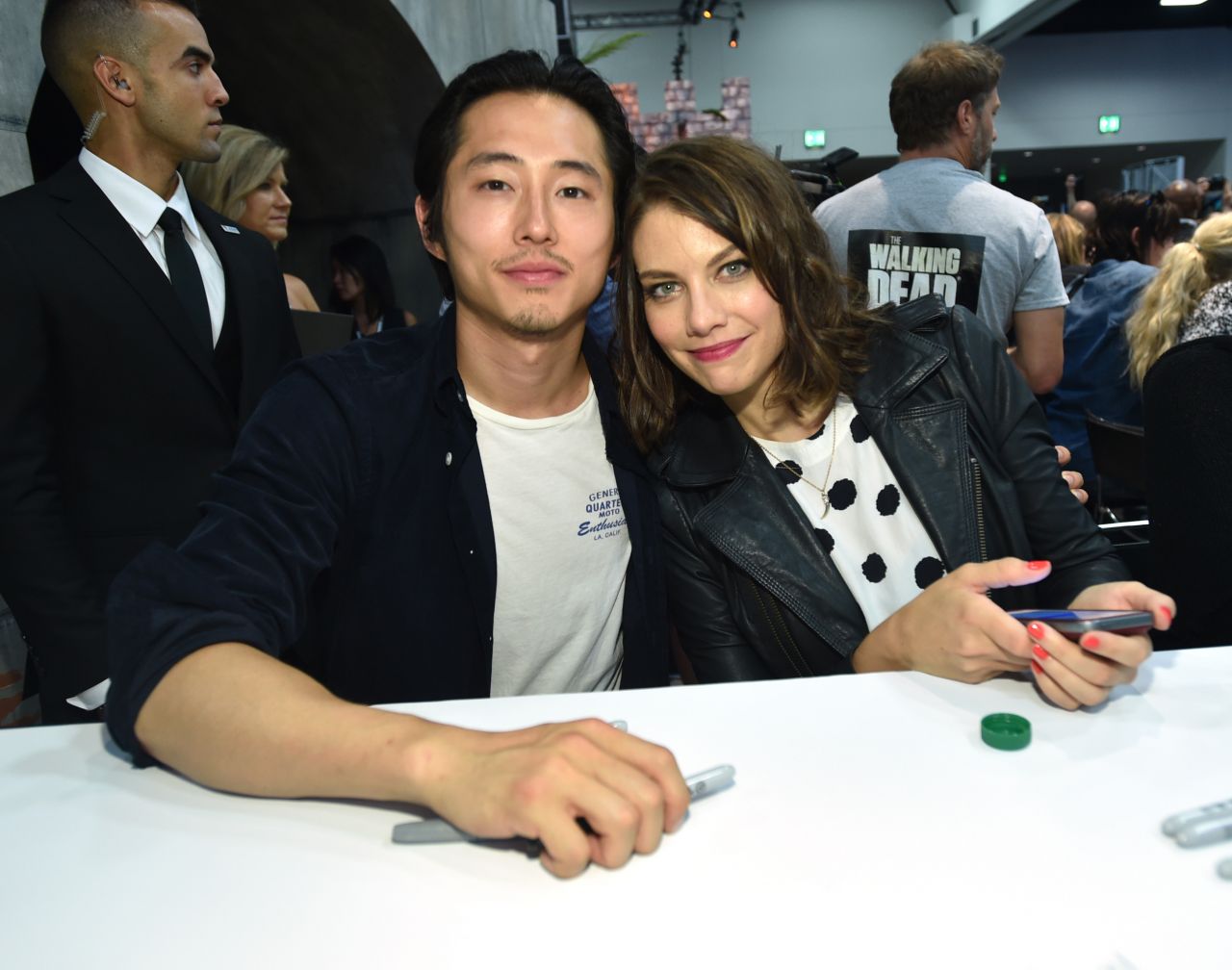 Guys, be ready to reach for the tissues again.

Following the shocking death of Glenn at the hands of Negan in the season 7 premiere, Steven Yeun and Lauren Cohan weighed in on his final words as well as what’s next for Maggie and their baby.

On Sunday’s Talking Dead, Lauren interpreted her on-screen’s husband’s final words to mean “in this life or the next.”

“Glenn was fighting to find words and ‘Maggie, I’ll find you’ was a callback to another experience and another time when he really was trying to find her. Maybe it was a subconscious thought or maybe something he held onto for a while that was his driving force, and when he got smashed in the head, it just brought it to the forefront. There are so many ways to look at it.”

Although Steven felt that Glenn went out “in a very Glenn way” and that he didn’t want his death to go to anyone else, he told Entertainment Weekly that he’s still hasn’t processed his departure from the show fully yet.

“This is something that will hit me maybe a couple of months from now. Or maybe it’ll hit me next year. Maybe it will be when I’m 45 and all of a sudden I’m just crying in my kitchen and I can’t explain why. At that point, it was beautiful in that it was so easy for me to get emotional.”

“[My exit] was a really confusing time for me personally. It was a sense of relief that a chapter was closing, a sense of accomplishment in looking back and seeing all the things that I got to be a part of, a sense of sadness in knowing that I don’t get to work with these people in the same capacity again, and a sense of confusion because I didn’t know how to place a lot of it because I had to keep it secret,” he continued.

Check out Steven’s heartwarming farewell to the fans below: