The Walking Dead season 7 premiere episode was a doozy. Whether you loved it or hated it, we lost two amazing characters which will change the way we watch the show forever. We also came head to head with the worst villain we’ve seen yet-but off screen this villain may just be the biggest cuddly teddy bear there is.

According to the Daily Mail, the actors were all smiles and hugs as they walked across the red carpet at Talking Dead, which followed the premiere last night. Negan himself, Jeffrey Dean Morgan, and Steven Yeun shared an embrace-showing that off camera the two are friends, which is awesome! 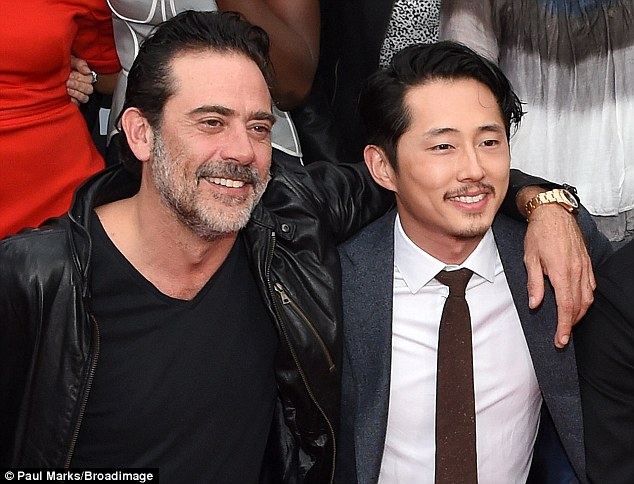 Check this out guys, here’s a picture of Norman and Jeff hugging too! We first noticed how chummy the two were on stage during The Walking Dead‘s big panel at New York Comic Con. The two sat next to each other and couldn’t stop giggling and playing tricks on the rest of the cast. The ultimate bromance, I would say. 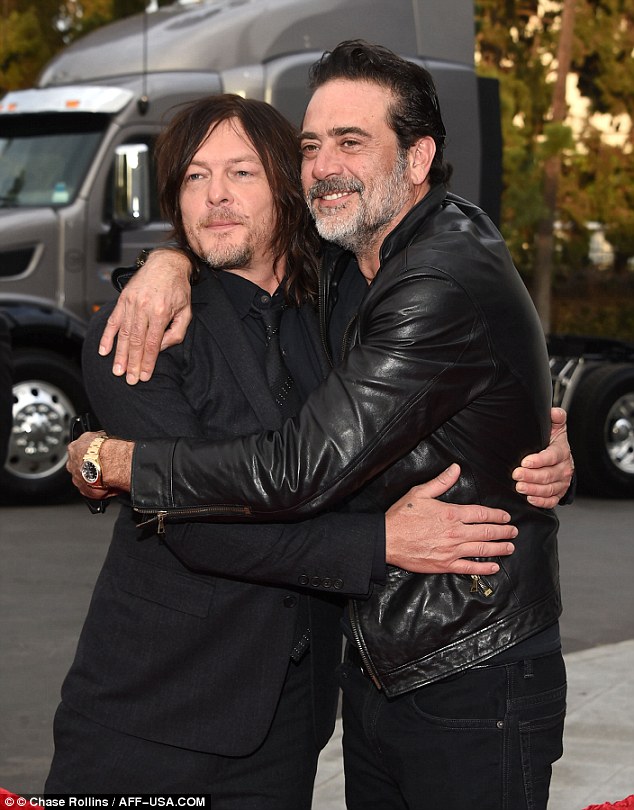