Recently your favorite TV family stopped by your favorite TV talk host’s show, Ellen, for a little fun and conversation about their hit show This Is Us. They also took a moment to film a quick game of Never Have I Ever for her YouTube series Ellen’s Show Me More Show. Milo Ventimiglia, Mandy Moore, and Sterling K. Brown all got their paddles and set off to learn more about each other! 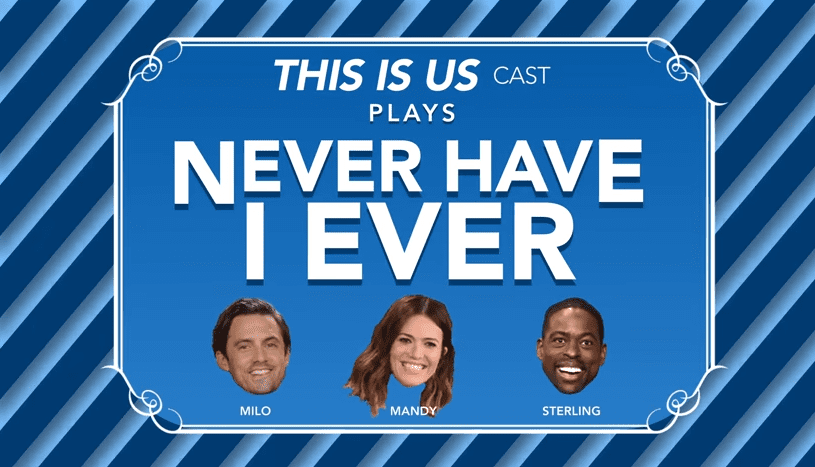 There was no hesitation on Milo and Sterling’s part when asked about whether they’ve ever jammed out to a Mandy Moore song, however, they were shocked to see that Mandy had never done it herself. Turns out that she just would change the station if she ever came on the radio. Also, PSA – early Mandy Moore songs were amazing! 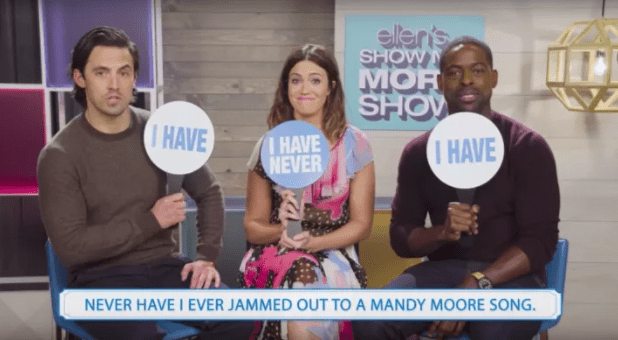 Mandy was surprised to learn that both her co-stars had been to a nude beach, but for Sterling, it was just the one time because “it’s not necessarily the people that you want to see nude at the nude beach.” 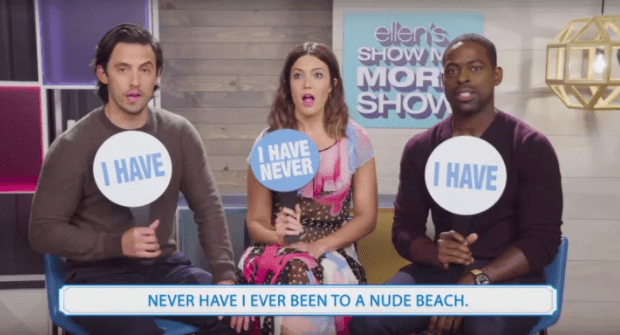 Just like the perfect Pearson’s they are, none of them had ever tried using their celebrity status to get out of a ticket. Although, Sterling wasn’t even sure if ‘black people could do that’. 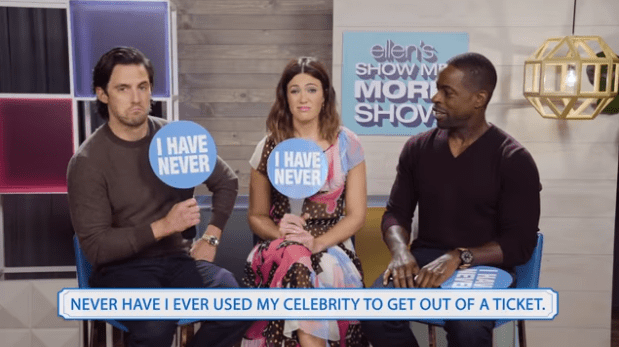 The things got a little bit awkward when they were asked if they’d ever had a sex dream about a co-star. 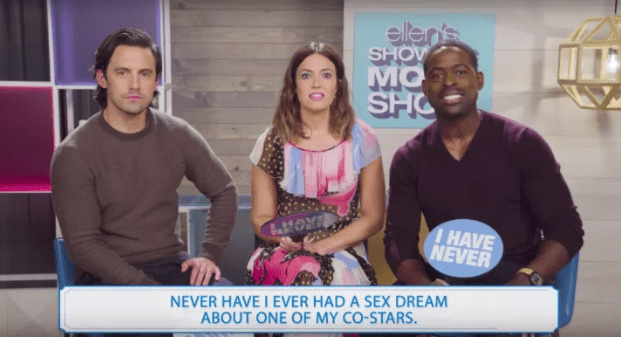 Milo said he hadn’t….sure….but Mandy said that she was sure she “probably” had at some point in her career. 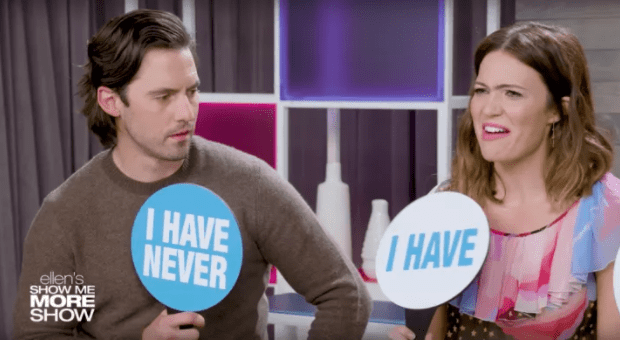 Never one to let an awkward moment go to waste, Sterling flipped his paddle to ‘I Have’ and had a little fun with Mandy. 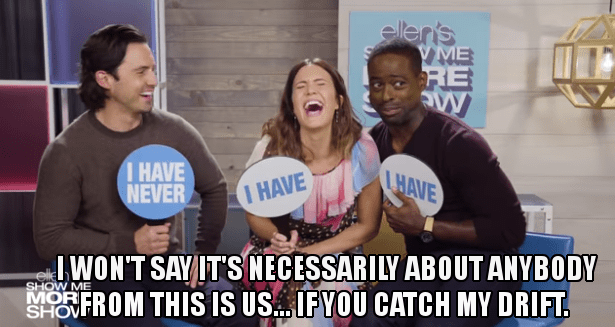 And he really went there ensuring that everyone was totally creeped out.

Things quickly got back on the right track when the group was asked about the special bond that they all have on This Is Us. 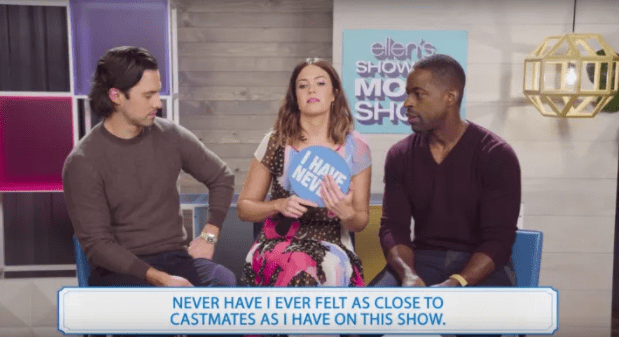 “This is the best job I’ve ever had and that’s thanks in large to you guys,” Mandy said.

Home » Featured » Sterling K. Brown Had Some Weird Fun When the ‘This Is Us’ Cast Played Never Have I Ever