The camera’s are rolling, my friends! 20 years after the release of the 1990’s horror mini series, our remake is now in production! 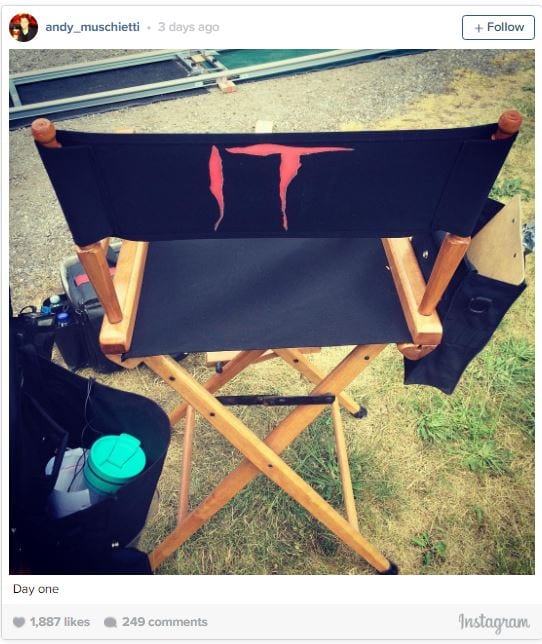 Muschietti, made his mark in the horror film industry with his directorial debut back in 2013 with the film, Mama. He co-wrote the film with Neil Cross and his sister Barbara after his short-film entitled Mamá had fans such as Guillermo del Toro (executive producer for Mama) wanting more.

It’s remake has been in development for a long time as the project was announced by Warner Bros. back in March 2009. A few years later, the studio confirmed the remake would adapt the original 1990 film into two-parts and likely be set in modern day rather than the early 1990s.

It, was actually a novel first, written by best-selling author Stephen King. It was a supernatural horror miniseries in which the story centered around a mysterious, vicious monster who had the ability to transform itself into its victim’s worst fears. The most notable and well known appearance that the monster would appear as was a terrifying clown named Pennywise. Pennywise would track down his victims, most of whom were children, by feeding off of their fear energy, before ultimately killing them.

Be sure to check back with us for more updates on the remake of this classic horror film!