This week, Star Wars celebrated its 45th anniversary. As it is approaching the half-century mark, Star Wars is already closing in on the fiftieth year since it debuted in theaters to revolutionize film. Lucasfilm president Kathleen Kennedy believes that the beloved mythology has the potential and capacity to endure through time and last forever. 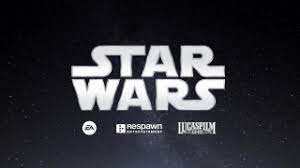 Based on the number of films and TV shows currently in production, it appears that everyone at Disney is operating under the same premise. trends come and go, but certain brands that were popular in the 1970s, 1980s, 1990s, 2000s, and even 2010s have already dropped out of fashion.

Kennedy spoke to Variety after the Star Wars Celebration panel, during which both in-person attendees and the internet community went wild. He sounded more certain than ever that a galaxy far, far away will continue to provide material for years to come.

“We’re continuing to expand on Mandalorian. Ahsoka is the next iteration of that. And then what Jon Watts is doing with his show. It gives us different places on the timeline to look at, because there is this persistent story of Star Wars. That’s what we’re building on.

So rather than thinking that we’re just going to go do a one-off story, we’re constantly thinking about what does this really mean inside the long saga and mythology that George Lucas created. So it could go on forever, to be perfectly honest. If we have good storytellers, it will go on forever.” Given the enormous amount of time involved in maintaining a brand’s relevance, let alone ranking as one of the most famous, recognized, and iconic names on the planet, it would be foolhardy to even consider Kennedy’s accusations.

Home » Movies » ‘Star Wars’ Will Live On Forever, According to Kathleen Kennedy