Here is your first look at the new theatrical poster released by Lucasfilm! 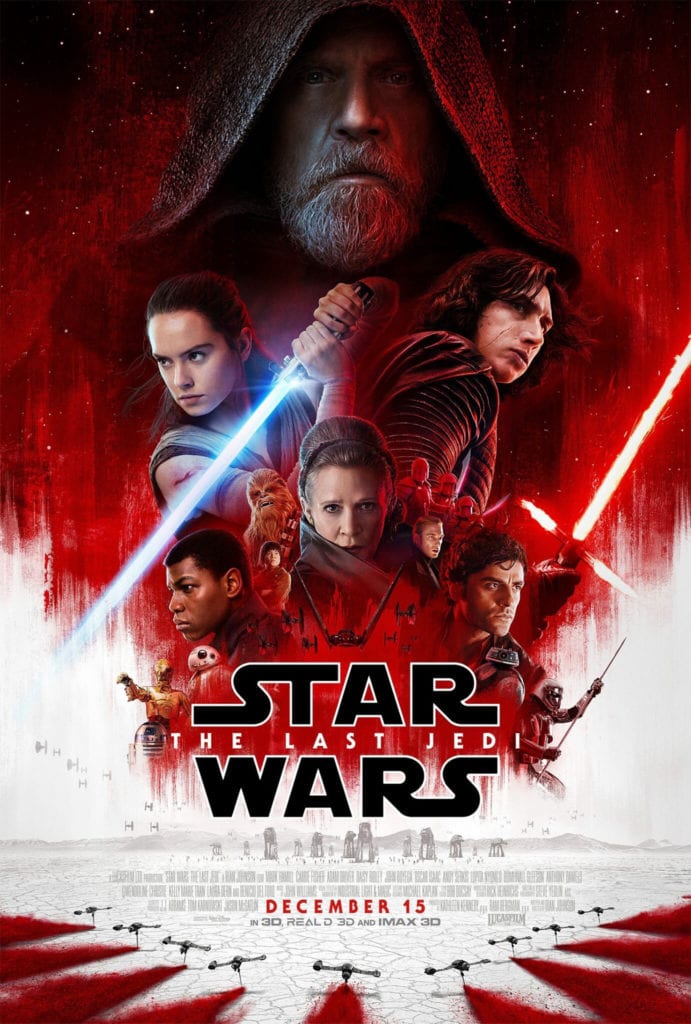 Carrie Fisher as General Leia Organa is in the center. Rey and Kylo Ren are seen opposite each other separating the Resistance from the dark First Order. Luke Skywalker is above them all against the blood-red background.

For a look at the recently released trailer and ticket purchases, click HERE or the link below.