Though Star Wars fans are sad that The Clone Wars ended it was certainly a relief, too. Just in the sense that after so many years we finally got a proper ending. Not only did we get an ending but that last season of The Clone Wars was pretty spectacular. We’ve known for a while now that The Clone Wars would be getting a spin-off. We’ve seen trailers for The Bad Batch already, and we’re going to get to follow some of the clones on their own adventure. The Clone Wars proved that the clones can easily carry their own storylines so it will be nice to catch up with some of them! Now Star Wars: The Bad Batch gets an awesome new poster that we’re sure you’re excited to see! 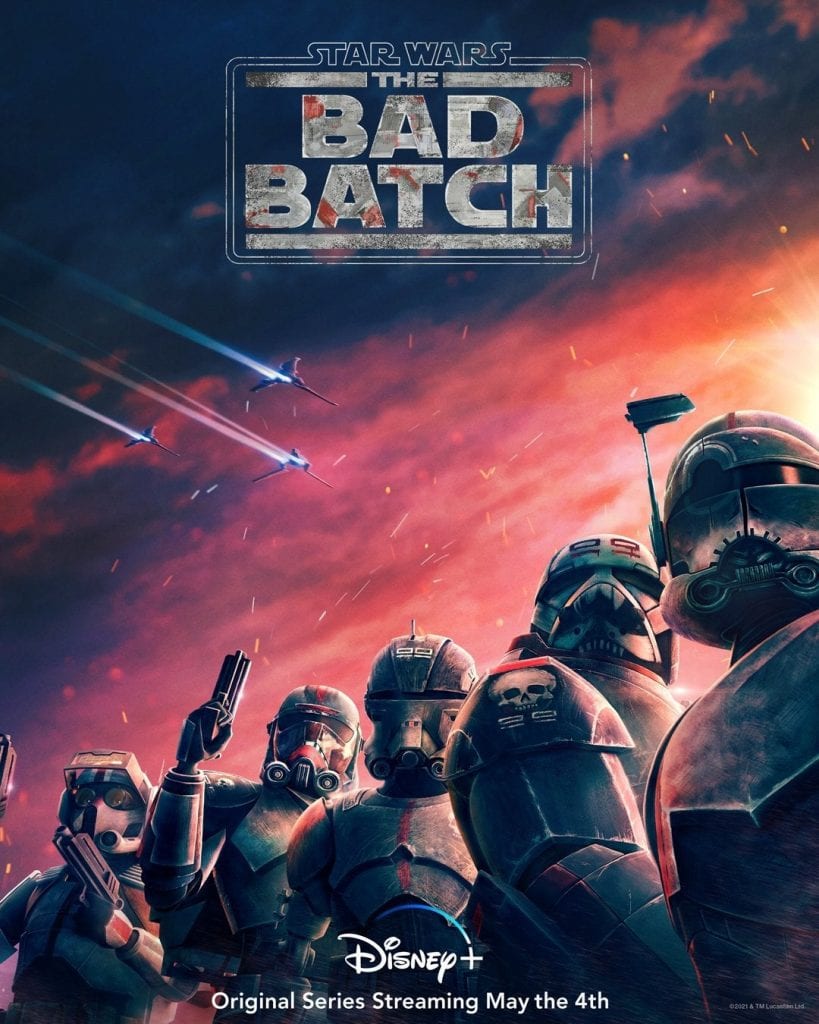 Star Wars: The Bad Batch is going to follow a group of “rejected” clones. We were actually introduced to these particular clones during The Clone War’s final season and they were rather well received. Specific details in regards to the series are being kept securely under wraps. It makes sense since I doubt Dinsey wants any surprises to be revealed ahead of the premiere. The series will debut in May 2021. Dave Filoni, yes THE Dave Filoni, is executive producer of the series which leads me to believe it’s in good hands.

“Giving new and existing fans the final chapter of Star Wars: The Clone Wars has been our honor at Disney+, and we are overjoyed by the global response to this landmark series. While the Clone Wars may have come to its conclusion, our partnership with the groundbreaking storytellers and artists at Lucasfilm Animation is only beginning. We are thrilled to bring Dave Filoni’s vision to life through the next adventures of the Bad Batch.” is what Agnes Chu had to say when the series was released.

Star Wars: The Bad Batch will hit Disney+ on May 4th. May the 4th be with you.

The Bad Batch gets an awesome new poster